A 16-year-old girl scout finds out how much she can influence the lives of people far away in Zimbabwe. 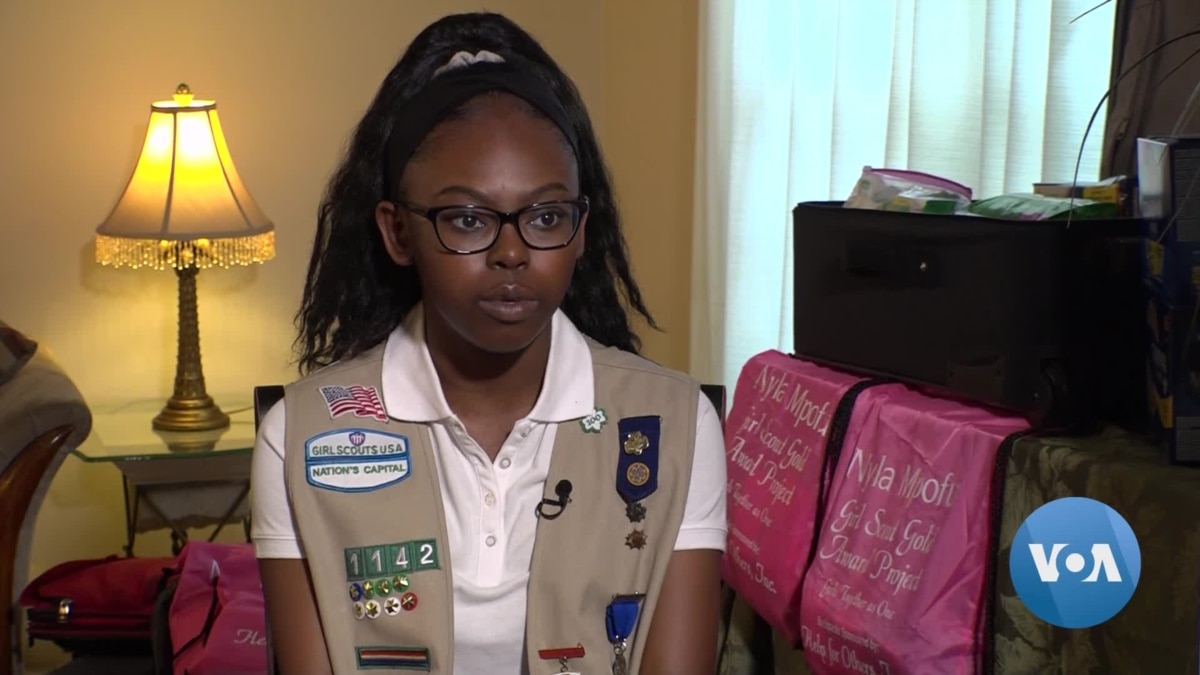 Years of being a Girl Scout showed Nyla Mpofu how to serve others.

So, she decided to apply for the yearly Girl Scout Gold Award, the group’s highest and most valued prize. She would get it, she decided, by helping girls thousands of kilometers away in Africa.

The idea behind Nyla’s project was to give girls in Zimbabwe personal health products. She hoped it would help them learn about health and cleanliness.

With the help of a group of her school friends, Nyla gave boxes to her neighbors in Sterling, Virginia. The 16-year-old high school student asked them to donate personal health products.

“After that, I started receiving donations and mostly getting the word out with my friends. Then, they told their parents,” she says.

Months of donations resulted in lots of daily cleanliness products such as toothbrushes and toothpaste, soap, towels, underwear and bras.

A trip to Zimbabwe

Nyla was not alone. Her friends helped her put the products into small packages. She also received support from Help for Others, a local non-profit run by her mother.

“I supported her in helping with the flyers, just helping her get the word out and connecting her with individuals in Zimbabwe,” Gloria Mpofu says.

Nyla traveled to Zimbabwe and met with girls and young women in several areas. She gave out the donated items and explained the importance of daily cleanliness.

Her mother traveled along with her. She says the idea was to help girls make healthy choices in their daily lives. These choices could prevent disease and improve their quality of life.

“She talked about how it’s important simple things like washing your hands, brushing teeth…can help girls and women in the community just have a healthier life,” Mpofu added.

Nyla also gave out information to the people she met with.

“They can take the information and teach (others) to have knowledge about…the menstrual cycle,” she said.

A project that began as a way to help girls in Zimbabwe ended up showing Nyla how much she can bring about change in people’s lives.

“I, maybe, realized that I can do so much and not to think lower about any situation I’m in because of taking the lead,” Nyla adds. “So, it was a great impact.”

The winners of the Girl Scout Gold Award will be announced in August. The award is given to fewer than 6 percent of Girl Scouts each year and about one million girls have received it since 1916, the Girls Scouts said.