Questions remain in Moz as US court clears boat merchant

There was silence in the Mozambique capital, Maputo, on Monday evening as a New York court found shipping salesman Jean Boustani innocent on charges of bribery and money laundering brought by the US Department of Justice.

Source: Questions remain in Moz as US court clears boat merchant – The Zimbabwean 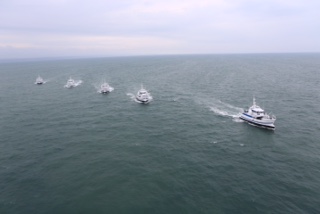 In a case that mirrored scandals against the ruling party in Zimbabwe, and former South African president Jacob Zuma, jurors heard of donations to Frelimo’s 2014 election campaign, and to Filipe Nyusi in his run the same year for president.

Last month, Nyusi won a second term in a poll critics said was not free and fair.

In New York, prosecutors had led that Mr Boustani defrauded American investors and bribed officials in Maputo to win a tender for building a fleet of fishing vessels along with intercept craft to pursue marine poachers, and a radar system to detect ships entering the country’s territorial waters.

The order was delivered on time and the vessels deemed fit for purpose, but an investigation would later show how money to fund the deal had gone missing from loans obtained via Credit Suisse and a Russian bank.

Mr Boustani was charged with three counts of conspiracy to commit fraud and money laundering, all of which he denied.

Two bankers from Credit Suisse, Andrew Pearse and Surjan Singh, told the court they had received around $50m from the project. A third banker, Datelina Subeva, had also pleaded guilty to the charges, but was not called to testify.

Mr Boustani, a Lebanese national working with the Abu Dhabi shipbuilder Privinvest, said the company had donated towards ruling-party Frelimo’s 2014 election campaign, including money to presidential candidate Filipe Nyusi who is now head of state.

Jurors were shown emails that prosecutors said were evidence of, “bribes and kickbacks.”

But Boustani rejected that. “If you have to deal with the government, you need to get deal makers, usually you have brokers and middlemen,” he said.

“In America maybe they’re called lobbyists, to open doors, to secure the licences, and concessions, to execute the project. I was primarily seeking to find agents to develop business in Africa.”

The US legislation under which the case was brought aims to protect American investors and prevent fraud and money laundering where US funds are used. None of those claims, the jury said, had been proved.

Boustani’s lawyer, Randall Jackson, put up a strong defence. “Jean has sold nothing to investors, he was a salesman only to Mozambique,” he told the court in his closing arguments.

And the boats were delivered, so the customer had not been cheated. “This is a murder trial, when the victim is still alive,” he said.

Jackson is a rising star among defence counsel in the US and the case will add to his reputation for explaining complex issues to a jury who may have little knowledge of the law.

In Mozambique, the fishing vessels and the system that went with them — including technology to set up the country’s own boat-building industry — remains one of the biggest scandals since independence from Portugal in 1975.

The opposition Renamo movement has called on President Nyusi to resign, alleging that he and senior members of the party benefited from the deal.

The government has laid its own claimagainst the ship builder, to be heard at a commercial court in London next year, but with yesterday’s verdict, and the revelations of payment to Mr Nyusi and others, it is uncertain whether the case will proceed.

The United States has sought others for prosecution including former finance minister Manuel Chang who remains in South African custody awaiting extradition to either New York or Maputo. Pretoria has yet to respond to the judgement.

But a spokesman for Privinvestsaid his company was “grateful” for the “unanimous verdictof not guilty”.

“The jury has fully rejected the government’s baseless and misguided allegations,” he said,

“The verdict completely exonerates Mr. Boustani and confirms what Privinvesthas said for the past four years: there was absolutely no wrongdoing with respect to the Mozambique maritime projects.”

The Mozambique government has yet to comment, but Renamo and other opposition groups have called for a full enquiry.

Mr Boustani, a Lebanese Christian, said he hoped to spend Christmas with his family in Beiruit.