South African President Cyril Ramaphosa says his country favours the lifting or easing of international sanctions on neighbouring Zimbabwe, whose new government has cracked down on protests over a dramatic rise in fuel prices. 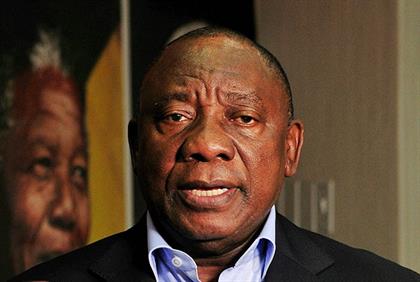 The Latest on Zimbabwe’s deadly unrest (all times local):

South African President Cyril Ramaphosa says his country favours the lifting or easing of international sanctions on neighbouring Zimbabwe, whose new government has cracked down on protests over a dramatic rise in fuel prices.

Ramaphosa spoke on the sidelines of the World Economic Forum in Davos, Switzerland, saying Zimbabwe faces “serious, serious, economic challenges and they can be assisted by the world if those sanctions are lifted.”

The United States has sanctions on Zimbabwean officials including President Emmerson Mnangagwa and says certain human rights reforms are needed to lift them.

Speaking to the Associated Press, Zimbabwe Finance Minister Mthuli Ncube said that “we don’t need to be told by anyone that we need to do better on human rights or open up democratic space … we need to do it for ourselves.”

Despite the unrest that doctors say has killed at least 12 people, Ncube called the protests a sign that Zimbabwe was democratising after Robert Mugabe’s 37-year rule.

Ncube also said he hopes to gain access to some $500 million in lines of credit at Davos, adding that “one can never say” how close he was to securing it.

Zimbabwe Doctors for Human Rights says it believes the 12 deaths and more than 300 injuries it has documented in the past week’s crackdown on protests “are just a fraction of the actual victims.”

Dr Norman Matara told reporters in Johannesburg that others who died on the street were taken directly to mortuaries and many injured were afraid to seek medical treatment.

He says several people were arrested and dragged from their hospital beds. Some people shot in the head at close range and died. An estimated 50% of those wounded were bystanders hit by stray bullets when the military opened fire on crowds.

The group documented abuse of people as young as 9. The doctors saw a pattern of violence across the country, suggesting that security forces were trained in torture methods and the violence was “premeditated.”

South Africa says it is considering a bailout for neighbouring Zimbabwe “as long as it is affordable for our side.”

Foreign Minister Lindiwe Sisulu says she is meeting with her Zimbabwe counterpart at the World Economic Forum in Davos, Switzerland and that “support will be provided.”

She says South Africa is monitoring the situation in Zimbabwe, where doctors and activists say at least 12 people have been killed in a week of unrest over a dramatic rise in fuel prices. The state-backed Zimbabwe Human Rights Commission criticizes the use of the military and live ammunition in a crackdown on the protests.

The government-backed Zimbabwe Human Rights Commission says it has documented eight deaths in a days-long crackdown on protests over a dramatic fuel price increase.

The constitutional body’s statement on Tuesday came hours after President Emmerson Mnangagwa cut short an overseas trip to return home and announced that violence by security forces would be investigated.

The rights commission criticizes the use of the military and live ammunition and says the government has not learned from the deadly post-election crackdown in August in which six people died.

The commission says the government should “ensure compensation for those that have been victims of military and police brutality.”

Zimbabwe’s president calls violence by security forces “unacceptable” and says it will be investigated after a week of economic crisis and crackdown in which activists said a dozen people were killed.

President Emmerson Mnangagwa on Tuesday called for a “national dialogue” among political parties. He spoke upon returning home after skipping a visit to the World Economic Forum in Davos, Switzerland to deal with unrest.

Zimbabwe’s military was in the streets last week for the first time since post-election violence in August in which six people were killed. This time, people reported being hunted down in their homes by security forces and severely beaten.

Mnangagwa says chaos and insubordination will not be tolerated and “if required, heads will roll.”

He defends the dramatic fuel price increase that began the unrest.