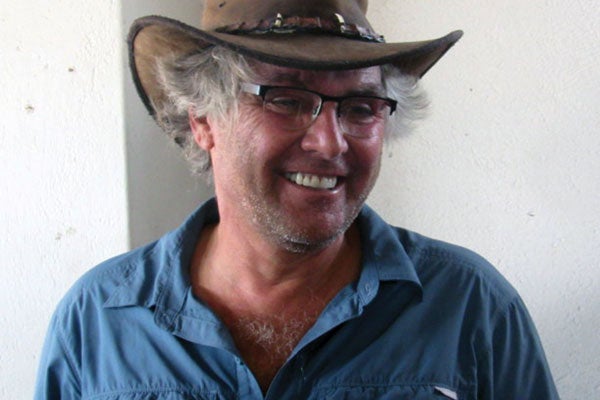 EXPLOSIVE minutes of a meeting convened by Local Government, Public Works and National Housing minister July Moyo to resolve a land ownership row between five housing co-operatives and Billy Rautenbach (pictured) show that the business mogul paid RTGS$60 000 (which was equivalent to US$60 000 at the time) to the Zimbabwe Republic Police for “protection” at the height of the dispute, the Zimbabwe Independent can reveal.

Rautenbach’s vast business interests range from ethanol blending (through his investment vehicle Green Fuel) to real estate and mining.At the centre of the land wrangle, which pits Joshua Nkomo, Leopold Takawira, Wadzanai, Mydek and Dzapasi housing co-operatives against Rautenbach is stand number 48 Aspindale Park Township of subdivision A of Aspindale Park of subdivion A of Lochinvar measuring 100,3134 hectares.

They are also fighting over the remaining extent of Salisbury Park of Lochinvar measuring 80,7875 hectares to which the business magnate holds title through Marimba Properties.

According to minutes of the meeting, dated July 25, 2019, Rautenbach intimated that in a bid to stop the illegal settlers from occupying his land, he paid the ZRP’s Support Unit RTGS$60 000, to secure his protection.

The minutes read: “He (Rautenbach) noted that despite having been asked to pay US$60 000 to ZRP Support Unit in order for his staff to have police protection whilst they conducted surveys on the stand. He stated that the ZRP Support Unit only came to the site one day and never came back.”

However, according to a quotation generated by ZRP (Harare South District Southerton) undersigned by Staff Assistant Inspector S. Mangena, the police expressed commitment to render security services to Marimba Residential Properties from May 9 to June 12, for a sum of RTGS$60 588.

The quotation reads: “Quotation in respect of security to be provided by police during your works on Stand 48 Aspindale Park Township: 09 May to 12 June 2019 from 0630hrs to 1600hrs. Reference is made to the above subject matter. You are required to pay a total amount of RTGS$60 588,00 for police security and insurance.

“You are also informed that payment should be made prior to the event. You are therefore required to pay cash or alternatively deposit the money into our account”.

Marimba Residential Properties deposited the amount into the ZRP Harare South District CBZ account 02323562250015.The quotation was generated on May 8, 2019.
But when quizzed about the RTGS$60 000 payment to the police, Officer Commanding Harare Province Bernard Dumbura professed ignorance over the matter, saying: “I cannot say it was paid or not, but if it was paid, it was not paid to me.”

He said he only met with Rautenbach’s lawyers to try and obtain a declaratory order, which would assert the business mogul’s rights to the land.
“I remember I was called for a meeting. After that meeting I met Billy’s lawyers to push for a declaratory order to assert his rights,” Dumbura said. “During the meeting, I said we needed to look into the issue with their lawyers and determine if the police was needed. I am not aware of any amount that was paid. As police we have procedures on receiving money. You don’t just receive money.”

The minutes, however, reveal that Rautenbach was promised that he would be refunded his money after making complaints against the police.“He (Rautenbach) was subsequently telephoned and informed that he would get a refund of his money,” the minutes read.

According to the minutes, Rautenbach warned that judging by how the land squabble had been handled by the government, investors would keep away from a country that disregarded property rights.

The minutes also show that to resolve the dispute, Rautenbach proposed that the occupants of the land were supposed to pay Marimba Properties for a period spanning 20 years, failure of which his investment vehicle was willing to buy out the illegal settlers.

“BR (Rautenbach) stated that he was willing to allow current occupants of the stands to pay Marimba Properties over 20 years and if any settler fails to pay for the property, then the company can buy back the property,” the minutes read. “He emphasised he was an investor in Zimbabwe and firmly believed that people will not invest in Zimbabwe unless government can secure property rights.”

Minister of State for Provincial Affairs Harare Province Oliver Chidawu, who also attended the meeting, according to the minutes, questioned the approach of the law enforcement agents who seemed to take sides with the illegal settlers.

“Oliver Chidawu noted that in a previous meeting with the ZRP, the ZRP legal department seemed to side with the co-operatives,” the minutes read.

Chidawu also took a swipe at law enforcement agents at Marimba Police Station, whom he accused of receiving bribes to obstruct the course of justice.

The minutes read: “Oliver Chidawu highlighted that the Officer-in-Command of Marimba Police Station had proved to be unhelpful, giving credence to reports that he has been compromised with stands and money. He noted that Waterfalls Police Station is also very corrupt.”

During the same meeting, Moyo implored law enforcement agents to contain the land ownership feud, which threatened to spiral out of control.

“July Moyo also requested the assistance of the ZRP on the issue of space barons in Harare and stated that in the spirit of devolution, it was incumbent upon provincial authorities to handle their issues before they are escalated to the National Joint Operations Command (Joc). He noted that it was not sufficient to merely remove land barons, but this must be followed up by prosecution in appropriate cases,” the minutes, seen by the Independent this week, read.
At the time of going to print, Moyo had not responded to questions sent to him. His mobile phone was not reachable.