RBZ, business set for showdown over Statutory Instrument 127 of 2021

The Confederation of Zimbabwe Industries (CZI) wants the government to suspend the “heavy handed” decree promulgated last week as it has the potential to kill market confidence.

Source: RBZ, business set for showdown over Statutory Instrument 127 of 2021 – The Zimbabwean 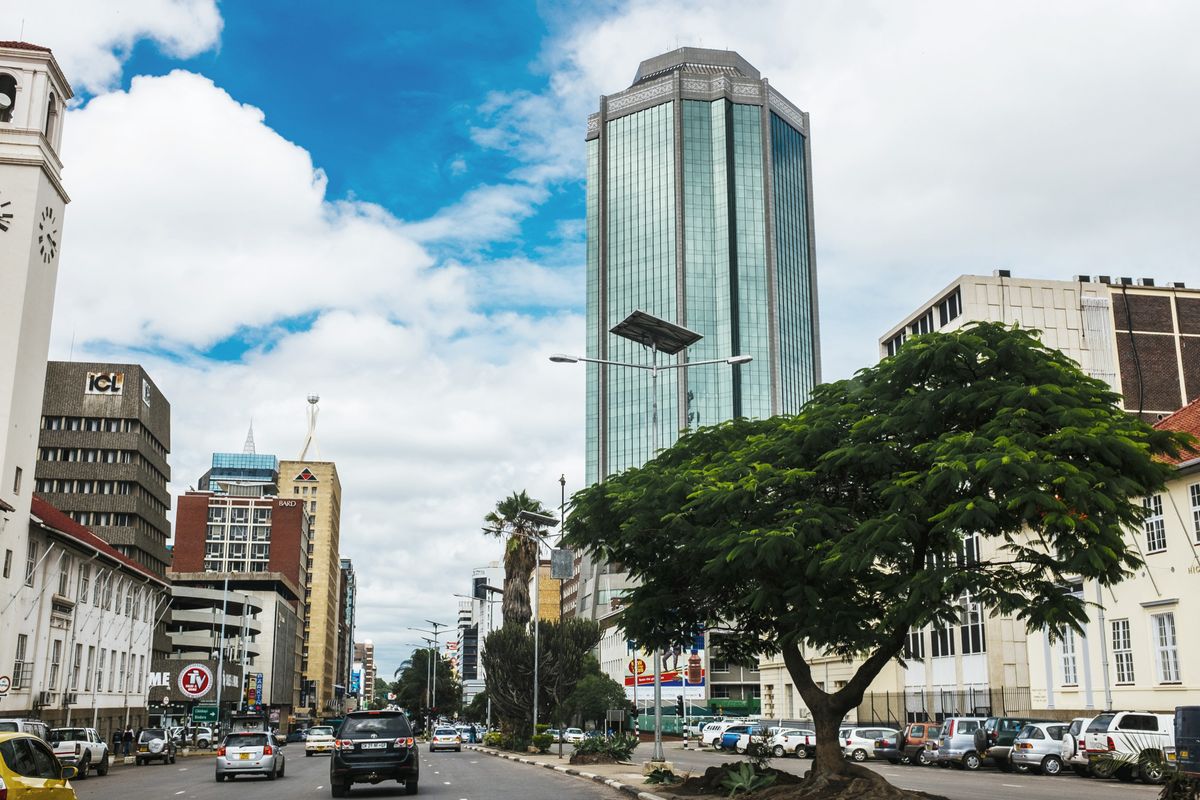 Statutory Instrument (SI) 127 of 2021 gazetted last week gives the central bank teeth to bite abusers of the auction system and converted all the previous policy directives into law to allow action against those refusing to co-operate.
The new legal instrument gazetted under Presidential Powers (Temporary Measures) (Financial Laws Amendment) regulation, empowers the Reserve Bank of Zimbabwe (RBZ) to impose hefty penalties on businesses issuing local currency receipts for a foreign currency purchase, pricing of goods and services above the ruling exchange rate, pricing of goods and services only in foreign currency and using the money obtained from the auction system for other purposes than what the supporting invoices on the bid state.

In its response to the decree, CZI called for an urgent meeting involving industry, the ministry of Finance and RBZ to avoid rocking the boat.

“CZI recommends that implementation of the SI be suspended, and urgent stakeholder consultations be held between government and business to come up with a way forward that will not jeopardise the rebound witnessed in the economy to date,” it said.

“… we feel strongly that we are very close to achieving overall macroeconomic stability, necessary to power sustained recovery and growth. Both market and policy deficiencies can be addressed without jeopardising that trajectory with a heavy-handed SI which will likely reverse the gains of the past year.”

The industry body noted the government’s frustration with some aberrations by a few corporate entities which access forex at the auction rate and yet price at the alternative market rates.

“This is not representative of the entire industry, and we believe engagement between industry and authorities can resolve such aberrations.

The industry body does not support such behaviour in any way, but we also believe it does not warranty the blanket SI which has far reaching adverse implications for the economy,” CZI said.

The call for the suspension of the decree comes as the central bank said business should comply with the directive.

“In the previous SIs we have been persuading businesses to follow the rules of the forex auction market but most businesses were not complying, but with SI 127 of 2021, the legislation was given teeth to bite those who choose not to comply with the new directive,” Mangudya said yesterday.

“I understand that there are some already resisting the new legislation but we will press on those who continue to charge the parallel exchange rates of above 100 on funds obtained from the auction at ZW$85: US$1 as we move to level the playing field for business and protect the consumers.”

It is these anomalies or arbitrage opportunities that Mangudya said the SI was designed to deal with.

The central bank chief said the use of foreign currency for the payment of goods and services is still allowed as per SI 85 of 2020.

Businesses have been given two weeks to regularise their systems so that they can comply with the SI on the receipting of goods and services in either foreign or local currency.

The monetary authorities viewed the decree as an essential means of enforcing compliance which is necessary for continued stability.

But the business say the use of the auction rate would result in consumers converting their US dollars to ZWL$ on the parallel market prior to purchasing, a practice already rampant outside the major retail chains as this will deprive companies of what has become their main source of foreign currency.

Consequently, some, such as the large retail outlets have since stopped trading in foreign currency.

The SI has also forced businesses to hike prices of goods and services across the board. This is likely to lower formal sector US$ cash sales.

CZI said the demand for forex on the auction system was likely to increase significantly as this will become the only source of foreign currency in the absence of domestic sales in forex.

There will also be increased demand for foreign currency in the parallel market, the industrialists body said.

CZI said companies were facing delays in the settlement of auction allotments, a situation which has been affecting companies’ working capital.

This has slowed their recovery.

This has also resulted in an increase in the premium between the official exchange rate and the parallel market rate, which is a cause for concern for business.

CZI said the risk could result in the economy sliding back into hyperinflation as a result of the widening parallel market premium, which has re-ignited a build-up in inflation expectations.

Economist Gift Mugano said the prices have gone up but the madness will stop in the near future as consumers’ disposable incomes will end before mid-month as they were not significantly increased.

“The Statutory Instrument is expected to rein in on errant businesses to be disciplined, however, prices have begun to go up in various retail businesses in reaction with the new legislation, with an expectation that the price correction will happen in the two weeks after businesses see that consumers no longer have the disposable incomes as salaries remained subdued,” Mugano said.

“However, the problem with these SI is that it mainly deals with the formal business at a time when our economy is 60% informal, this may result in non-compliance on the other side unless the government rein in the informal economy.”

Newer Post
Zimbabwe prices spiral after businesses told to stop pricing in dollars
Older Post
If we want Zimbabwean youth to register to vote, then include a “None of the above” option on ballot paper!