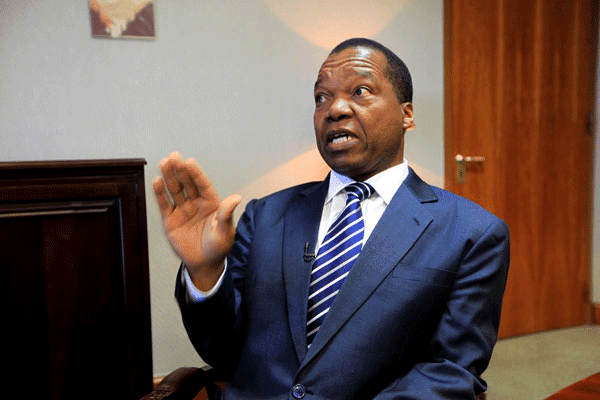 THE Reserve Bank of Zimbabwe (RBZ) has denied reports of printing money despite the supply rate growing 250% last year to $35 billion, with a further 31,42% year to date increase expected by month end.

A report by The Financial Times alleged that secret money printing by the central bank was taking place.

It quoted the International Monetary Fund (IMF) saying they had recently discovered that the RBZ had revved up the printing press to revive the Zimbabwe dollar to provide State subsidies to gold producers.

RBZ governor John Mangudya claimed that the article was malicious, misleading and calculated to tarnish the image of the central bank.

“The bank notes, with concern, that the article seeks to fabricate an International Monetary Fund Executive Board’s Report on the Article IV Consultation for Zimbabwe which development is quite unfortunate and disrespectful of the IMF as an institution and the Republic of Zimbabwe as a member of the IMF,” Mangudya said in the statement.

“As stated in its Monetary Policy Statement of February 17, 2020, the bank reiterates that the growth in money supply, or more specifically reserve money in 2019, was as a result of subsidies on fuel, electricity and grain and government expenditure.

While the RBZ denies printing money, figures from the central bank seem to indicate otherwise.

In the RBZ’s December 2019 monthly economic report, annual broad money stood at $34,98 billion up from $31,82bn in the previous month.

“The growth in money supply reflected increased lending to both the public and private sectors, in support of economic activity,” part of the report read.

The reason behind the growth seemed to point to government needing to fund its expenditure, which was $63,6bn in the 2020 national budget, but has since deviated way off course due to increased subsidies and growing social needs.

The growing social needs are due to rising economic misfortunes from a failing local currency.

Added to this, the 2020 monetary policy last month stated subsidies on fuel, electricity, grain and other essentials, particularly in the first half of 2019, increased reserve money, which rose to $8,8bn last year.