RBZ failing to allocate $US 4,000 TO Masvingo city council

Source: RBZ failing to allocate $US 4,000 TO Masvingo city council – The Zimbabwean 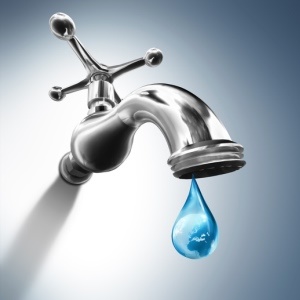 Serious water crisis hits Masvingo City again. It has been a week now as Masvingo Residents are failing to get water from the taps due to a pump failure. Upon inquiring from the city on why they had not rectified this problem we were advised that they were failing to maintain the pump worth $US4000 for over a week now because Masvingo City Council does not have foreign currency in their coffers to import the needed piece of machinery since they were waiting for the Reserve Bank of Zimbabwe to allocate them the $US4000 at a date that is unknown to them.

The situation in the city has been worsening each day with the high probability of the outbreak of cholera and typhoid becoming a possibility with each day unless action is taken. As a result, Masvingo Residents Trust has decided to write a letter to the state Minister, Ezra Chadzamira pleading for his help to facilitate the emergency allocation of the required forex from the Reserve Bank of Zimbabwe. Since August 2018 the city council was failing to provide enough water to residents’, now the situation is out of control faced with the risk of looming typhoid and cholera outbreak in Masvingo.

Masvingo Residents Trust is also aware that council has been providing water in waterworks to residents in these areas on daily intervals however we conducted a survey and discovered that the water is not enough for all household needs and this has led other residents to use contaminated water sources. As residents will strongly condemn a situation where duty bearers want to intervene after this cholera epidemic spread all over the province which is costly and this will be a clear indication of incompetence demonstrated by relevant government institutions. Failing of the government to intervene, for Reserve Bank of Zimbabwe (RBZ) to quickly assist Masvingo City Council with the forex, is promoting cholera to take place. We did not want a situation where a government is wasting resources on issues that can be prevented earlier.

You can get the copy of the letter upon request.