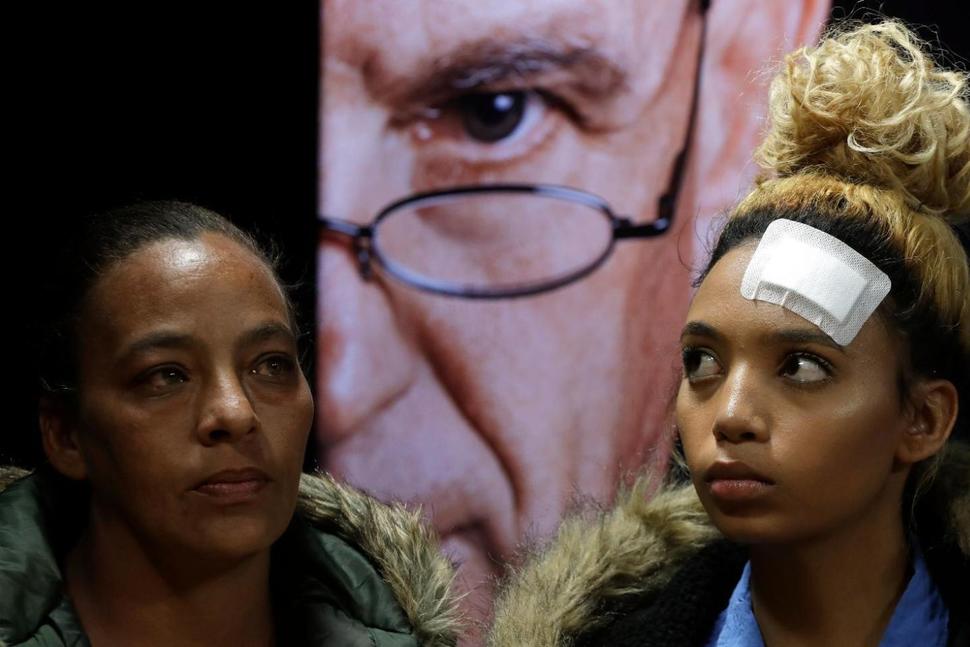 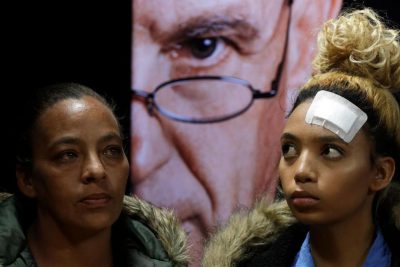 JOHANNESBURG (AP) — Lawyers for the young model who claims she was assaulted by Zimbabwe’s first lady Grace Mugabe in a Johannesburg hotel said Thursday that her family had been approached with an offer of money to drop the allegation.

The lawyers said Engels’ family had been approached with an offer of “financial compensation” by a third party, which Engels refused. “They made an offer and said ‘Let us talk, this will go away.’ … There was no amount mentioned,” said Gerrie Nel, a prominent South African lawyer who has offered his assistance to Engels.

In a letter sent Thursday to the South African government, Willie Spies, another lawyer involved in the case, said the offer was made Tuesday and suggested that Engels should “come up with a figure so that parties could meet in order to settle the matter quietly.”

The scandal has become a diplomatic mess for South Africa’s government and Zimbabwe’s 93-year-old President Robert Mugabe, who arrived in South Africa’s capital late Wednesday apparently to deal with the crisis. He came early for a regional summit of southern African nations this weekend.

South Africa’s minister of police, Fikile Mbalula, said all borders had been notified to prevent Grace Mugabe from leaving the country before the matter is resolved, the African News Agency reported. “The red alert has been put,” Mbalula told reporters.

South African authorities are debating whether to grant the 52-year-old Mugabe diplomatic immunity.

Engels has registered a case with police accusing Mugabe of attacking her with an extension cord in a luxury hotel in a Johannesburg suburb late Sunday. Engels said she was in a hotel room with mutual friends of Mugabe’s two sons, who live in Johannesburg, when the first lady burst in and assaulted her. Photos of Engels posted on social media show a bloody gash to her forehead that she claimed was a result of the encounter.

Police said they’ve completed their investigation into the case and are waiting for direction from South Africa’s government on the status of Mugabe’s immunity request.

The question of immunity is “totally out of our jurisdiction,” said Brigadier Vishnu Naidoo, a police spokesman. Until there is a decision on the immunity application, he said, “the whole investigation is in abeyance.”

Engels has been offered legal help by Nel, a former state prosecutor who now works as a private prosecutor for AfriForum, an organization that primarily represents the rights of South Africa’s white Afrikaner minority. Nel secured the murder conviction of Oscar Pistorius.

If Engels’ case goes to court and Mugabe is convicted a jail sentence could be possible, Nel said.

Engels attended a news conference on Thursday, a bandage still on her forehead, but did not comment. Her mother, Debbie Engels, thanked AfriForum for offering to help.

“Now I know this woman is not going to get off scot-free for what she did to my child,” she said.

It is unclear whether Grace Mugabe entered South Africa with a personal or diplomatic passport. Zimbabwe’s state-owned Herald newspaper reported last weekend that she was in South Africa seeking medical care.

The debate over whether Mugabe should be granted immunity quickly took on a political dimension in South Africa, with the opposition Democratic Alliance calling on President Jacob Zuma’s Cabinet to ensure the first lady is brought to justice.

“Ms. Mugabe should have applied for diplomatic immunity before she came to our country, not after she finds herself facing criminal charges,” said Zakhele Mbhele, a member of parliament for the Democratic Alliance. He said the police minister “needs to do his job and ensure she is arrested and has her day in court to answer the serious charges against her.”

Copyright 2017 The Associated Press. All rights reserved. This material may not be published, broadcast, rewritten or redistributed.