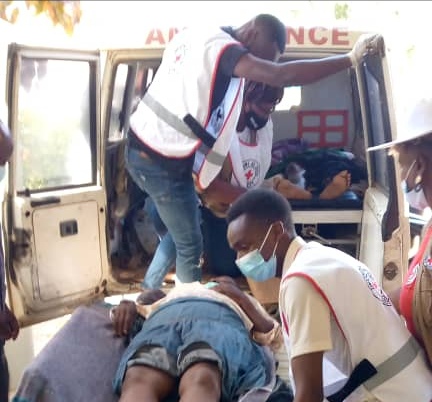 BY MOSES MUGUGUNYEKI
THE Zimbabwe Red Cross Society (ZRCS) has mobilised medical personnel, volunteers and medical consumables to support victims of the Chipinge bus accident which claimed 37 lives, and left 71 others injured.

The accident happened when a bus carrying members of the Zion Christian Church veered off the road and landed in a gorge near Jopa, between Chimanimani and Chipinge on the eve of Easter holidays.

“Red Cross mobilised volunteers who helped in receiving both the casualties and the bodies from the scene of the accident in Chipinge while they also fuelled two ambulances to transport patients to Mutare Provincial Hospital,” Chikukwa.

“We also established a restoration of family links desks in Chipinge to support families to connect or know the fate of their missing relatives, including minors. In addition, the families have also been provided with food.”

Chikukwa said ZRCS established a post at the Mutare Provincial Hospital where relatives of the deceased and injured passengers were receiving counselling and psychological support.

He said the Red Cross also supported the Mutare Provincial Hospital with medical consumables and drugs to assist the accident victims.