Being in Harare in the past two weeks has been quite an experience. The Mugabe era has finally closed and he has been sent off to wherever he is destined by the country in a dignified and even spectacular manner. 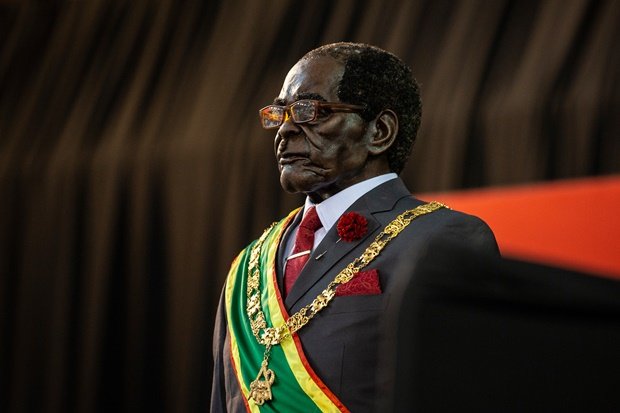 But from a people perspective the whole operation was just a curiosity – we have already moved on and this just seems like another diversion from the harsh realities of daily life.

But whatever you think about the man, he was at the very centre of this country’s history for longer than any other leader in our history. Just for once let’s consider the contribution of the men who have made this part of the world what it is today. First the leaders who led the historical migration from north Africa of the people who settled and built Great Zimbabwe and established a kingdom that dominated the region for over 500 years. Then the man who led another migration – this time from the south in the form of Mzilikazi who brought thousands of his people to settle in and around a place he called Gubulawayo or the “Place of Slaughter”.

By the time these migrants arrived, the Monomutapa Kingdom was long gone and all that remained were signs of their activities in stone structures built across the country and evidence of a community that had traded across the world and was known as being rich in gold. The new migrants were very different in culture and language. A tribal group with a military history who dominated the southern regions of Africa and were destined to be defeated in South Africa by the Boers and in Zimbabwe, by the Settlers who came to the country in 1893.

Mzilikazi was followed by Lobengula who was finally responsible for negotiations with the settlers and was defeated in a series of battles with the settlers culminating in his suicide in the distant Zambezi valley and an uneasy peace treaty with Rhodes that prevailed until the early 60’s of the subsequent century.

Then the long shadow of Rhodes, never really recognised as a national leader, Rhodes was a global colossus in every way. He died at the age of 49, spent less than 25 years in Africa but has had an influence that continues even today. He founded 73 companies – two of which, even now, are in the top 500 firms internationally. He fixed the boundaries of Swaziland, Mozambique, Zimbabwe, Zambia, the Congo, Lesotho and Botswana. He was Prime Minister of the Cape and a confidant of Kings. Whatever you think of the man – he was a towering figure in his day and has had global influence. In many ways his shadow continues to lie across the sub-continent.

Then Lord Malvern, Prime Minister of Rhodesia for 37 years – the longest serving Prime Minister in the Commonwealth. A medical doctor professionally, he led the country through the Second World War and into the Federation of Rhodesia and Nyasaland. He dominated the country politically by a canny combination of co-option of his opponents and carefully protecting the interests of the small but dominant white population. At the same time, he used our position in the Commonwealth and the Sterling Zone to create a small but competitive economy based on its mines and farms.

Under his long leadership, the countries white population thrived and in their own way made a global contribution becoming leaders in both agriculture and mining and establishing a monetary and fiscal system that made the Rhodesian currency one of the strongest in the world. In addition, albeit too slowly, Malvern created a small but sophisticated system of schooling for black Rhodesians which eventually produced the leadership of the Nationalist movement which ultimately prevailed and brought Zimbabwe to Independence.

Then Ian Smith. He led Rhodesia for 17 years and was responsible for a spirited attempt to stop history. He failed but not for want of trying and the one thing he was skilled and adept at was how to secure and maintain the trust of the local white population. The black Community had begun demanding a greater say in how the country was run in 1949 when the emerging leadership led a national strike. This was followed by the creation of Zanu and Zapu under leadership that was to dominate the country after Independence in 1980. This led inevitably to the liberation struggle which really started in 1962 when the armed struggle was launched by Zapu. This intensified in 1972 when the first Zanla guerrillas entered the country and launched the phase of the war that would eventually lead to Independence in 1980.

The Americans classified the Rhodesian war as a “low level guerrilla conflict” but that hardly describes the heroic but futile attempt by the tiny white settler community that had dominated the country and even the region since 1893, to hold onto power. The story of the heroism of both sides in this conflict is impossible to tell without engendering feelings of hostility and anger, even today, but that does not deny its truth. But was it worth the sacrifice many asked, when after thousands of casualties and hardship the Rhodesians won all the battles but lost the war.

My own personal view is that the Kissinger intervention in September 1976 saved the country from a savage transition that would have made the country a ruin. Smith called it the “Great Betrayal” and even Kissinger confessed in his biography that it was a task he took little pleasure in but felt it was necessary to bring this senseless conflict to a halt.

And then Mugabe. The real story of how he came to power in 1980 when in fact he had not played a significant role in the armed struggle and had even been a relatively junior member of the group of National leaders who had negotiated Independence at Lancaster House in 1979. But that is history. The issue today is what did he do with that task that was handed to him by history and international intervention in 1980.

The record is mixed, at best. No doubt he gave black Zimbabweans dignity and pride and opportunity. In the early days of Independence, we built a new school every day, every District got a Hospital, all institutions were integrated and the task of creating a national army out of the tens of thousands of men who had carried arms in the war was successfully completed. Every significant town got a Polytechnic and 14 Universities were created. Life expectancy rose in 20 years to 63, literacy to 95 per cent and hundreds of thousands of young people graduated with skills and knowledge that has made them a hot commodity the world over. Today 10 000 Zimbabweans teach mathematics in South Africa.

But always there was a dark side – the Genocidal campaign against Zapu to create a one Party State, the crushing of all opposition until the Labour Unions formed the MDC in 1999. The harsh cruelty of Murambatsvina where half of the men who were evicted in mid-winter from their homes, died. The thousands killed in the campaign to try and crush the MDC and the steady stream of unexplained fatalities that all seemed to point to the assassin. Even his close associates were not protected.

In his determination to dominate, to control and to make sure his power was never challenged, Mugabe wrecked the economy and left us with a currency that was worthless, a lower standard of living than we had at Independence, a whole raft of failed institutions – hospitals without drugs and even cleaning materials, schools without chalk and an infrastructure that barely functions. He left us with unsustainable debts and crushing international isolation. On balance I think he will be judged as the leader who failed his country and his people.

So that is how we got here and where is that? This is a small country – its population is less than many mega cities and its total GDP less than the garbage collection budget of New York. But our potential in terms of human and natural resources is enormous and we need now to harness that potential to make sure that our leadership that has the task of taking us into the future does better than those who have made us who we are. That is not the task of one, it is our responsibility and I am excited to be able to play a small part.