As Zimbabwe observed its 39th anniversary of independence, Zimbabweans in the southern part of the country are hoping to obtain closure to the 1980s state-sanctioned massacres that human rights group say left more than 20,000 people dead. On Wednesday, Zimbabwe’s President Emmerson Mnangagwa said people are now free to talk about the massacres during the rule of Robert Mugabe. Columbus Mavhunga reports from Tsholotsho in southern Zimbabwe, one of the places most affected by the repression. 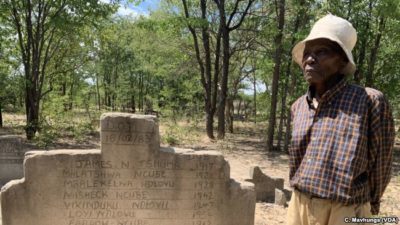 Newer Post
Zimbabwe President: Time to Talk About Mugabe-Era Massacres
Older Post
‘I don’t know how my children will survive’: Zimbabwe in crisis