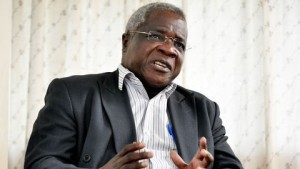 Maputo – Afonso Dhlakama, leader of Mozambique’s main opposition party, the rebel movement Renamo, died at the age of 65 of diabetes on Thursday, before he could be evacuated from a Renamo military base in the central district of Gorongosa for medical treatment in South Africa.

The news of Dhlakama’s death was first broken by a Portuguese paper, “O Publico”, but was quickly confirmed by sources both in Renamo and in the ruling Frelimo Party.   Details of Dhlakama’s last hours are still sketchy, but it seems that, after a severe diabetic attack, he died on board the helicopter that was taking him to South Africa. On Thursday evening, President Filipe Nyusi, who had been negotiating a definitive peace with Dhlakama, said he was “very depressed” by the news.

He said he had done all in his power to ensure that Dhlakama received urgent medical help, but he had received the information about me Renamo leader’s critical state of health too late.

Speaking to Mozambican Television (TVM), Nyusi said “I made every effort to transfer my brother outside the country, but I didn’t succeed. It was already too late. I am very depressed, profoundly shocked, because they didn’t give me time to act”

He did not say who “they” were – but the people who knew of Dhlakama’s true condition were the other Renamo leaders with him in the Gorongosa base.

Nyusi regarded Dhlakama’s death as “a very bad moment for Mozambicans,” and urged all citizens to ensure that nothing fails in the path to lasting peace. This had been Dhlakama’s wish in the last talks he had with the President, and so Nyusi believed it crucial that the dialogue between the government and Renamo should continue and that nobody should take advantage of the new situation.

The personal contacts between Nyusi and Dhlakama, usually by phone but including three visits by Nyusi to Gorongosa, succeeded in halting the low-level insurrection that Renamo waged in the central provinces in 2016. Thanks to his dialogue with Nyusi, Dhlakama announced a truce which took effect on 27 December 2016.

The truce was repeatedly renewed, and is now indefinite. No serious violations of the truce have been reported. This success was largely due to the fact that Nyusi established a rapport with Dhlakama, that neither of the two preceding presidents, Joaquim Chissano and Afonso Dhlakama, had achieved.

Dhlakama’s death comes at a delicate moment in the dialogue between Renamo and the government.  The key issue under discussion is the disarming and demobilisation of the Renamo militia, and the integration of its members into the armed forces and police, or back into civilian life.

This follows the consensus reached between Nyusi and Dhlakama on decentralisation, now expressed in a series of constitutional amendments before the Mozambican parliament, the Assembly of the Republic. But Frelimo complains that Renamo parliamentarians have been creating difficulties that are not envisaged in the Nyusi-Dhlakama consensus (mainly over the appointment of district administrators prior to the first district elections, which are not scheduled until 2024).

It was believed that such difficulties could be ironed out in further direct talks between the two top leaders, which can now no longer occur.

Dhlakama had exercised tight control over Renamo since 1979. He did not tolerate opposition within the party, and the two people regarded most likely to replace him – the first leader of the Renamo parliamentary group, Raul Domingos, and the mayor of Beira, Daviz Simango – were both expelled from Renamo.

The result is that there is no obvious successor to Dhlakama, nobody who can step into his shoes and continue the negotiations with Nyusi. With the death of its leader, Renamo has also lost its candidate for the 2019 presidential election.

Frelimo shows no sign of wanting to take advantage of any disarray inside Renamo. Speaking in the northern province of Niassa, where he is on a working visit, the Frelimo General Secretary, Roque Silva, said the sudden death of Dhlakama had shocked Frelimo, and he called for calm.

“Frelimo will help Renamo overcome this difficult phase characterised by the loss of its leader, and sends it s condolences to the Dhlakama family, who are part of the great Mozambican family”, he said

Silva was sure that, despite Dhlakama’s death and the role he had played in peace talks, the dialogue will continue, since Mozambicans want “to guarantee an environment favourable to development”.

Dhlakama’s body was driven from Gorongosa to Beira on Thursday evening. The funeral will be held, on a date not yet decided, in the place of his birth, Mangunde, in Chibabava district, Sofala province. Dhlakama’s father is the regulo (traditional chief) of Mangunde.