Report on the Constitution of Zimbabwe Amendment (No. 2) Bill Public Hearings 18-19 June 2020

Source: Report on the Constitution of Zimbabwe Amendment (No. 2) Bill Public Hearings 18-19 June 2020 – The Zimbabwean 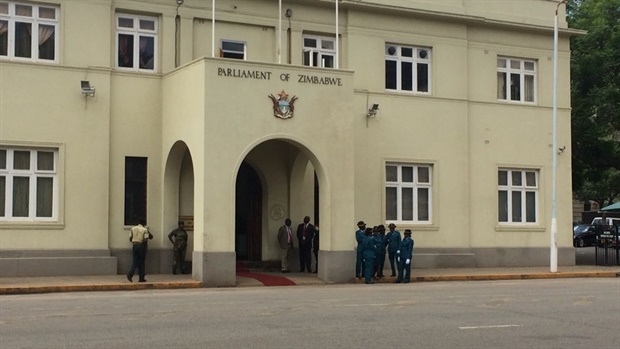 The Government of Zimbabwe proposed changes to the Constitution of Zimbabwe, 2013 in a Bill gazetted on 17 January 2020. The Bill proposes several changes to the Constitution. As per constitutional requirements, the Parliamentary Portfolio Committee on Justice, Legal and Parliamentary Affairs (PPC) embarked on public meetings from Monday 15 June 2020 across the country to gather views from the public on the proposed amendments. This report focuses on meetings conducted on 18 and 19 June 2020 in Masvingo, Rusape, Mbembesi and Ngezi. The report also includes submissions made through two (2) virtual public hearings and a radio public hearing.2.0       Court Update
Habakkuk Trust filed through its lawyers, Job Sibanda and Associatesan filed an urgent chamber application at the Bulawayo High Court on 11 June seeking an interdict to stop the public meetings at a time when the nation is under lockdown. The application was heard on 15 June 2020. Initially, Justice Nokhutula Moyo reserved judgment. However, on 19 June Justice Moyo dismissed the application. Justice Moyo stated that public meetings are lawful in terms of the lockdown regulations.3.0       Updates from the Hearings
3.1 Masvingo
Participants in Masvingo denounced the Amendment Bill.  The public hearing which took place at Mucheke Hall was attended by over three hundred (300) people. However, only 200 people managed to make their submissions due to time constraints. Four (4) sessions consisting of fifty (50) people each were done in compliance with COVID-19 regulations. During the first session, impatient youths who were waiting for their turn to make submissions started chanting and singing “kunyange mukatora nguva murimo tiri pachirangano, hatibve pano” meaning that they were not going to leave until they got a turn to share their views. Eight (8) police officers were called in to restore order. No arrests were made. Physical distancing and wearing of face masks were not observed in the queues. Some of the police officers who were called in to restore order did not have face masks.Though the hearing was well publicised, the venue was not central. Most of the participants who attended were local individuals who walked to the venue of the public hearing. However, two commuter omnibuses were observed dropping off people at the public hearing suggesting the bussing in of participants.

3.2 Rusape
The general sentiment in Rusape was for Parliament to stop the proposed amendments. The public hearing which was conducted at Vengere, 602 Hall started at 10:40 am as opposed to the scheduled 12:00pm. As a result, the turnover for the first session was less than forty (40) people. In total, an estimated one hundred and fifty (150) people participated in the public meetings in three sessions. Though participants observed physical distancing within the hall, there was no physical distancing outside the hall. The low turnover at the public hearing was attributed to limited publicity of the hearing, lack of transport for participants and the venue not being centrally located.

3.3 Mbembesi
In Mbembesi in Matabeleland North, most of the participants who gave their submissions rejected the Bill. The meetings were attended by one hundred and twenty-eight (128) participants.  Though over 70% of the participants were women, only six (6) women made contributions on the Bill. The Ward 3 Councilor, Mr V. Tshuma harassed officers from the Zimbabwe Human Rights NGO Forum and the Zimbabwe Human Rights Association. The Councilor cross-examined them and repeatedly asked them about their business in Mbembesi. The participants were given adequate time to explain their views and no acts of violence were recorded.

3.4 Ngezi
The general sentiment of participants who attended the public hearing in Ngezi was to fully implement the Constitution first before any amendments can be made. The hearing was attended by over one hundred and fifty (150) people in three (3) sessions. COVID-19 regulations including physical distancing, wearing of face masks, regular sanitising of participants was observed. The facilitators gave a brief background of the proposed amendments since most participants professed ignorance. The venue was easily accessible.

3.5 Virtual Public Meetings
The PPC convened two (2) virtual public meetings on the ZOOM video conferencing platform on 18 and 19 June. Two hundred and eighty-seven (287) people joined the 2 virtual public meetings. However, only sixty-three (63) people made oral submissions through the platforms due to time constraints. The rest of the participants typed in their views in the chatbox. Citizens who made submissions rejected the Bill in its totality. The virtual public meeting held on 19 June was marred with problems and challenges for participants. The hearing only started at 09:11am as opposed to the scheduled 08:30am. The meeting ended at 10:30 am without the facilitator taking heed of the lost time.  Some participants found it difficult to connect to the platform due to the privacy settings which only allowed verified participants to join. Participants complained of data costs since they had to remain logged in for a long time whilst waiting for facilitators.

3.6 Radio Public Hearing – National FM
The PPC also convened a radio public hearing on National FM on 19 June. The radio program was scheduled to start at 11:00am. However, the program only started at 12:45pm. Over thirty (30) submissions from different areas nationally were made via the National FM WhatsApp platform and call centre. In general, citizens rejected the Bill. The radio program ended at 230pm.
4.0       Emerging issues
The following are issues raised by participants during the public hearings.

Most participants who made submissions in the public meetings rejected the extension of the women’s quota system. In Masvingo, people with disabilities lamented their exclusion from the quota system. People with disabilities indicated that the quota system should not only be for women and youths. It should also be implemented for people with disabilities. Most female participants who made submissions in most of the public meetings rejected the quota system and emphasised the need for the implementation of 50:50 gender equality as indicated under sections 17, 56 and 80. A male participant in Ngezi proposed the amendment of the Electoral Act [Chapter 2:13] to allow political parties to field candidates on an equal basis. The same sentiments were also echoed by two (2) participants who made submissions via the virtual hearings. Youths indicated that the proposed 10 seats are not enough for youth representation given the youth bulge in Zimbabwe.

An overwhelming number of participants from all the public meetings rejected the proposed amendment on the appointment of judges after retirement. During the virtual public hearings, participants were outraged by the proposal. They highlighted that it is clear that judges should not have their tenure of office extended annually on account of clean medical reports.  In Rusape, Masvingo and the radio program, several participants recommended that the retirement age for judges should be 65 years. Youths who contributed through the different public meetings lamented the need to allow youths to also take up high offices in the judiciary.
Participants in all the public meetings rejected the proposed amendment. Participants raised concern over key tenants of democracy such as transparency, accountability and public participation that are at risk due to the unilateral selection of judges without public interviews. In one of the virtual meetings, a participant indicated that the President must not be given too many powers, especially those relating to the appointment of judges. The participant indicated that the appointment of judges as proposed would derail the justice system.
Participants rejected the amendments stressing that there is no need to separate the delimitation exercise with the national census. One participant in Masvingo highlighted that separating the processes will provide a loophole where some constituencies may have more voters than the actual number of people. To avoid such discrepancies, participants rejected the separation of the processes.
Participants rejected the amendment citing that a similar office of the Public Protector which used to exist before 2013 was intentionally removed and the functions transferred to the Zimbabwe Human Rights Commission (ZHRC) for a reason. Participants felt that there is no need to re-introduce the office. Participants also felt that creating the office of the Public Protector is replicating the duties of the ZHRC. Participants bemoaned the independence of the office of the proposed office of the Public Protector. One participant in Ngezi recommended that government should capacitate the ZHRC instead of introducing the office of the Public Protector.

People rejected the amendment citing abuse of power and corruption. People indicated that the Prosecutor-General should undergo interviews because it is a public office. Participants added that the President should not be involved in the process for transparency.