A ZIMBABWEAN court on Wednesday 12 December 2018 ordered authorities to return the passport for human rights lawyer Tendai Biti and title deeds to his residential property, which were being held as part of his bail conditions. 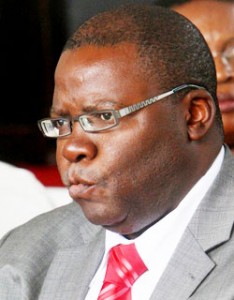 Harare Magistrate Gloria Takundwa granted the order after Biti’s lawyers Beatrice Mtetwa, Alec
Muchadehama, Gift Mtisi, Jeremiah Bamu and Doug Coltart filed an application for the alteration of his
bail conditions based on changed circumstances since the opposition political party leader was no longer facing charges of committing public violence.

Magistrate Takundwa ruled that it is befitting that Biti regains his passport since he had shown that he will not abscond from the court’s jurisdiction.

However, Magistrate Takundwa maintained the gag order imposed against Biti of not addressing press
conferences until his matter is finalised and ordered him to continue residing at his Harare residence each time he would be in Zimbabwe.

Biti returns to court on 21 January 2019 for continuation of his trial proceedings.

Biti is on trial on charges of contravening section 66A(1)(a) and 66A(1)(b) of the Electoral Act and was arrested on 8 August 2018 after he allegedly unlawfully and unofficially announced the 30 July 2018
presidential election results. He pleaded not guilty to the charges when his trial commenced on Monday 10 December 2018.