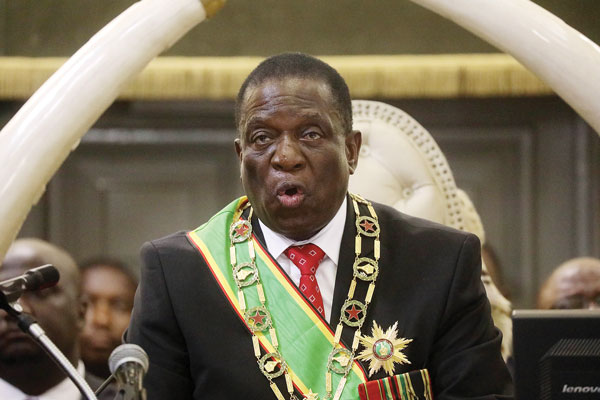 FIVE associations representing Gweru residents have petitioned President Emmerson Mnangagwa (pictured) compelling him to give their local authority a bailout package to relieve them of the rates burden during lockdown.

The Local Government ministry this year approved Gweru’s $2,2 billion budget was an over 4000% hike from last year’s $46 million. The burden was passed on to the already financially struggling ratepayers.

On the other hand, there is no meaningful construction work at Mtapa square where vendors whose stalls were destroyed would be relocated with the local authority revealing that it had not budgeted for the project.

“It is important to note that in the 2020 budget it was clear that the 400% increase would be effected on the 1st of April, and council is rightly justified to have done so. However, the issue is the timing of this increase that is worrying us because it coincided with beginning of the lockdown when incomes of people were affected. So in our petition, we are asking government to bail out council and fund it so that it does not rely on our rates payments alone for service delivery,” he said.

Cornelia Selipiwe, the GRRA director said their survey showed that a household in the high-density suburb would fork out around $430 monthly up from $65 on rates, while those in the low-density areas would pay $1 200 from about $300 monthly.

Those operating flea markets will now be required to pay $1 980 up from around $300 when council completes the construction of new market stalls.

Selipiwe said under the circumstances, government should intervene.

“The residents are simply saying at the moment it is difficult to be able to pay the increased tariffs, and I understand the harsh environment we are in and it is difficult for council as well to do a balancing act. Therefore, government has to intervene and save the situation so that council can continue to offer proper services at the same time those whose incomes have been affected by the lockdown can get relief,” he said.

In the petition dated May 15, the residents’ associations requested that Mnangagwa should “compel the Minister of Finance to expeditiously release funds to Gweru City Council to assist in the construction of new vending markets…the council is out of its depth since there was never a provision for this in the 2020 budget,” the petition read.