Residents plead with council over rates 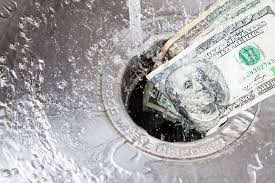 BY NHAU MANGIRAZI
KAROI council finance director Tongai Namusala has defended the local authority’s 2022 budget proposals that will see rates and tariffs being increased by 300% as “necessary to hedge against inflation”.

Namusala said council was not spared by economic shocks, but ratepayers have pleaded with council to lower the proposed rates and tariffs at a budget review meeting held this week.

‘‘The current environment for this year has worsened marginally as compared to last year as annual inflation rate was 99,25%, according to the IMF [International Monetary Fund] as of September 30, 2021. The exchange rate is highly volatile,” Namusala said at a Tuesday meeting, adding that council was finding it difficult to meet expenditure requirements.

‘‘This directly increases the rate of annual inflation while the approved tariffs of the 2021 budget remain static. Fuel prices have gone up in real terms, from US$1,12 to US$1,40 a litre. The net effect being increased inflation.”

Namusala said council’s revenue was severely affected by the COVID-19 pandemic as most businesses were closed.

The Karoi business community, however, urged council to reconsider its budge, citing a harsh economic climate.

“We need the council to protect us at all costs as we are at the mess and failing to make business in town,” Karoi Urban Residents Association treasurer Fadzai Wasakara said.

“We have fly-by-night business that comes from as far as Harare during the tobacco selling season and make brisk business without paying rates to council.”

‘‘As we speak, most companies are being summoned by the Reserve Bank of Zimbabwe to use the official rate and we must not run away from that,” Mudadi said.