The continued economic meltdown in Zimbabwe is as a result of the legitimacy crisis on the part of President Emmerson Mnangagwa and his failure to attract the confidence of the international community. 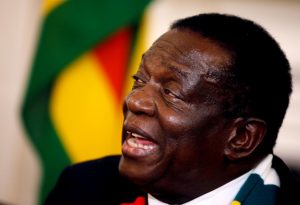 The new dispensation has also failed to walk the talk in the fight against corruption and plunder of state resources continues to be the norm while the state media is working flat out to mislead the nation that the economy is on the mend.

Facts on the ground prove that skyrocketing prices of basic commodities have relegated Zimbabweans into abject poverty at a time there is discontent among civil servants over meagre salaries.

And instead of addressing the multi-faceted crisis facing the country, the government has chosen to declare war against citizens calling it to account.

Arbitrary arrests, torture and abduction of civil society and opposition activists have been escalated in an attempt to silence dissenting voices.

On June 5, 2019, state security agents abducted the President of the Amalgamated Rural Teachers Union of Zimbabwe (ARTUZ), Obert Masaraure over an industrial action by rural teachers who are protesting against poor salaries and working conditions.

The abduction of Masaraure followed a foiled attempt to abduct Crisis in Zimbabwe Coalition (CiZC) Chairperson, Rashid Mahiya at his residence on June 4, 2019. The state has also upped its terror and intimidation tactics and currently, 7 civic society activists are incarcerated on trumped-up charges of subversion.

As Crisis in Zimbabwe Coalition (CiZC), we reiterate that resolving the country’s political crisis is a key determinant in as far as addressing Zimbabwe’s economic meltdown is concerned.

In this regard, we re-publish our long-held position on the imperative need for an all stakeholders national dialogue process below;

As an umbrella body of civic society organizations in Zimbabwe advocating for democratic development, we reiterate our call for an inclusive process on the national dialogue that brings all stakeholders together.

We further clarify that in our view the national dialogue that we continue to call for is not predicated on creating another version of a Global Political Agreement or an elite power-sharing deal. We reiterate that our envisaged national dialogue should be a reform process that seeks to safeguard the interest of citizens by restoring the Social Contract between the citizens and those that govern.

In this regard, we hold the firm view that the national dialogue process must never be restricted to political parties but should rather bring on board a cross-section of stakeholders that include civic society, labour, religious groups, business among other critical stakeholders.

We further call on the president to prove his sincerity by ensuring that Zimbabwe has a conducive environment for holding an inclusive dialogue process in the wake of state-sponsored terror that has increased fear levels amongst citizens. To create a conducive environment and as part of confidence and trust building in the national dialogue, the government must immediately meet the following conditions:

We reiterate that efforts at arresting the multi-faceted crisis facing the country are hinged on a proper national dialogue process that seeks to put the concerns of ordinary citizens on board.

Addressing the Zimbabwean crisis implies addressing the concerns of the ordinary citizens who have had to bear the brutal effects of an economic meltdown stemming from a constitutional and legitimacy crisis.

Government needs to honour its social protection obligations and this is achievable through wide consultations hence the need for an inclusive process.

On our part as Crisis in Zimbabwe Coalition, we have set our minimum demands for the national dialogue process based on wider consultations with our membership around the country.

Our demands are highlighted below;

1)    It is our conviction that the national dialogue process must involve all stakeholders and a national visioning process that has civil society, government, political parties, business, religious groups and labour unions among other critical stakeholders. The dialogue process should produce a clearly timed roadmap to the demilitarisation of civilian political processes and the restoration of normalcy by focusing on key political, economic and social reforms. In this regard, we call for FULL CONSULTATION of all stakeholders rather than cosmetic processes.

2)    It is imperative to arrest the economic downturn in Zimbabwe based on a clear reform roadmap and implementation of pro-poor and inclusive economic policies. Efforts at economic transformation, stabilisation and growth should be aimed at achieving inclusive sustainable economic growth and development.

On Constitutionalism, Rule of Law, Human Rights and Human Security:

3)    The Government of Zimbabwe must uphold and guarantee citizens’ rights as enshrined in the Zimbabwean Constitution and other regional and international human rights treaties and statutes. Full implementation of the country’s constitution is equally important in promoting democracy in Zimbabwe.

4)    The Government of Zimbabwe must respect the fundamental right of access to information, freedom of expression as well as freedom of association.

5)    There is need to immediately operationalise a comprehensive programme on national healing, reconciliation and nation-building that will depolarise society and entrench the respect for diversity, inclusion and tolerance in all facets of life.

6)    The army must desist from partisan politics and confide themselves to the barracks. There is an imperative need to de-militarise the Zimbabwean state.

7)    There is need for non-interference into the work of institutions that support democracy. This again calls for full implementation and respect of the country’s constitution. Also, government must not be seen to be criminalising the work of civic society organisations.