Responses to Zim highlight gulf between the region, West 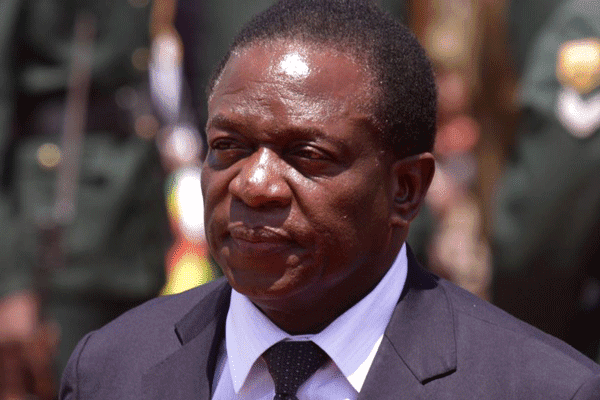 The post-Robert Mugabe regime in Zimbabwe continues to struggle to establish its legitimacy.

While this is the case, the terms of its future international re-engagement will continue to occupy the Zanu PF government.

Government’s problems are compounded by the international outcry over its brutal response to the protests against massive fuel price hikes in January.

At least 17 people died and hundreds were wounded from “gunshots, dog bites, assaults and torture”.

The events of January once again underscored the fault lines in Zimbabwe’s foreign relations.

On the one hand, Sadc came out in support of a member State in the face of clear evidence of State brutality against its citizens.

It even went so far as to condemn the continuing “illegal sanctions” against Zimbabwe.

In contrast, the United Kingdom, the European Union and the United States all condemned the human rights abuses of the Zimbabwean State.

They called for a return to the commitment to political and economic reforms.

And they renewed their calls for an inclusive, credible national dialogue to map the way forward.

These responses once again show how polarised regional and Western government policies are on the Zimbabwe crisis.

This has had another consequence — the sidelining of efforts to reach a consensus on economic and political reforms.

There have been at least three efforts at some sort of reconciliation over the past decade.

Another consequence of the fallout from January is that President Emmerson Mnangagwa’s government has reached out further to its authoritarian economic and political partners in Eurasia.

The problem with this is that linkages with other autocratic regimes provide some protection against forces pushing for democratic change.

In addition, these relationships tend to consolidate those in the military and business sectors who see any prospect of serious economic and political reform as a threat.

A statement issued by the current head of Sadc repeated the official position of the Zimbabwe government.

It criticised “some internal players, in particular NGOs [non-governmental organisations], supported by external players (who have) continued to destabilise the country”.

Early signs of this position were clear in South African President Cyril Ramaphosa’s speech at the International Labour Organisation in January.

He claimed that sanctions against the country were no longer necessary because the government had “embarked on democracy”.

Once again the regional body has conflated genuine concerns over imperial interventions in the developing world with the fight for democratic and human rights by national forces.

Like Zanu PF — both under Mugabe and Mnangagwa — Sadc has affirmed its support for a selective anti-imperialist narrative by an authoritarian nationalist regime that conflates the fight for democratic rights with outside intervention.

The response from the EU could not have been more different.

A resolution of the European Parliament in mid-February strongly condemned the violence and excessive force used in January.

It reminded the government of Zimbabwe that long term support for it is dependent on “comprehensive reforms rather than mere promises”.

The resolution also called on the European Parliament to: (review restrictive measures against) individuals and entities in Zimbabwe, including those measures currently suspended, in light of accountability for recent State violence.

This position effectively put on hold any new restrictive measures against the Zanu PF government. It also left open the option for renewed dialogue.

The debate on sanctions on Zimbabwe has been lost in the region and on the continent.

And this solidarity with the Mnangagwa regime is likely to persist for the foreseeable future.

Change, if any, might come from the EU and US. It’s possible that they could change their positions again if the Mnangagwa government made another attempt at minimalist reforms.

The current US policy on Africa is targeted against what it considers to be the “rapidly expanding” financial and political influence of China and Russia on the continent.

Trump is also looking to make the US the major player in the new battle for metal resources in Africa.

This new struggle for technology metals is taking place in countries such as Zimbabwe, the Democratic Republic of Congo, South Sudan, Tanzania and Sierra Leone.

The White House announced last week that it has extended sanctions against Zimbabwe for another year.

Nevertheless, at some stage the politics of US strategic interests in Africa could lead to a more accommodating relationship with an authoritarian regime such as the Mnangagwa administration.

This has happened on many occasions in its foreign policy interventions.

The EU is in a “wait and see” mode. It will need evidence of some notable movement by the Zimbabwean State on the political and economic reform front before it pushes the re-engagement process forward.

Mnangagwa’s regime has yet to show that it is any different from Mugabe’s.

Given the continuing factional battles in the ruling party — and its inability to imagine itself out of power — it is difficult to view the current government as anything other than a continuation of the authoritarian Zanu PF legacy.