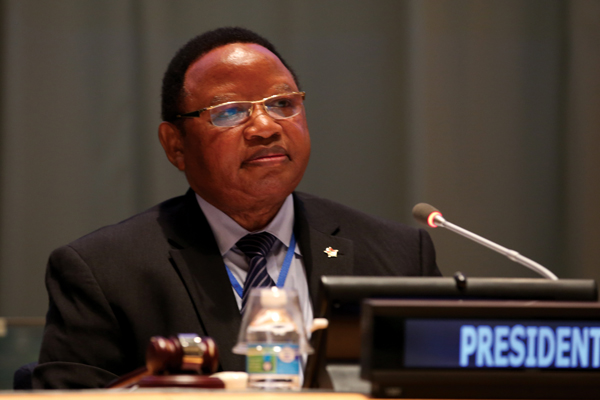 Official data indicates that Zimbabwe’s exports have been averaging US$4 billion annually, against US$6 billion imports.

Shava, who assumed his new role about a month ago after spending time in the diplomatic service, said on Friday that of major concern was that over 70% of Zimbabwe’s exports were primary commodities that fetched low prices on the international markets.

He said Zimbabwe should scale up efforts to drive exports by implementing strategies that helped companies compete on the international markets.

“In terms of markets, our exports continue to be limited to a few traditional markets, mainly South Africa and a few Southern African Development Community (Sadc) countries,” Shava said in a speech read on his behalf during a conference organised by the Zimbabwe National Chamber of Commerce (ZNCC).

“Concerted efforts to diversify the export products and export markets for the country are needed.

“Potential is there for Zimbabwe to generate foreign exchange through export of various services including tourism, education, and professional services, among other services.

“Exports to Europe, China and the Americas remain well below potential. Zimbabwe is yet to fully tap its trade potential to spur economic growth and development.

“The country’s natural resource endowments, strategic regional location, and our relatively well-educated and easily trainable labour force, are key attributes to facilitate trade as an engine of growth,” Shava said.

He said developments in the past year had demonstrated that with the right policies, Zimbabwe’s exports could rebound.

“It is pleasing to note that despite the disruptions caused by the COVID-19 pandemic, Zimbabwe’s exports increased by 3% in 2020 — which is testimony to the resilience of our exporting companies. Government recognises the critical role played by our local exporting companies towards the well-being of the country.

“Exports have continued to sustain the economy over the years contributing more than 60% of the country’s foreign currency earnings.

“Government, through the National Development Strategy One (NDS1) and the National Trade Policy and Export Strategy, has thus prioritised trade development and promotion as key strategies to grow exports,” he said.

He said the manufacturing sector’s contribution to exports had declined from 40% in the 1980s to less than 15% currently, with the exportation of services also slackening. Shava encouraged companies to “strategically and aggressively” utilise preferential market access opportunities available in the region under the auspices of Sadc to increase exports.

He said other opportunities were available through the Common Market for Eastern and Southern Africa, and the recently launched African Continental Free Trade Area (AfCFTA), while Economic Partnership Agreements with the European Union and the United Kingdom presented more opportunities.

“Trade is undoubtedly the engine for economic growth and development.

“Let us produce for export and take advantage of the various trade agreements that Zimbabwe is party to, with the latest one being the AfCFTA, which is intended to promote intra-Africa trade,” he said.