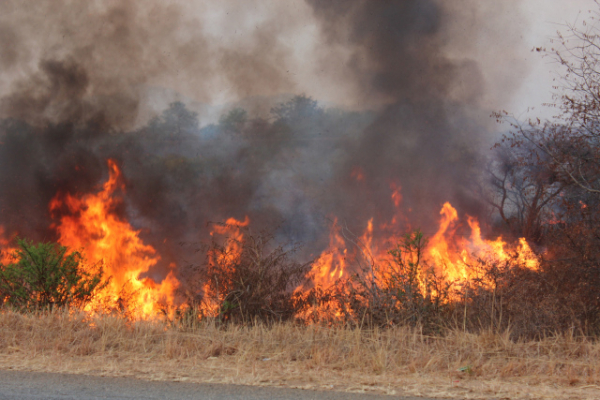 THE Parliamentary Thematic Committee on Sustainable Development Goals on Thursday urged government to review fines imposed on people who cause veld fires as they were not deterrent enough.

This was revealed in the committee report on veldfire management which was presented by senator Chief Lucas Mtshane.

The Environmental Management Act (CAP 20:27) states that: “No person is allowed to light a fire outside residential and commercial premises during the period from July 31 to October 31 of each year.”

The Forestry Act of 1996 also prohibits smoking on State or private land and stipulates that anyone who throws away burning material shall be guilty of an offence and liable to a fine or six months in jail or both.

Despite that it is a punishable offence, 95% of veld fires in Zimbabwe and the world over are caused by human beings.

“The committee recommended that the Ministry of Environment should review the fines and penalties that are being imposed on those perpetrators who are causing veld fires since the existing ones are not deterrent enough,” Chief Mtshane said.

“The Ministry of Lands and Agriculture should ensure that 20% of the tax from agricultural land use should be used to equip farmers with firefighting equipment as well as road servitude and grass-cutting equipment in rural areas,” he said.

Chief Mtshane also said the thematic committee recommended that all A1 and A2 farms that are not occupied should be re-allocated.

“The Ministry of Local Government in consultation with Treasury should provide funding to rural local authorities for the purchase of tractors to facilitate the construction of fireguards that separate rural wards in their areas of jurisdiction by the year 2021.