via On This Day: Rhodesia agrees to end white rule – Yahoo News UK By Julian Gavaghan

The former British colony, which became Zimbabwe in 1980, had been at war since its Prime Minister Ian Smith unilaterally declared independence from Britain in 1965 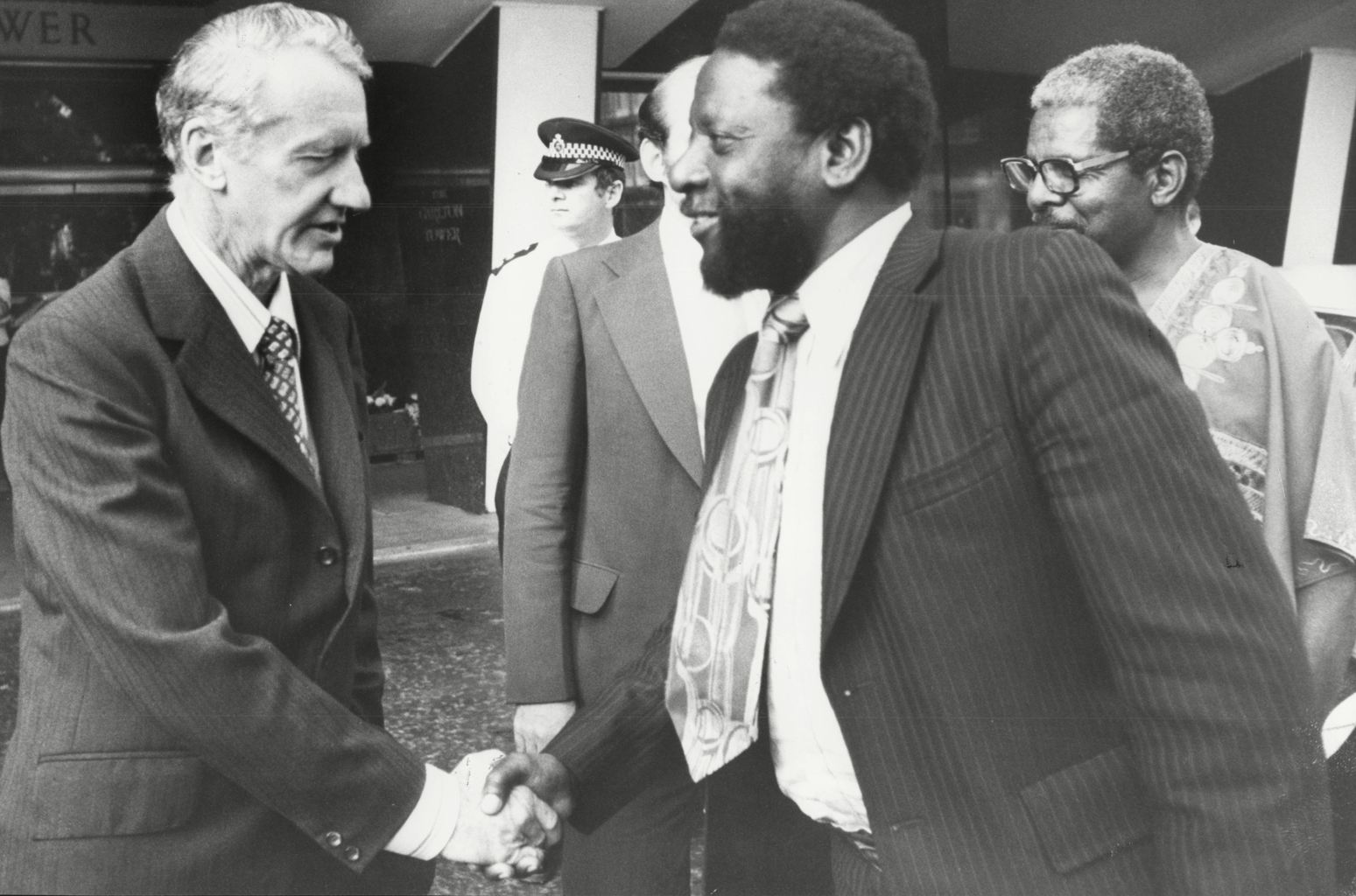 SEPTEMBER 24, 1976: Rhodesia agreed to end nine decades of white-minority rule on this day in 1976 – although it took three more years of civil war before the black majority governed.

The former British colony, which became Zimbabwe in 1980, had been at war since its Prime Minister Ian Smith unilaterally declared independence from Britain in 1965.

But UK Premier Harold Wilson declared the move illegal after earlier insisting that there could be no independence without first introducing majority rule.

In a bid to garner support, Smith carried out a 1969 referendum in which whites, who accounted for 4.3% of its 6.5million people, voted against introducing majority rule.

A British Pathé newsreel covered the farce as it filmed the voters – and those barred from casting a ballot – in the capital Salisbury, which has since been renamed Harare.

By 1976, racist Smith – who saw his minority government as sustaining “civilisation in a primitive country” – had conceded that white rule would have to end.

Under pressure to respond to a joint British and American peace plan, he agreed to introduce black majority rule to the country within two years.

In return for promising an interim bi-racial government, the insurgents were expected to end their violence and the West to lift their sanctions.

Yet Smith failed to act swiftly and the Bush War continued.

In 1979, the country’s first multi-racial elections were held, although Mugabe and Nkomo’s parties were banned from running.

However, it did not stop the violence and the black-majority government of Bishop Abel Muzorewa, who renamed the country Zimbabwe Rhodesia, was short lived.

In the end a peace agreement was brokered that allowed for the state to temporarily revert to the status of a British colony before fully democratic elections were held.

Mugabe’s Zimbabwe African National Union won a huge majority in the March 1980 elections after intimidation voters – a tactic he continued in the decades afterwards.

Britain and the West were accused of looking the other way and the vote was ruled free and fair.

Mugabe – fearing the chaos of “white flight” that happened in Mozambique after Portugal relinquished its colony in 1975 – initially tried to placate the former rulers.

Even Smith was encouraged to stay – and he remained on his family farm until 2005 when an illness forced him to seek treatment in South Africa, where he died in 2007.

Yet Mugabe soon cracked down on his black opponents – most notably the massacre of an estimated 20,000 Ndebele people by his predominantly Shona thugs.

Soon enough his militias, which also ousted Nkomo, began seizing white-owned farmland and redistributing it among members of the renamed ZANU-PF party.

It ruined the economy and triggered a hyperinflation crisis that led to 500 trillion dollar banknotes being issued in 2008 and then quickly becoming worthless.

The same year, as millions in the mineral-rich country faced starvation, the average life expectancy for women plunged to 34 – the lowest in the world.

The crisis forced Mugabe to agree to a power-sharing deal with his frequently beaten and tortured rival Morgan Tsvangirai.

But at this year’s elections, the opposition accused winner Mugabe cheating again and have boycotted the parliament in protest.