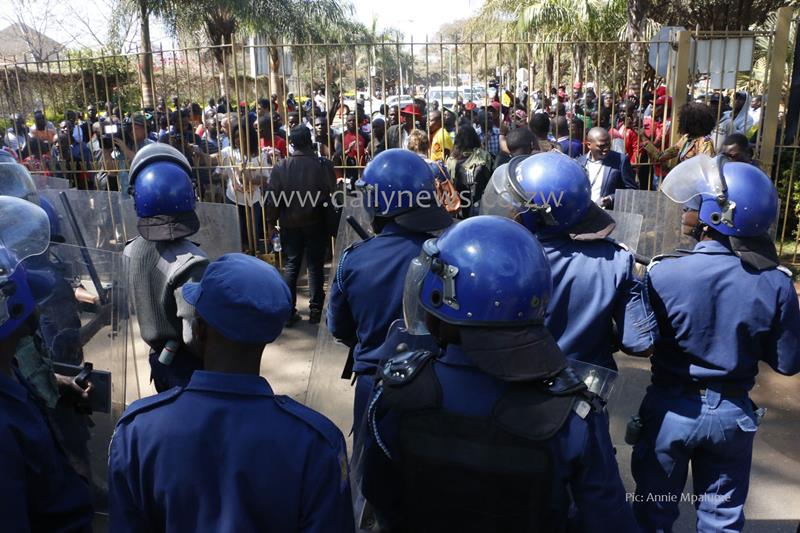 HARARE – Zimbabwe Association of Doctors for Human Rights (ZADHR) has said
it stands by the contents of its report that gives details of gunshot
injuries sustained by 11 people when the army used live ammunition to
clear the city centre of Harare as a correct, unbiased and first-hand view
of the information which medics gathered during the August 1 army
shootings.

The rights doctors said in the damning report, A New Era or Error, that
“state agents” pressured medical officials to falsify diagnoses to cover
up violence by security services and the army after the historic July 30
elections was absolutely true and beyond reproach.

In a report, ZADHR alleges government pathologists at public hospitals
were forced to describe gunshot injuries as stab wounds.

Overson Mugwisi, a military spokesperson, said the allegations were false
and “should be dismissed with the contempt they deserve”.

Energy Mutodi, the deputy minister of Information, said a doctor “cannot
purport to tell who unleashed the arrow that injured a patient”.

But ZADHR president Fortune Nyamande told the Daily News that the report
was gathered on the basis of medical narrations from patients as opposed
to a doctored political agenda as alleged by the army spokesperson.

“To dismiss the report as pedestrian is in itself peddling of a purely
pedestrian view in a technical matter.

“Doctors get much of their diagnosis from the history narrated by the
patient and indeed the patients narrated to us that they were shot, where
they were shot and who they suspected shot them.

“It is up to other experts to determine who shot them and the report does
not conclude on who shot the victims,” Nyamande said.

The doctors alleged that they had recorded 72 politically-motivated cases
out of 102 cases registered in their records.

The report contained the post-election violence medical compilations and
individual narrations of patients attended by ZADHR from August 2018 to
September 2018, with patients citing alleged perpetrators as soldiers.

Nyamande purported that ZADHR has irrefutable evidence corroborated by
forensic pathologists, psychological assessments and medical affidavits
that attest to the gruelling experiences the victims went through.

“Judging from those responses it is unclear whether those critiquing the
report have even read the report.

“For example, our report does not focus on the August 1, shootings only,
but the defined post-election period and therefore covers other unearthed
cases of displacements, torture and human rights violations.”

A  Commission of Inquiry probing the August killings has heard testimonies
from senior commanders who denied military personnel were responsible for
the deaths on August 1.

Commander of the Zimbabwe Defence Forces Phillip Valerio Sibanda claimed
that soldiers that were deployed on August 1 did not kill the unarmed
civilians.

Nyamande, however, said ZADHR submitted evidence to the Commission of
Inquiry and the report was in no way undermining the commission as claimed
by other critics.

“ZADHR has submitted its evidence to the commission and some of the
victims who have testified at the commission have been covered also in the
case reports.

“ZADHR, however, respects but does not accept those varying opinions on
its report,” he said.