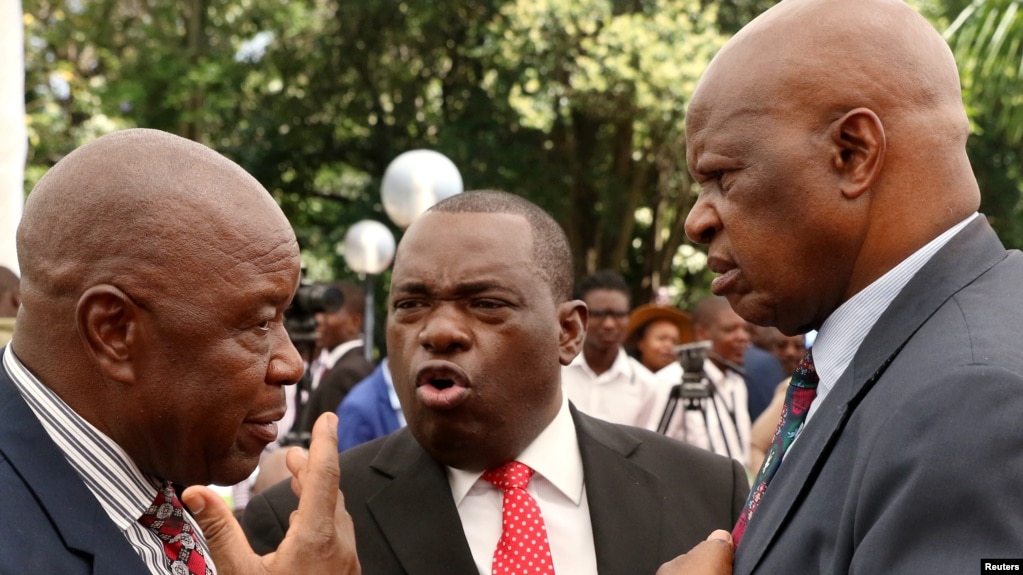 The International Commission of Jurists is calling for Zimbabwe’s new government to ensure free and fair elections next year. It is not the only the rights group making that appeal.

Following a weeklong visit to Zimbabwe, the International Commission of Jurists – led by its Secretary General Saman Zia-Zarifi – said soldiers who helped President Emmerson Mnangagwa come to power last month must return to their barracks.

The army has been policing Harare and other cities, and has set up checkpoints along major roads.

In an interview Wednesday with VOA, ICJ Director in Africa Arnold Tsunga said civic and opposition groups are worried the situation will compromise Zimbabwe’s next elections, which are expected around the middle of next year.

“There is also the question of the indeterminate number of people who were arbitrarily detained without effective judicial oversight,” said Tsunga. “So the question of undermining the due process rights, which is essentially the right to trial, as a result of the involvement of the army in policing duties, was brought to the attention of the ICJ Secretary General. And he in fact made as part of his exit press statement, a call that he will not need the army to be involved in policing duties.”

Ibbo Mandaza is the head of the Southern African Political Economy Series, a regional NGO. He says the Zimbabwe government’s overreliance on the army confirmed it had gained power through a coup.

“We have a situation where the army is above the executive and parliament. This is what a coup means,” said Mandaza. “Why should it be acceptable here? It is unacceptable. What is going to happen is that the military will not leave the streets until after elections.”

That could lead to another disputed poll for Zimbabwe. Former President Robert Mugabe was accused of rigging elections for years, most notably the 2008 election where he lost in the first round.

On Tuesday, Zimbabwean opposition and civic leaders were in Washington and appealed to Congress for help in ensuring the 2018 elections are free and fair.

The new government has asked for help to in rebuilding country’s moribund economy. The international community has said that will only happen if next year’s elections are credible.