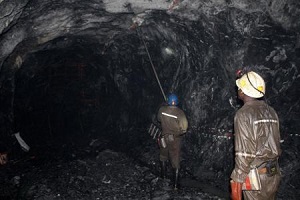 GOLD producer, RioZim Limited on Monday said delays by the central bank in releasing foreign currency for gold exports continued to strain its working capital and cash flows during the third quarter to September 30.

RioZim, one of the country’s biggest gold producers, has always raised the red flag over perennial delays by the Reserve Bank of Zimbabwe (RBZ) to pay gold miners.

It has been joined by other producers who have warned of serious repercussions if payment bottlenecks are not addressed.

On Monday, the Zimbabwe Stock Exchange-listed outfit said gold output for the period slipped by 9% compared to the same period last year, as operations came under tremendous pressure from strained working capital.

RioZim said discussions with the central bank were ongoing to find a solution that would keep operations running.

“The delays on the payment of the company’s gold receipts by the Reserve Bank of Zimbabwe (RBZ) carried on throughout the quarter which severely strained the working capital and cash flows of the group and greatly hampered production,” RioZim said in a market update.

“The company continues to engage the RBZ for a resolution of its delayed receipts. The company is also pursuing various funding options for its BIOX project albeit in a difficult operating environment which has been compounded by the uncertainties brought about by the COVID-19 pandemic as lenders and financiers are taking a conservative approach on lending.”

It has been a fine year for gold, Zimbabwe’s mainstay, on the international markets and miners are scrambling to take advantage of the strong prices before they decline.

After a difficult 2019, gold prices have skyrocketed, defying threats posed by a global shutdown induced by the deadly coronavirus scourge.

The pandemic has been credited for driving the surge, possibly as investors shift to store value in traditionally reliable portfolios in the face of global uncertainties stemming from the virus.

For centuries, investors have turned to gold as a safe store of value during downturns, volatilities or crises.

Many analysts have predicted that the gold rally is far from over, given the relentless spread of the virus through second waves across regions.

This has given reason for optimism in resource-based economies like Zimbabwe.

RioZim’s update was a follow-up to its half year report where it advised shareholders that it was encountering the same problem.

The delays resulted in stock outs of key raw materials.

It said it received intermittent payments from the RBZ that enabled it to produce and deliver gold, albeit inconsistently.

On Monday, RioZim said even though the foreign currency auction system had stabilised the interbank exchange rate, prices of materials continued to trade at a premium to this rate.

“Power supply was fairly stable during the quarter. The group continued to process lower grade ores from its One Step Mine to sustain operations at the group’s Cam and Motor Mine. Due to the low production at Cam and Motor, the group’s gold production for the quarter trailed by 9% from the comparative period last year. The gold price maintained its upward trajectory averaging US$1 879/oz for the quarter, which was 29% above the average price of US$1 457/oz for the same period last year. This helped to partly absorb the negative impact of the low production and increased costs during this period,” said
RioZim.