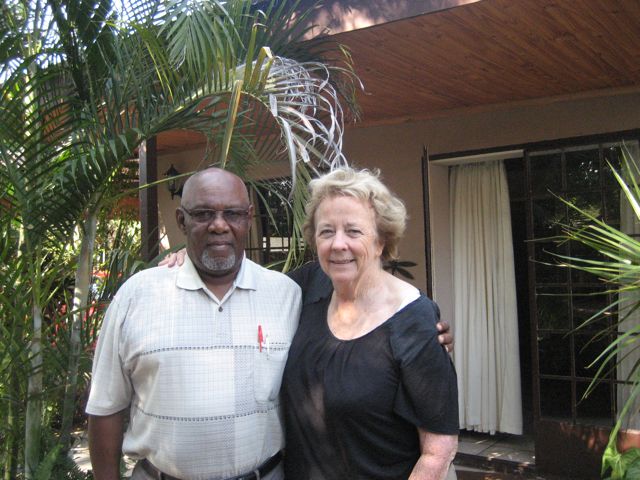 A great man with a huge heart – for his country. His gentle wisdom and authority made him one of the most respected men in Zimbabwe – respected by those who fought with him, and those who fought against him knowing ‘The Black Russian’ was a fine soldier. Respected – and loved – by those who worked with him and knew him personally.

Dumiso and I were ‘twins’ – born on the same day. We met again on the upper levels of what I had once known as the Earl Grey Building in Harare. To my relief a chuckling young girl rescued me from the hate lined faces of security police, their threatening AK’s pushing me back into the lift and shouting “you are not allowed to see the Minister …”

Down the important staircase leading only to the very upper echelons she ran, sparkling and squealing with delight “You must be Jill – the Minister is wanting to see you now.”

As we topped the stairs, the smiling man extending his hand to me bore no resemblance to the child I had last seen when I was 5 years old. Last seen but always remembered. We exchanged niceties, but the restrictive oppression of high government office at that time, was not a comfortable place to be. We headed to a nearby cafe for tea and scones.

I had just written ‘Beloved African’ – the story of my father, John Hammond’s life as a headmaster in African education in Southern Rhodesia. As one of the earliest Africans to qualify as a teacher, Dumiso’s father was on the staff – the only local in the group of Tswanas and South Africans – as such, he truly understood the difficulties of his pupils making a very swift transition to what was becoming a sophisticated western economy. My visit had been arranged to give Dumiso a copy of the book.

There were, of course, the unspoken words – the war. We had been at war, on opposite sides, for 15 years – the bloody, devastating destruction which only civil war has refined to its absolutes of horror.

So we spoke of his role as Minister of Home Affairs, and his reluctant entry into politics. Dumiso had already spent four years in prison with military commander and friend, Lookout Masuku, while, unknown to either, the Gukurahundi (the genocidal killing of the Matabele people) took place. Having managed to get these two military commanders of the opposing army, ZIPRA, well out of the way while this happened, the government still well understood Dabengwa’s political value. They ordered him to join the ruling party saying they would otherwise ‘throw away the key’ to his cell if he did not do so. Only the President of the Zimbabwe African People’s Union (ZAPU) Joshua Nkomo, was able to persuade him to get back into politics or there would be no Matebele people left.

We spoke of our families and of our childhood. We regained trust and affection for each other. I was deeply affected by his gentleness and humility – his great love for his fellow human beings – and how disturbed he was by any injustice. 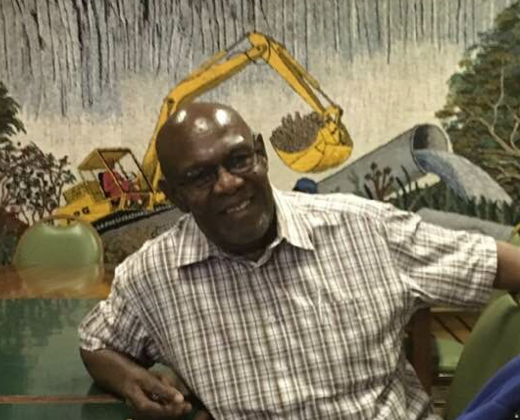 Following my email to Dumiso 10 years later we met again – this time outside Zimbabwe with, of necessity, the date, destination and time communicated by separate SMS messages. At the age of 70, I set off for Africa – having arranged suitable, secure accommodation – travelling to a destination I had not visited before . . . with no idea whether he would make it or not.

This time there were no unspoken words. We argued our grief, our anger, the rights and wrongs. Endlessly. We got it all out and in the calm – we found understanding and empathy for each other’s points of view.

It was a cruelly short 48 hours. I was wavering about writing another book. He asked me to write his biography. I didn’t have enough information – or enough time or money to return and stay for the time needed. He encouraged me to write the next book anyway.

I couldn’t write his biography because I simply needed weeks of hours to sit with him as he talked . . . but I could write a historical novel winding a few of the now known facts about him into the story.

And so The Horns was born. And the character of Jabu was born. It took many months to get the characterisation right – not too much the same, but still revealing the vital essence of the man . . . and I disguised and repositioned a few of the known facts carefully as I wasn’t sure he wanted it to be widely known.

When the book was launched in Bulawayo in September 2018, Dumiso interviewed me in front of an audience at the Bulawayo Theatre. As we drew to a conclusion he said “… and I am Jabu.”

Rest in peace DD – you have left a great legacy to your people. The love and respect in which you are held will become the stuff of legend – your family, friends . . . and Zimbabwe are all so much the poorer for your leaving.