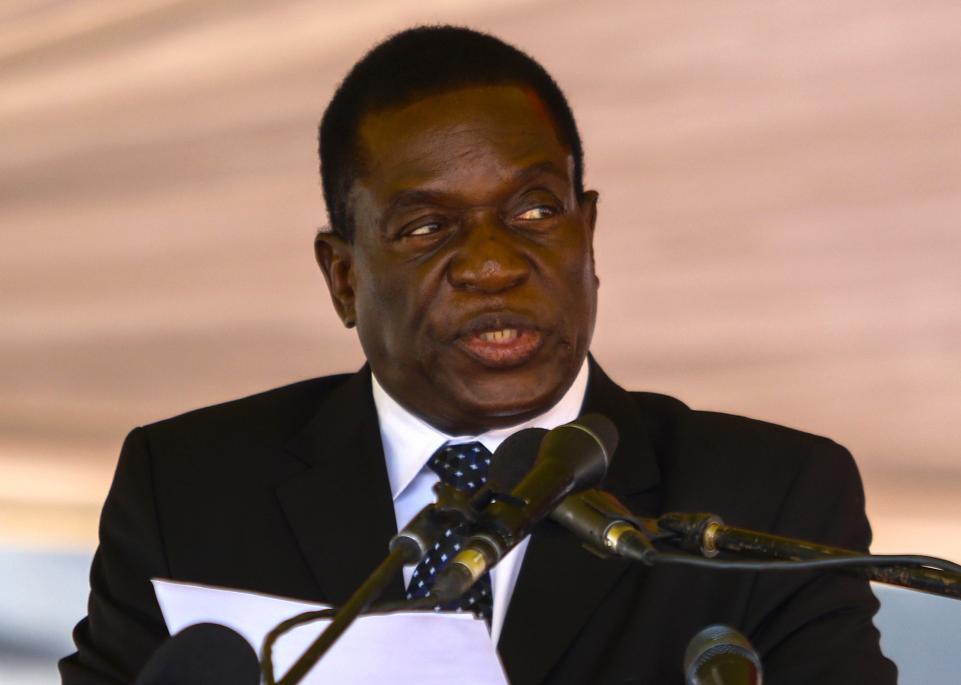 Robert Mugabe has fired his powerful vice-president, clearing the way for his wife, Grace, to succeed him as leader of Zimbabwe.

The information minister, Simon Khaya Moyo, told reporters at a press conference in Harare on Monday that Emmerson Mnangagwa had been removed from his post.

Tensions are rising in Zimbabwe amid a deteriorating economy and a vicious struggle to succeed Mugabe, who is 93 and visibly ailing after 37 years in power. The sacking of Mnangagwa appears to settle that contest in favour of Mugabe’s wife, who is 52.

The first lady is far from a popular figure in Zimbabwe. Her image has suffered after an alleged assault on a model she found in the company of her sons in a luxury apartment in Johannesburg, South Africa.

Granted diplomatic immunity after the incident, Grace Mugabe was allowed to leave South Africa despite a police inquiry. She denies any wrongdoing.

Reports of extravagant purchases, including property in South Africa and a Rolls-Royce, have also angered many in Zimbabwe, where an economic crisis has deepened.

Until recently, Mnangagwa was tipped as Mugabe’s likely successor, partly because of his support within the country’s powerful security establishment and among veterans of Zimbabwe’s 1970s guerilla war.

Despite his alleged involvement in atrocities in the 1980s, Mnangagwa was also the preferred candidate of much of the international community, where he was seen as most likely to guarantee a stable transition and implement economic reforms.

The feud between Mnangagwa and Grace Mugabe has been bitter and public. Last month the first lady, who leads the women’s league of the ruling Zanu-PF party, publicly denied she was behind the attempted poisoning of her rival in remarks broadcast on state TV.

Mnangagwa claimed he had been poisoned when he fell ill at a rally in August and had to be airlifted to hospital in South Africa. The veteran official has seen his own political stock plummet after accusations from party rivals that he was plotting to get Mugabe to step down in his favour. He denies the accusation.

On Saturday, Grace Mugabe cranked up the pressure against Mnangagwa, calling him the “root cause of factionalism” that was gnawing at Zanu-PF. She also accused the vice-president’s supporters of booing her while she gave her speech.

“What if I get in [as vice-president]? What’s wrong with that? Am I not in the party? If people know that I work hard and they want to work with me, what is wrong with that?” the first lady said.

A visibly angry Mugabe told the same rally that he and his wife were tired of constant insults from people who identified themselves as Mnangagwa supporters.

Fears of the return of 2008’s hyperinflation have led to panic-buying and rocketing prices in Zimbabwe, while confidence in the parallel “bond note” currency, launched by the government nearly a year ago, has collapsed.

The fractured opposition, meanwhile, has been unable to channel national discontent into a strong play for power. The main opposition leader, Morgan Tsvangirai, has health problems and recently received treatment in South Africa.

Elections are due in Zimbabwe next year.

Mnangagwa was appointed vice-president in 2014, taking over from Joice Mujuru, who was axed after Grace Mugabe launched a campaign accusing her of plotting to topple the president.