Robert Mugabe: Thousands take to streets of Harare in protest against Zimbabwe President 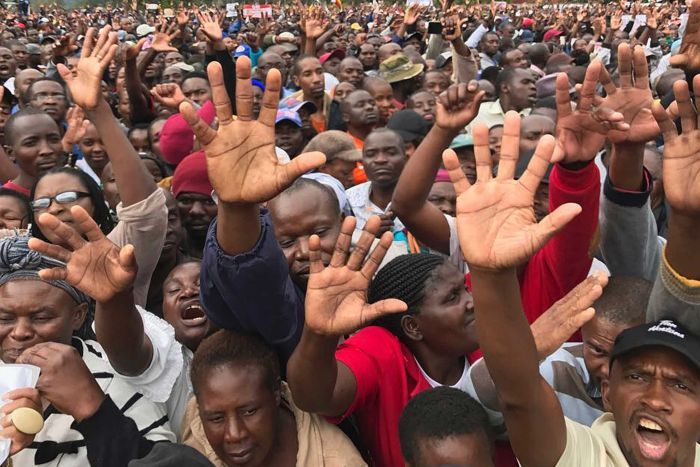 There are jubilant scenes on the streets of Zimbabwe’s capital Harare, where tens of thousands of protesters are demanding President Robert Mugabe resign.

There are jubilant scenes on the streets of Zimbabwe’s capital Harare, as tens of thousands of protesters demand the resignation of President Robert Mugabe.

The 93-year-old leader is virtually powerless and has been deserted by most of his allies since the military seized power last week.

Many protesters were celebrating the army’s role in ending his more-than-30-year grip on power. 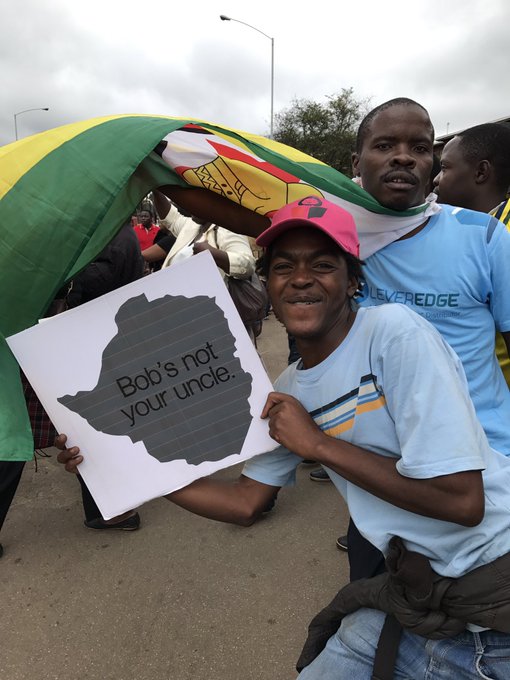 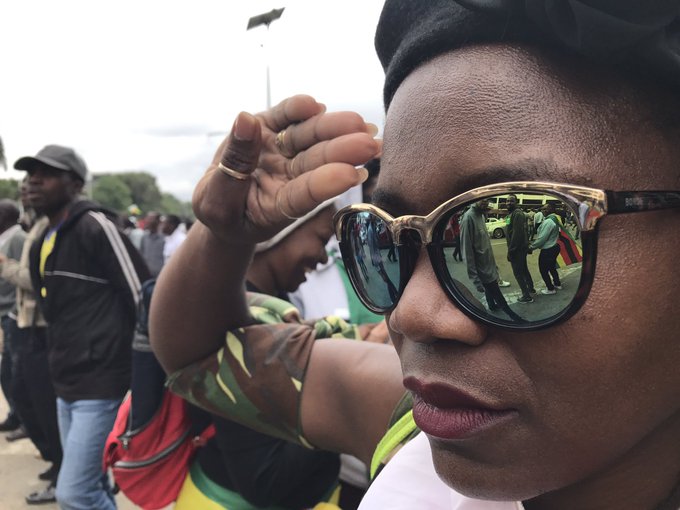 “These are tears of joy,” Frank Mutsindikwa, 34, said, holding the Zimbabwean flag.

“I’ve been waiting all my life for this day. Free at last. We are free at last.”

The rally is supported by the army and members of the ruling ZANU-PF party, who have also called on Mr Mugabe to resign.

War veterans — who until last year were loyal to the president — are also participating in the protests and have added their voices to the chorus calling for a change in power.

Earlier this week, Zimbabwe’s generals placed Mr Mugabe and his wife Grace under house arrest, allowing him limited movement while talks on his exit from office unfold.

He made his first public appearance since the military takeover at a university graduation ceremony.

Mr Mugabe, the world’s oldest head of state, is said to be asking for more time amid negotiations that will give his exit a veneer of dignity.

But many Zimbabweans are growing impatient and want him to leave immediately.

Protesters hope a big turnout will speed up the official end of Mugabe’s rule, which is widely blamed for the collapse of an economy that was once one of Africa’s wealthiest. Euphoric crowds gathered on some main streets in downtown Harare as cars honked their horns and people sang, danced, whistled and cheered.

“Zimbabweans are peace-loving people,” one marcher told the ABC.

“We wait and do the due process, and I’m sure it will all come right. 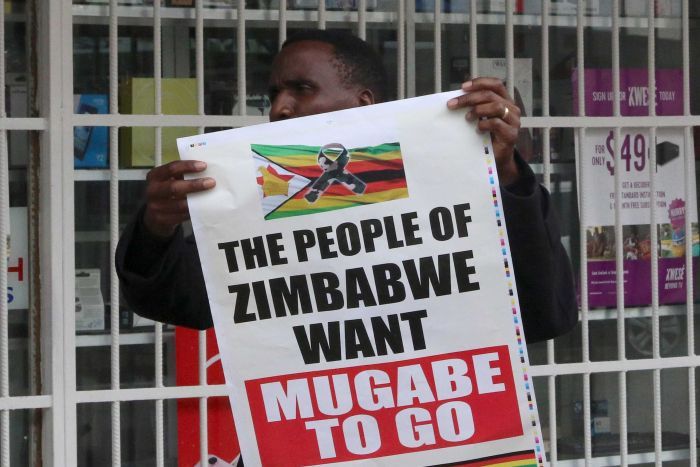 PHOTO: Protesters in Harare are calling for President Robert Mugabe to step down. (Reuters: Philimon Bulawayo)

Early in the protest, soldiers approaching the demonstrators and urged them to head to the Zimbabwe Grounds where speeches were set to be delivered. 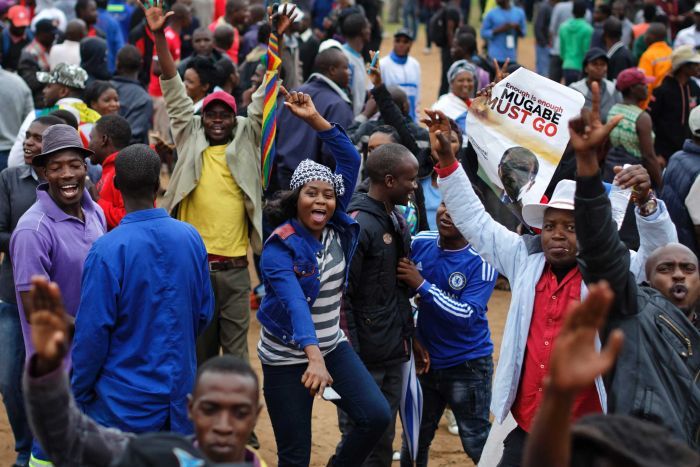 The Zimbabwe Grounds were chosen for the symbolism.

The location is where Zimbabweans gathered to cheer Mugabe’s return from exile in 1980 after the liberation war from white minority rule.

Now crowds have met there and urge Mr Mugabe’s departure.