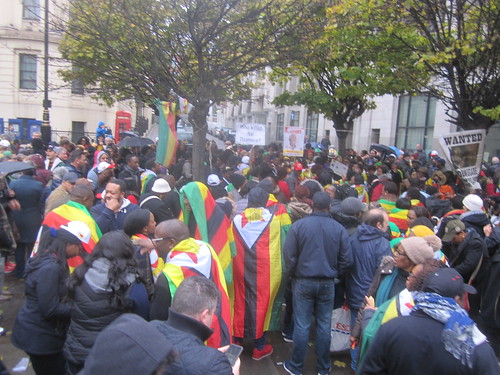 MDC Alliance MP Joana Mamombe has been forcibly removed from a private hospital in the middle of the night and returned to Chikarubi maximum security prison even though she was still receiving treatment.

Mamombe and fellow activists Cecilia Chimbiri and Netsai Marova were abducted and abused last May and charged with violating Covid regulations after taking part in a street demonstration.

Mamombe was recently admitted to the hospital with ‘acute stomach pain’. MDC Alliance spokesperson Fadzayi Mahere says she was scheduled to be seen by a specialist on Friday but was taken away apparently on ‘instructions from above.

The women have been denied bail by both the Magistrate’s Court and the High Court. The MDC Alliance says it is part of concerted efforts by Zanu PF to destroy the opposition before the 2023 elections.

Zimlive reports that, meanwhile, a Harare magistrate has denied a bail request by opposition activists Legwani Mavhunga and Munyaradzi Mafararikwa, who was tortured while in police custody last week. They were arrested after attending a court hearing for MDC Alliance national deputy chairman Job Sikhala and charged with ‘obstructing or endangering the free movement of persons or traffic’.

The activists were hospitalized at Parirenyatwa with severe torture wounds, barely able to walk. Their first court hearing was held at the hospital where the magistrate ordered an investigation into their treatment by the police (see: https://www.zimlive.com/2021/04/22/joana-mamombe-forcibly-removed-from-private-hospital-at-night-returned-to-chikurubi/).

While convicted criminals are released from overcrowded prisons on health and safety grounds, opponents of the regime are refused bail and sent to languish in maximum security prisons while their trials are deliberately delayed.

No wonder the American financial services firm Fitch Solutions, in its latest report, says Zimbabwe is the riskiest investment destination in Southern Africa – above even Mozambique which is facing Islamist terrorism in the North (see: https://www.theindependent.co.zw/2021/04/23/zim-a-risky-investment-destination/).

Fitch is unlikely to be encouraged by reports that Zanu PF is proposing to bring back the notorious youth militia, the Green Bombers, who under the Mugabe regime were unleashed to viciously target Zanu PF opponents in a reign of terror involving rape camps where abducted girls were held.

The UK Times newspaper reports that Kirsty Coventry, the Minister of Youth, has apparently proposed its resurrection ‘to instil patriotism and loyalty among young people. Last year Coventry, the only white cabinet member, was criticised for taking a lease on a prized farm seized during Mugabe’s land grab (see: http://www.zimvigil.co.uk/vigil-news/campaign-news/1136-mugabes-violent-youth-militia-could-be-ready-to-march-again).