HARARE (Xinhua) — The Zimbabwean government has started inputs distribution to smallholder farmers countrywide, so that they can participate in the climate-proofed Presidential Input Program, known as “Pfumvudza” to boost maize production. 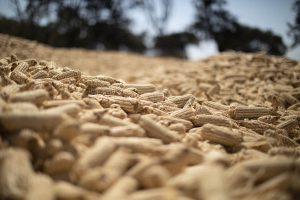 The government introduced the new farming concept early this year to maximize production per unit area, even during drought periods to ensure household and national food security.

Pfumvudza promotes conservation farming techniques and involves use of small plots by smallholder farmers and applying the correct agronomic practices for higher returns.

Zimbabwe has faced erratic weather patterns over the years due to climate change, which have resulted in the country experiencing food deficits.

According to the United Nations World Food Program (WFP), the number of food insecure Zimbabweans is projected to have surged by almost 50 percent to 8.6 million (or 60 percent of the population) by the end of 2020 owing to the combined effects of drought, economic recession and the COVID-19 pandemic.

Launching an international humanitarian appeal for Zimbabwe in July, the WFP said it required an additional 250 million U.S. dollars to support a rapidly expanding emergency operation for millions of Zimbabweans at risk of hunger.

On its own, the UN agency intends to assist 4 million of the most vulnerable Zimbabweans in 2020, and scale up to 5 million in January-April 2021, the peak of the lean season.

“Many Zimbabwean families are suffering the ravages of acute hunger, and their plight will get worse before it gets better,” said Lola Castro, WFP’s Regional Director for Southern Africa when she launched the financial appeal in July.

“We need the international community to step up now to help us prevent a potential humanitarian catastrophe,” she added.

It is in response to these perennial food deficits that government is now rolling out the Pfumvudza project, which is aimed at climate-proofing agriculture by adopting conservation farming techniques in marginal areas to give high yields.

Government has given small-scale farmers across all eight rural provinces of the country a target to produce 1.8 million tons of cereals and 360,000 tons of oil seeds in the upcoming summer cropping season under Pfumvudza.

Former Lands, Agriculture, Water and Rural Resettlement Minister Perrance Shiri said early this year that if the new concept is applied by smallholder farmers, it would ensure household food security, while leaving large-scale farmers to produce for the Strategic National Grain Reserve.

Before his death in July due to COVID-19, Shiri spoke glowingly about Pfumvudza, saying it can be the panacea to the country’s perennial food shortages.

“If we embrace this new scientific approach we should be able to produce a bumper harvest,” he said.

“An average of about four to six family members consumes a bucket of maize (20 kg of maize-meal) a week and if you use the potholing method you need 28 holes in which you sow two seed units per hole, you will get a total of 56 cobs and that is enough for one week,” he said.

Permanent secretary in the Ministry of Lands, Agriculture, Water and Rural Resettlement, John Bhasera said Pfumvudza was one of the concepts under the Agriculture Recovery Plan being spearheaded by the government to boost agricultural productivity, guarantee food self-sufficiency and commercialize smallholder agriculture.

He said Pfumvudza is a crop production intensification approach that allows farmers to concentrate resources (inputs and labor) on a small land unit to facilitate optimum management resulting in increased productivity.

According to Bhasera, the package is enough to cover two 0.06 hectare plots and beneficiaries are expected to fully and religiously adopt conservation agriculture principles as a way to climate proof the program.

Bhasera, however, argued that the program requires a robust and a well-capacitated extension provision system for technical backstopping, tracking and monitoring.

“For optimum benefits, planting on the food security plot should be done timely and this requires adequate preparatory activities that include digging of planting basins before the start of the season and timely acquisition of inputs.

“The early land preparation (off-season) allows the farmer to plant their crop with the first effective rains. To allow for supplementary watering or irrigation, the food security plots should, where possible, be placed near water sources. It is encouraged that farmers prepare two plots, one for cereals (maize or small grains) and one for legumes thus providing a protein source to complement the cereal,” Bhasera said.

He further explained that the Pfumvudza concept has three key basic principles; namely use of minimum or zero tillage, maintenance of organic mulch cover on the soil surface and use of crop rotations and interactions that include legume crops.

“Placing three seeds in each planting hole, and later thinning to two, ensures the planting station has the required average of two plants per planting hole, ensuring an optimum plant population.

“The small land size ensures that the farmer is able to provide supplementary irrigation (water by hand) where water is available during dry spells, thus enhancing the resilience of the production system,” the permanent secretary, an agronomist by profession, said.

To ensure its success through optimum use of skills, the government has collaborated with the private-run Foundations for Farming and other stakeholders to capacitate extension workers on the Pfumvudza concept.

Bhasera said the extension officers will be capacitated to enable them to educate, track and monitor the Pfumvudza concept.

“We are working with different stakeholders that include Foundations for Farming, seed houses such as Seed Co., and fertilizer companies to capacitate our extension workers so they will be able to train farmers in different provinces. We are training the trainer,” he said.

Over 1.8 million households are expected to participate in the program this year, growing two plots measuring 39 by 16 meters each.

From the two plots, a farmer is expected to harvest a ton of maize with half of the harvest going towards household food security, while the remainder goes towards strengthening the Strategic National Grain Reserve.

The rolling out of the Pfumvudza project comes at a time when Zimbabwe is expected to receive goods rains this year, on the back of successive droughts in the past seasons.

According to the Meteorological Services Department, the country is expected to receive normal-to-above normal rainfall in the 2020/21 agricultural season.

The country is also forecast to have an early rainy season, starting with scattered rainfall next month with more effective rains expected in November through to December in most parts of the country.

Government has since targeted to produce 3.6 million tons of the staple maize in the 2020/21 agricultural season, double the country’s annual grain requirement of 1.8 million tons for both human and livestock consumption.

The country has over the years been failing to produce enough grain to satisfy local demand, and has had to rely on imports to plug the deficit.

As farmers embrace the new concept, farmers in the semi-arid district of Gokwe in the northwestern part of Zimbabwe have already started preparations for farming under the concept.

“We have since received the inputs that are maize seed and fertilizer. The process of holing has started and quite a significant area has been covered,” Grain Marketing Board depot manager for Gokwe Nembudziya Paul Mandandi told the Herald newspaper this week.

He said the process of holing is now at an advanced stage.

“While I cannot give figures off hand, I can assure you that we are within our target in terms of land preparation. We are geared to fulfill President Emmerson Mnangagwa’s thrust to end hunger,” Mandandi said.