Innocent Ruwende and Nyemudzai Kakore
Government has declared a state of national disaster the accident in which 46 people were killed when two buses side-swiped at the 166-kilometre peg along the Harare-Mutare highway on Wednesday evening.

Declaring an accident a state of national disaster enables the State to mobilise resources to assist the injured and bereaved families with cash and burial arrangements.

Government has since provided $25 000 towards the victims of the accident.

The Insurance Council of Zimbabwe (ICZ)will settle all hospital bills, while FSG and Nyaradzo Funeral Services will assist with coffins and transporting the deceased to their final resting places.

The total monetary assistance to each bereaved family is $1 350.

This comes as President Mnangagwa called for a robust response from traffic enforcement agents to put an end to rampant lawlessness on the country’s roads.

In his condolence message, the President said he had learnt with deep sadness of the death of 46 innocent souls, saying the fact that many lives were lost in just one traffic accident raised serious questions about the behaviour of drivers on the country’s roads, especially those operating passenger service vehicles.

“The use of vehicles that are not roadworthy, or drivers who do not seem to care for passenger safety, amount to criminal breach of trust between bus operators and paying commuters who expect and deserve safe transit,” he said.

“Both the responsible ministry and our law enforcement agents must use this bloody accident to close in on all bus operators, drivers and road users who put profit and speed above life, thus causing avoidable carnage on our roads.”

He said the lawlessness now evident on the country’s highways and dense urban roads must be met with a robust response from traffic enforcement agents whose duty is to ensure a culture of compliance and safety on the roads.

President Mnangagwa added, “In view of the magnitude of the loss of human life in this one incident, I have since directed that the responsible ministry takes steps to declare this accident a national disaster in order to enable the mobilisation of resources both for treatment of all those injured, and for support to families which have lost their loved ones.” 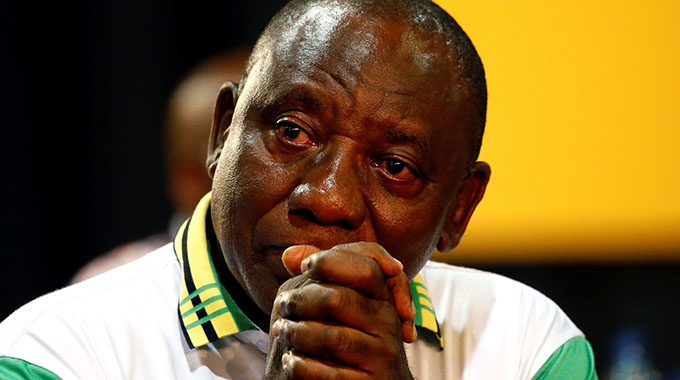 “On behalf of the people of South Africa, we send our deepest condolences to the Zimbabwean Government particularly the families who lost their loved ones. Our prayers and thoughts are with you and we wish you (people of Zimbabwe) strength during this time of grief,”

President Ramaphosa was quoted as saying by CAJ News Agency.

He appealed to motorists travelling between Zimbabwe and South Africa to always exercise caution on the roads to avoid carnage,

which he said had robbed families of their breadwinners.

“Road carnages rob us of our breadwinners and delay our family developments,” he said.

“My heartfelt condolences to the bereaved. I have ordered the civil protection structures at Rusape and Manicaland Province to swiftly and compassionately attend to the affected. The Civil Protection Directorate is working with the Insurance Council of Zimbabwe on the assistance to be rendered to the bereaved. All necessary measures will be taken to assist the affected,” he said.

Minister Matiza consoled the bereaved families saying government would take a serious look at strategies that could be implemented to curb the loss of lives on the roads.

He said 30 people had now been identified by their relatives adding that 40 people died on the spot while six died on the way to the hospital or upon admission.

Rusape General Hospital acting matron Sister Josephine Chisamba said as of last night, they had attended to 81 patients and admitted 52.

She said five people who had been seriously injured had been transferred to Harare.

The director of the Civil Protection Unit, Mr Nathan Nkomo, said each family would receive $500.

“Following the tragic accident Government has released $25 000. We have increased the amount from $200 to $500. We have also established a command centre in Rusape. The Insurance Council will also release some funds towards the cause.

“The deceased are at Rusape mortuary which can only accommodate 16 while the others are at Nyaradzo Funerals, Rusape. The two buses are insured.”

The worst accident recorded in the country is the Nyanga Bus Disaster of 1991 which claimed 88 lives, most of them Regina Coeli pupils and staff members.

Others include the 1982 Dande accident that killed 61 farmers and many others.

In June last year 45 people were killed when a Zambia-bound King Lion bus rammed into a tree in the Nyamakate area in Hurungwe.

In August 2009 in an accident known as the Mhunga Bus Disaster, 40 people were killed along the Harare-Masvingo Highway in a mishap involving a Mhunga Bus and a haulage truck.

In March 2007, a commuter omnibus claimed 35 after it was hit by a train at a rail crossing.

Another Mhunga Bus in November 2002 was involved in a head on collision with a haulage truck with the accident claiming 37 lives.