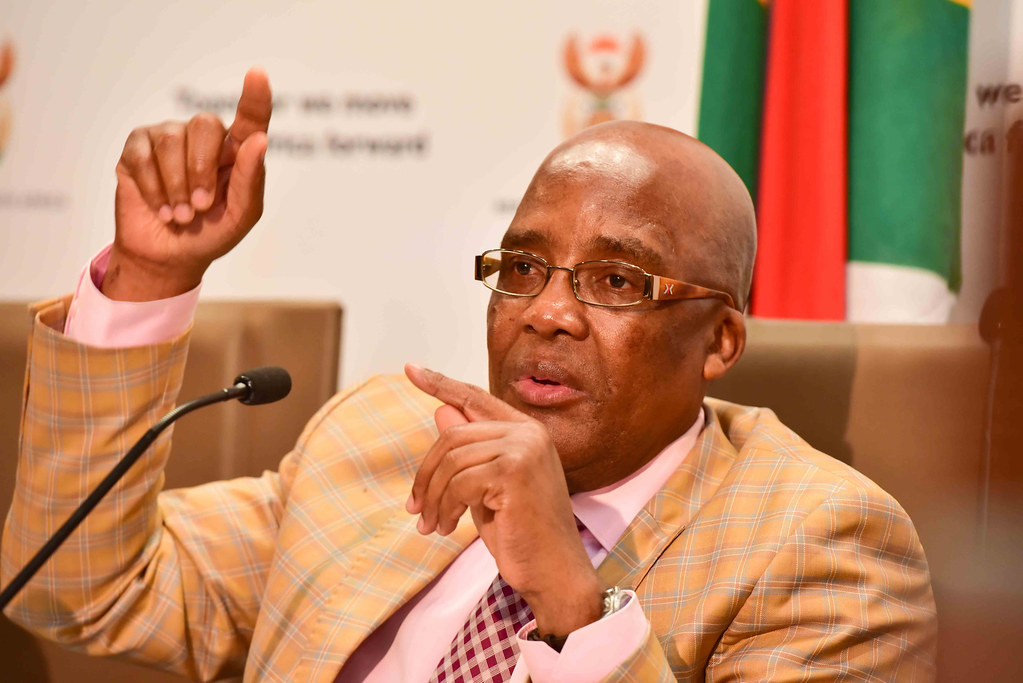 South Africa is expected to unveil more border guards at other border posts in the neighbouring country.

During the unveiling of the border guards at Beitbridge, other arms of SA’s government showed disinterest amid claims that Motsoaledi is bringing in an ulterior African Nation Congress (ANC) force into mainstream public administration.

As Motsoaledi set the border guards into action, across the road the South African Revenue Services (SARS) officials picketed as they continued their strike against the SA government.

SARS officers are demanding better wages and the resignation of their chief executive officer under whom they claim that working conditions have deteriorated while their perks were reduced.

“Staff morale has been low ever since the new chief executive came.  There are claims by some concerned citizens that the minister (Motsoaledi) is legalising an underground ANC force under an organisation called Dudula,” a source said.

The highlights of the day as Motsoaledi unveiled the guards included a pass-out parade of the newly-recruited members of the Border Guard whose selection has also raised eyebrows in Musina.

“We were just told to apply but were never responded to. They brought their own people from other areas,” Virginia Mbedzi of Musina said.