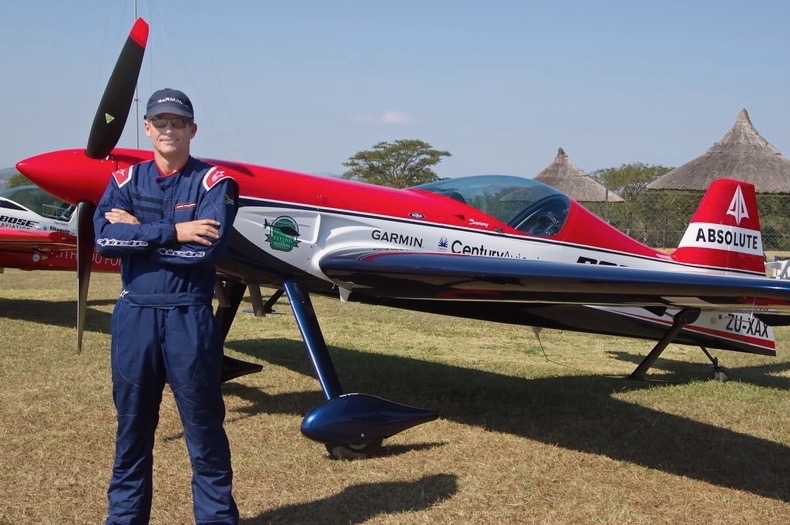 A Cape Town aviator’s life ended tragically in Harare, Zimbabwe, as he crashed to his death on Tuesday night during an airshow.

One witness said: “Four planes were taking part in a sunset aerobatics display for the Mashonaland Flying Club when tragedy struck.”

Another said the plane had spun several times and eventually veered off course, leading to the crash.

Mark “Sammy” Sampson, from Cape Town’s Marksmen Aviation Team, has been described as an “outstanding aviator, honoured team member, trusted number-4 and loyal friend,” in a condolence message by his team.

The aviation team said Sampson died at Harare’s Charles Prince Airport on a return leg trip that had taken them to Kenya.

They said in a statement:

The Marksmen Aerobatic Team were on the return leg of a roundabout trip from Cape Town to Nairobi, where the team had performed a successful aerobatic formation display at the Kenyan Défense Force (KDF) Museum Airshow, held in conjunction with the Aero Club of East Africa.

Before his death, on his Facebook wall, Sampson was tagged in a post about the round trip to East Africa.

“A great weekend in Kenya displaying at Wilson airport in Nairobi. We were invited and hosted by the Kenya Defence Forces (KDF) in conjunction with the Aero Club of East Africa (ACEA). We were treated to exceptional Kenyan hospitality.

“The Museum Airshow Festival was held at the Uhuru Gardens in Nairobi and we were fortunate to display with the highly skilled aviators from the Kenyan Airforce (KAF) as well as a number of other commercial operators including Kenya Airways. We were fortunate to meet with the President of Kenya, his Excellency Uhuru Kenyatta, a keen aviator (a member of ACEA) and a new fan of ours.

A special thank you to the Aero Club of East Africa for the amazing hospitality, without a doubt one of the best and most impressive flying clubs we have seen.

Sampson was a former captain at Cathay Pacific and a first officer at Nationwide Airlines in South Africa.

He also served as a nautical captain in the South African Airforce. – News24