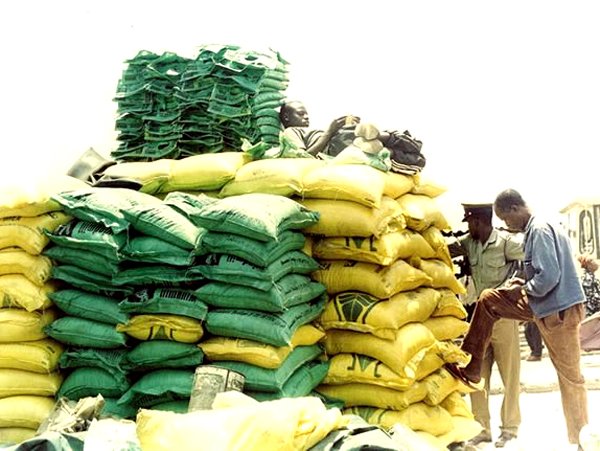 SABLE Chemicals Industries (Sable), Zimbabwe’s only manufacturer of ammonium nitrate (AN), says it will only be able to meet just about 38%

AN is a top-dressing fertiliser used to boost yields.

In an email interview with NewsDay, the agro-chemicals company disclosed that capacity utilisation had fallen to an unsustainable level due to foreign currency shortages for the importation of ammonia gas, a critical input, from South Africa.

At full capacity, the company produces 240 000 tonnes of nitrogenous fertiliser which, in the 1990s, was all absorbed by the domestic market.
Sable marketing manager Philip Mathemera said current central bank monthly forex allocations to the company were about $425 000, almost seven times less than its monthly requirement.

“The foreign currency shortages have seriously affected our production targets, owing to failure to import ammonia gas, a key raw material in the production of AN. For every one tonne of imported ammonia gas, Sable produces two tonnes of AN fertiliser,” Mathemera said.

“From an economic perspective, it is better and more efficient for Sable to supply AN than importing a finished product. The Sable production process of AN largely uses local raw materials, contributes to the economy and ultimately saves foreign currency.”

The Kwekwe-based fertiliser maker relies entirely on imported ammonia after it switched off its electrolysis plant to cut costs on electricity, which was its major cost driver. The 14-unit electrolysis plant consumed around 104 MW — the size of a power station-to break down water into oxygen and hydrogen, the latter of which was reacted with nitrogen in an ammonia synthesis plant to produce ammonia.

In 2010, Sable announced it would switch to coal gasification to produce hydrogen, but has since shelved the project and fallen back on imports of ammonia gas.

Sable also reported that it faced logistical and transportation challenges landing the ammonia in Zimbabwe, resulting in long lead times.

“In South Africa, ammonia is transported by Transnet Freight Rail who are facing challenges related to vandalism of infrastructure and derailments.

The National Railway of Zimbabwe (NRZ) is also dogged by loco shortages. All this affects feedstock to produce AN,” he said.

Mathemera also said the company’s pipeline projects — a — $200 million ammonia and urea manufacturing plant — was “earmarked to come on stream by 2023”.

The two plants are expected to boost Sable’s annual production of AN and urea to 240 000 tonnes and 360 000 tonnes, respectively.