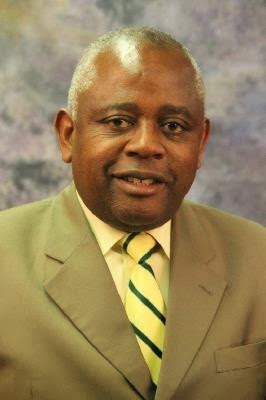 THE country’s manufacturing industry continues to face major challenges in securing raw materials, hampering already low production. While industry projects capacity utilisation will increase to 48% in 2018 from 45,1% last year as companies continue investing in their operations, it is dependent on foreign currency allocation measures and priorities by monetary authorities. Business reporter Melody Chikono (MC) this week caught up with Imperial Refrigeration CE Calisto Jokonya (CJ, pictured), who is also a former president of the Confederation of Zimbabwe Industries, to talk about these and other issues. Find excerpts of the interview below:

MC: Imperial has become a household name in the local market. What can you say have been the major milestones you have achieved in this journey?

CJ: Imperial has been in this industry for over 60 years, to be precise it’s over 68 years. Producing households, commercial refrigeration, procuring cold rooms, particularly in the domestic field, we are very strong and we are also known for products that last.

We have fridges in the market that are over 60 years old that we have produced and are still functioning. Durability has always been our stronghold.

MC: What challenges have you faced?

CJ: The main challenge of the refrigeration industry is foreign currency availability and competiveness. Most of the raw materials are imported from overseas.

What we do as a refrigeration company is to design and produce cabinets. So we produce mainly sheet metal. Sheet metal bending is our business and the components we use — like the gas, compressors and tin condensers — are manufactured outside.

About 75% of our raw materials are basically imported. Because of the sanctions that were imposed on our country, we actually have to pay upfront before the units are even manufactured.

It makes it very difficult as raw materials will be tied up in capital. It also takes about four to six months for them to arrive even though you would have paid for them so the cost of money is very high.

The other challenge is that of competiveness the industry has experienced.

We suffered hyperinflation, which means that you produce a refrigerator today and you sell it but when you guarantee that item you guarantee it for the component that were used yet component prices go up.

By the time, say, a component like a compressor breaks up, it will be a complete invoice. The prices are now determined by imported inflation, it’s normally regrettable if you are an importer.

Because of the shortage of foreign currency, we suspended our domestic manufacturing and we have relations with a South African company called Frigoglass where we are now working on a strategic alliance and we are now supplying Coca-Cola.

We do certain components for them in Zimbabwe and we supply into the whole market for Coca-Cola approved products, bolting companies like Delta Beverages, Schweppes, Tari Bottlers, etc.

Of course, we are looking forward to restarting household manufacturing and we would want to resume when credit lines are available. In terms of that we would need about US$2 million.

We are working on it and the machine is operational, all we need are raw materials and we need lines of credit, we do not need to be paying upfront.

The machinery available has not been used much since the time we suspended the operations.

The most important things are when sanctions are lifted we will able to make up for that and the whole the international market will open.

Because of that we cannot compete with counters like South Africa which then dump their fridges here.
We have the capacity to produce 3 000 units in factory and we need about 150 employees.

By suspending these domestic units we are losing about US$1,5 million per month. We suspended in 2008 and since then we have been losing that much.

MC: In terms of production, what is your current capacity utilisation and where do you see yourself in the next two years?

CJ: We are currently at 10% capacity utilisation. We used to do three shifts, working five hours a day. So we are way below capacity and our employees now are just about 60.

I think the issue of sanctions, once lifted, we can attain raw materials and the economy will then go into positive terrain and we will certainly go back to about 40% capacity.

We can then use our own machinery here and even borrow using those as collateral.

MC: A number of manufacturing companies have been affected by foreign currency shortages. Specifically, how have you been affected forex woes?

CJ: We have been affected heavily. We can’t even export, we are now supplying domestic companies.

So, like I said, in terms of foreign currency the US$2 million in forex I referred to is not bad, we can get back on our feet as we still have machinery in full swing.

We need 80% of our raw materials and we need huge money for that. We will be able to supply locally and export.

MC: Do you think Zimbabwe offers a level playing field for your kind of business?

CJ: At this point it does not support. Our greatest enemy is the Sadc protocol, (which is) is really affecting us and is 100% in favour of South Africa.

All imports come through South Africa and our costs from Durban are not incurred by South Africans.
We have a very small market compared to South Africa. (50 million vs 14 million population). That is already working against us. It has bigger capacity than us. Zimbabwe needs bout 40 000 fridges per annum, but now has come down because of the economy. Capri and us already have excess capacity.

If we were to open our borders to, say, ‘South Africa, come and dump your fridges’, we will close down.

MC: What have been the major investments you have made in the past few years?

CJ: We have not made any major capex investments. Equipment here was bought in 1996 and its new because it wasn’t used that much.

MC: In 2015, you managed to get multimillion dollar deals with the Coca-Cola Company? Do you see yourself making other big deals in the near future?

CJ: The deal still stands and we keep talking and as long as Coca-Cola is still standing. Recently, Delta announced that it’s going to invest about US$250 million, we can only start smiling.

We have also seen Pepsi coming in, they have not placed any order yet but we hope they will come our way.

MC: In the face of the so-called new dispensation, what is your outlook?

CJ: I am a very positive person. I think as more electricity opens open up and the rural electrification goes on while communal areas open up, we remain positive.

The new dispensation is opening up many opportunities

CJ: Strategic domestic partnerships are our main focus. We are looking at establishing strategic relationships for our household manufacturing unit. Once we are able to do that, we will be good. We are talking locally and overseas, but I won’t mention any names.

Newer Post
Panic amid Ebola scare
Older Post
Selfies with soldiers; no one shot at us then