I am safe outside Zim, tweets Jonathan Moyo

A Zimbabwean Cabinet minister close to first lady Grace Mugabe, who went silent after the military moved in last week, has reappeared on Twitter, saying he is “relatively fine outside the country”.

Minister of Higher Education Jonathan Moyo had been said to be detained along with a number of other ministers as the military pursued people it called “criminals” accused of hurting the country’s economy. We have been unable to independently verify this story.

Moyo, the most outspoken of the unpopular first lady’s allies, says he is outside Zimbabwe with “at least 50 others” who include lawmakers and ruling party officials.

Opposition to Grace Mugabe’s positioning to succeed her husband led the military to move in last week and put the president under house arrest. 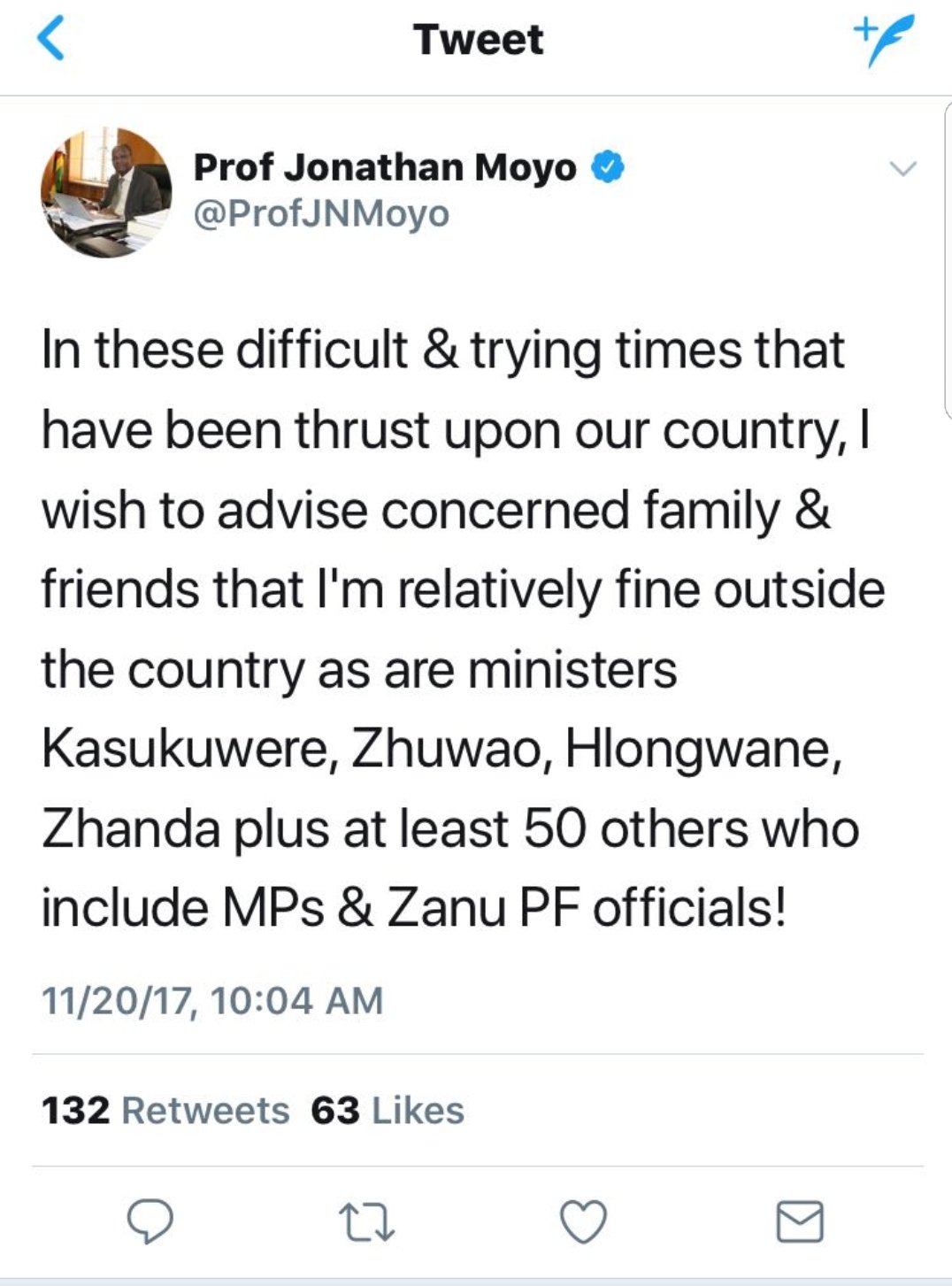