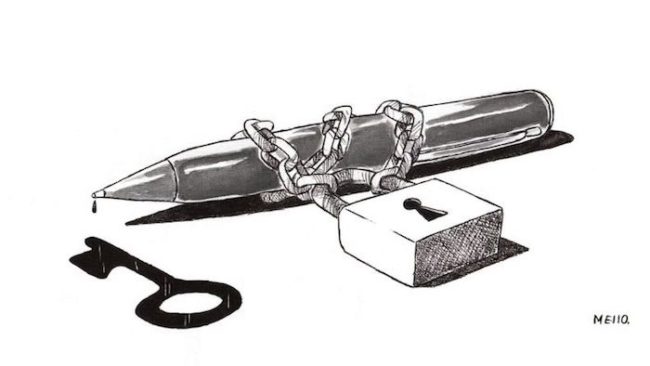 News anchor Peter Ndoro and the broadcaster’s foreign editor, Sophie Mokoena, have been the subjects of abuse and intimidation.

Among those involved in social media attacks on the two SABC staffers is the press secretary in the Office of the President of Zimbabwe and permanent secretary in the Ministry of Information, George Charamba.

In a statement on Tuesday, Sanef said the vicious online and social media trolling of women journalists and media workers.

“Those behind the abuse are intimidating, sowing disinformation and discrediting the integrity of news media outlets that report on Zimbabwe’s political crises,” it added.

“His [George Charamba] actions assisted by Nick Mangwana, the secretary for information in Zimbabwe, are creating significant professional harm. It must stop.”

Sanef said it believed the hostile environment was a direct attack on freedom of expression.

“Worldwide, similar attacks are being meted out on journalists with the intent to silence their voices, especially that of women and the stories they tell.”

Recently, the International Women’s Media Foundation (IWMF) stated while journalists faced harassment and attacks online every day, those aimed at women reporters were growing and could result in them declining assignments – or leaving the industry altogether.

Sanef has called on media owners to ensure journalists have access to networks that would support them, such as the International Coalition on Online Abuse.

“We believe that under Covid-19 conditions, the emotional support and safety of journalists is of paramount importance,” it said.