Many health care workers have fled Zimbabwe’s beleaguered system. Those who remain say they aren’t getting the counseling and psychological assistance they need during the pandemic. 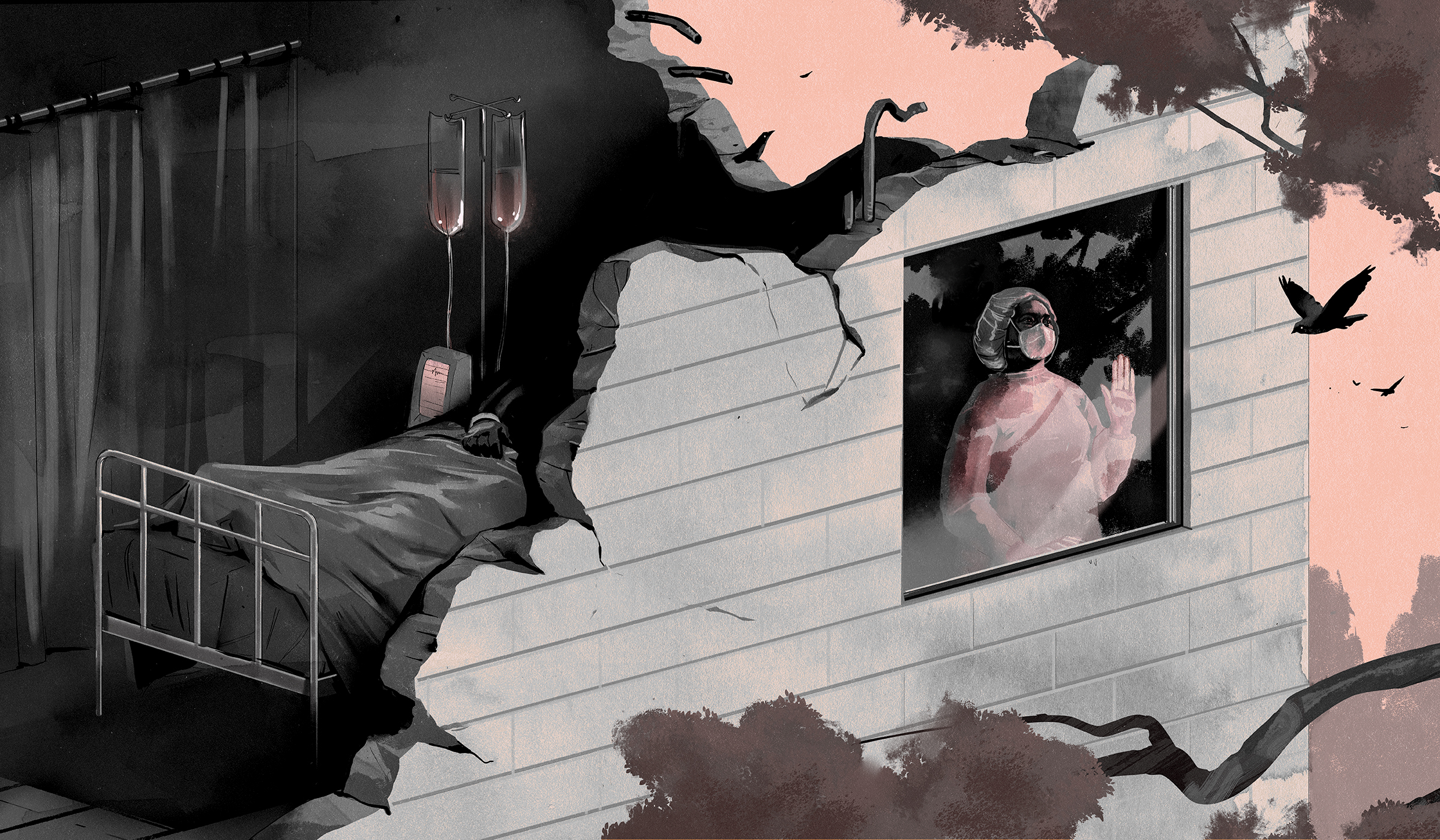 HARARE, ZIMBABWE — Mary was in her mother’s house when she heard the news she’d been dreading: She’d tested positive for COVID-19, the disease caused by the coronavirus.

“I could not sleep for days with the fear I might die in my sleep,” says the tall, outspoken nurse, who works at a public hospital in Harare, the capital.

Mary, who asked to use only her first name for fear of losing her job, suspects she contracted the virus at work. The hospital didn’t follow up or offer any support during her 13-day isolation period, she says.

While front-line workers worldwide grapple with the daily threat of contracting the disease, Zimbabwe faces a particularly challenging situation. The country’s health care infrastructure has crumbled over the last two decades, due to economic and political instability. Once-heralded public hospitals lack basic supplies, such as personal protective gear, and ventilators. Many highly trained health workers have fled the country in search of better jobs abroad.

The lack of counselling or psychological support from hospital administrators has made the remaining qualified health care employees afraid to work, further threatening an overburdened system already scrambling to care for its citizens.

“The morale even to go to work was just low mainly because of poor working conditions and low remuneration,” says Norman Matara, secretary general for the Zimbabwe Association of Doctors for Human Rights. “When you add COVID-19 pressure to a system that was already broken, it gives so much pressure to our health workers.”

Nearly 4,000 health workers had tested positive by late February, according to a government press briefing, with 18 deaths. The country has recorded more than 36,000 cases and more than 1,500 deaths.

Enock Dongo, chairman of the Zimbabwe Nurses Association, warns that health care workers increasingly are trying to leave the country because they are not getting the support they require. He worries the number will continue to dwindle, compromising the quality of Zimbabwe’s health care.

Zimbabwe has 44,067 health workers, which is 4,580 less than the country requires, says professor Auxilia Chideme Munodawafa, vice chairperson of the Health Service Board of Zimbabwe. More than 1,000 health care workers resigned in 2020, a slight increase over previous years.

Memory, a nurse at the public hospital where Mary works, has considered adding her name to that list.

Memory, who asked to use her first name for fear of retribution, says the hospital doesn’t provide adequate protective equipment. She receives only one face mask for a 12-hour shift that begins at 7 a.m. The mother of three says she feels uncomfortable going to work. Even helping patients scares her as she fears contracting the virus and endangering her family.

“Those who work in risky areas have to have higher PPE,” he says, referring to personal protective equipment. “But because everyone is worried about COVID, everyone wants that higher level of PPE. So that always becomes an area of conflict between the worker and the employer.”

The pressure has taken a toll. Memory sees its effects in how she relates to her children. She notices that she occasionally shouts at them for slight mistakes or goes quiet for no reason.

She’s confident that counselling, as well as an improved working environment and better pay, would help alleviate some of these pressures.

“If I had an option, I would leave my job and go elsewhere where my concerns will be listened to without fear,” Memory says.

Although her husband works as a tailor, Memory’s nursing job remains the family’s only stable source of income. “I envy those that are resigning and others leaving the country,” she says. “But I do not have an option because of responsibilities I have here.”

Donald Mujiri, spokesperson for the Ministry of Health and Child Care, refutes claims that health workers haven’t received counselling. He says public health institutions have nurse counsellors who are providing counselling services to patients, their relatives and hospital staff.

“We have an expert team going around our nation giving information specifically on anxiety and depression,” he says. “Information is being imparted to front-line health workers in order for them to offer basic psychological aid to clients they come in contact with.”

The government says it will prioritize vaccinating health care workers and launched a roll-out. But the process has only just begun.

Mary, who works in the maternity ward, says counselling services haven’t been offered to her or others at her hospital. She recovered after 13 days and has resumed work. But she can’t shake the experience.

“I’m anxious and fear going to work after what I went through,” she says, “especially in an environment where you know that sometimes the personal protective equipment is not sufficient.”

Mary is concerned about the well-being of her children. She gets impatient quickly now, she says, and blows up for no reason. She has asked her mother to keep the children, who stayed with their grandmother during her isolation.

It’s not her physical health she worries about anymore.