Second Covid wave breaks over Zimbabwe: Tales of dread from the small town of Gwanda

Source: Second Covid wave breaks over Zimbabwe: Tales of dread from the small town of Gwanda 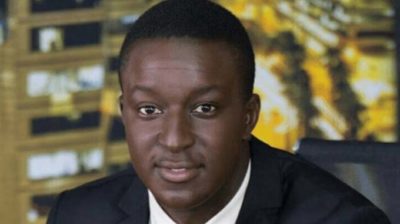 The first wave did not hit the country as badly as we feared. But now the second is upon us and, with our health system in shambles and our health workers still incapacitated, many fear we may not be as lucky.

The first known casualty of Covid-19 in Zimbabwe was Zororo Makamba, a pro-regime journalist and son of James Makamba, a well-known businessman.

Zororo’s brother, Tawanda, said that not only were his test results delayed, but Wilkins Hospital, the only isolation facility available at the time, delayed admitting him, saying it was not ready. It eventually did, but Zororo apparently told his family the nurses were afraid to go near him because they did not have adequate personal protective equipment (PPE). He reportedly said he was alone and scared.

He had tried to walk out of the hospital because he was feeling neglected, but was stopped.

Sadly, on 21 March, 30-year-old Zororo succumbed to the disease. After he died we were shocked to hear that despite his family having secured a ventilator, the hospital did not use it to save him because there was no compatible power point. The hospital also had no running water and no intensive care unit.

His family and many Zimbabweans believe his death could have been avoided.

The lingering thought among many people was that if Makamba – who was so close to the regime that his family called the president to ask him to intervene – could die under such tragic circumstances, what prospects were there for ordinary Zimbabweans, with no means and no access to the ruling elite?

Following Zororo’s death the government seemed to escalate its efforts to prepare for the looming outbreak. We were inundated by state media reports of donations from China, from the first lady and from business people, among others. Many of these donations were announced by the president himself, including PPE worth US$60-million from a company named Drax.

It later emerged that the president had lied and that Drax, owned by Delish Nguwaya, had been awarded the tender. It was not a donation.

The Drax scandal exposed how, during the pandemic, the government had found yet another looting vehicle, and instead of pooling all available funds to equip hospitals and buy test kits and PPE for health workers, it was stealing the money. Everyone who tried to hold it accountable has been thrown in jail, abducted and tortured, or threatened.

Fortunately, the first wave of Covid-19 did not hit Zimbabwe as badly as we feared. But the second is upon us and with our health system in shambles and our health workers still incapacitated, many fear we may not be as lucky.

The second wave may have hit us much harder than we could have imagined. Because the first was minor compared with other countries many Zimbabweans relaxed their efforts to protect themselves from the virus.

In my hometown, a small town called Gwanda in Matebeleland South, we have been receiving scare after scare as the number of Covid-19 patients escalates.

One of the first places to be hit was Joshua Nkomo Polytechnic, the largest tertiary institution in the region. A lecturer tested positive and all his contacts and their contacts had to isolate and be tested. The college had to close temporarily. Fortunately, only five people tested positive.

The college had only opened its doors to final-year students and enforced the requirements for operating in Covid-19 conditions, which is probably why it had only had a few cases. It has since contained the threat and reopened.

Unfortunately, there seems to be an exponential increase in infections in our town. Vubachikwe mine, a gold mine and village 8km from the CBD, has had to quarantine most of its staff and residents after several tested positive. Several businesses have also shut down or quarantined their employees, including the local rural district council, CABS Bank and Umkoko supermarket.

In a small town like hours it gives the impression that the disease is everywhere. This has created an atmosphere of panic.

Because we are a small town where almost everyone knows each other, stigmatisation is rife. This means that even when one has been a contact, the likelihood of them keeping it to themselves to avoid stigma is high.

A resident who tested positive last week and had to be admitted to hospital, told me she regrets allowing them to admit her. Her story is sadly similar to Makamba’s, nine months after his death.

Gwanda hospital converted its eye unit into an isolation ward. The resident said none of the nurses had adequate PPE, only masks and gloves. Because of this they avoided interacting with patients, including monitoring their temperature, blood pressure and other vitals. She felt neglected and alone, afraid she might die from complications.

When they couldn’t avoid it the nurses moved from patient to patient with the same mask and gloves, in nothing but their uniforms, and at lunch time peeled off the gloves and strolled into town to buy food.

Not only are the nurses in grave danger of contracting the virus, they are poised to be spreaders because they interact with people in supermarkets and restaurants and on crowded public transport.

The hospital could only give patients isitshwala (pap) and boiled cabbage or peanut butter. Relatives and friends had to bring in food, which patients must collect outside. This means patients are not in total isolation.

When she was admitted, the resident was told there were no drugs at the hospital and she had to find her own. Her family had to buy cough mixture, vitamins and eucalyptus oil for US$22 (about R327). Few Zimbabweans have that kind of money.

Because of the dire conditions at the hospital many people refuse to be admitted. The rule is that if you live in shared rented accommodation with shared bathrooms you must be quarantined at the hospital so you do not spread the disease to other tenants. Many people lie about their lodgings to avoid the hospital.

These people are then given their results and they walk back into the CBD to join the queue for public transport. The government banned kombis and taxis so everyone has to use Zupco buses, which are overcrowded and unreliable. I shudder to think how many people have been squeezed next to someone who just tested positive.

My cousin tested positive and went home to isolate and recover. A few days later his situation deteriorated and he was rushed to the hospital. They wanted to admit him but he took one look at the facilities and said there was no way he would spend a night in that ward. He thought it would be better to die in the comfort of his own home. They have no medicine, no ICU, no equipment. What help did they have to offer?

After a bitter fight they let him go home.

He is not the only one. There have been reports of people testing positive and running away from the hospital.

Another thing frustrating Gwanda residents is the time it takes for results to come out. Some have waited eight days, during which they cannot afford to isolate and continue going to work and going about their daily business.

Last week, the hospital lab claimed it couldn’t produce results because it had no bond paper to print them on. Another time it said the machine had malfunctioned so it had to redo the tests. One wonders how it managed that since it did not collect new blood samples. The results eventually arrived but one wonders about their authenticity.

To make matters worse there are rumours that fake negative results are being sold for US$30. Private labs charge $60 to $70 for a test so travellers, who by law must produce negative results at the border and when booking flights, sometimes buy fake results, putting other people at risk.

Another local said “this disease will never be contained because our country is rotten. Our government is corrupt, citizens are corrupt. I heard a nurse was seen stealing tests from the hospital. We are doomed either way. The best thing is to preach to your friends about staying at home as much as possible. Schools must just close.”

Our only hope is that, as with the first wave, our fears don’t come true. Because if Covid-19 does spread as it has in other countries, we are doomed. DM/MC