Security agents must stay out of judiciary system

Source: Security agents must stay out of judiciary system – NewsDay Zimbabwe May 18, 2019 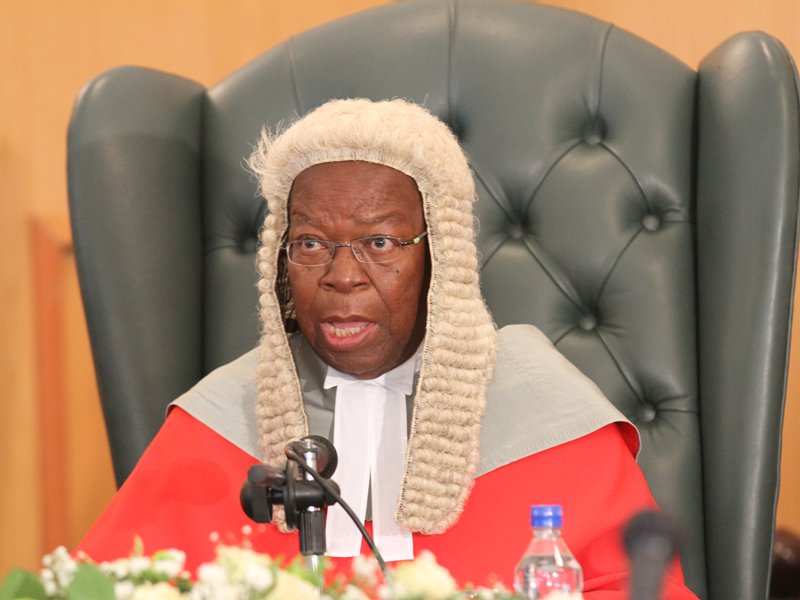 IN February this year we published a landmark ruling by the Constitutional Court (ConCourt) which declared as unconstitutional any involvement of the police and army personnel in the country’s judiciary system.

The ConCourt’s unanimous decision to outlaw the engagement by the National Prosecution Authority (NPA) of army and police personnel as State prosecutors was delivered by Justice Antoinette Guvava.

“The engagement by the first respondent (NPA) of the serving members of the security services to prosecutorial duties is in contravention of Section 208 (4) of the Constitution of Zimbabwe… It is, hereby, ordered that: The first respondent (NPA) is directed to disengage all members of the security services within 24 months from the date of this order,” Justice Guvava said.

And as far back as 2015 the late Justice Godfrey Chidyausiku also took the Prosecutor-General (PG)’s Office to task asking: “Why do you want the police to do your job? We in the Judiciary do not want to have police officers as magistrates. Give us one good reason why we should have police prosecutors as opposed to civilian prosecutors…. In principle, I do not see the reason why the PG would want his job done by police.”

So it is from this background and standpoint that we are somewhat disturbed by the goings on at our courts where High Court prosecutors have downed tools alleging serious interference from the security services sector in the State attorneys’ day-to-day operations. In fact, the allegations go beyond interference and have been described by the prosecutors as “capture”.

For a country that is struggling to attract foreign investors, the grave developments at our courts have a serious bearing on the country’s prospects of weathering the socio-economic storm that it is experiencing.

At a time the world and us as citizens are expecting major reforms across all sectors after years of misrule by former President Robert Mugabe, which created this situation whereby our courts were being run by the security services, the events at the courts are the last thing we expect.

We hope that the prosecutors’ concerns will not be dismissed as a storm in a tea cup because for them to reach that decision means that there must be something serious happening there. Dismissing this issue is tantamount to perpetuating an obnoxious system inherited from Mugabe’s regime.

It is very sad, to say the least, that we have a government that tells us that it observes the rule of law when its key institutions — such as the courts that should be the first to exhibit the rule of law, are mired in such embarrassing controversies.

We cannot be seen to be condoning a situation whereby those in charge of our courts violate our sacred Constitution, which in Section 208 (4) says: “Serving members of the security services must not be employed or engaged in civilian institutions except in periods of public emergency.”

So we beseech the powers-that-be to, for the sake of re-establishing a good name for our country, address the concerns of our prosecutors and, for goodness’ sake allow them to professionally conduct their duties without this unwarranted external intrusion. It is totally uncalled for and an unnecessary indictment on our efforts to be re-admitted back into the family of nations.