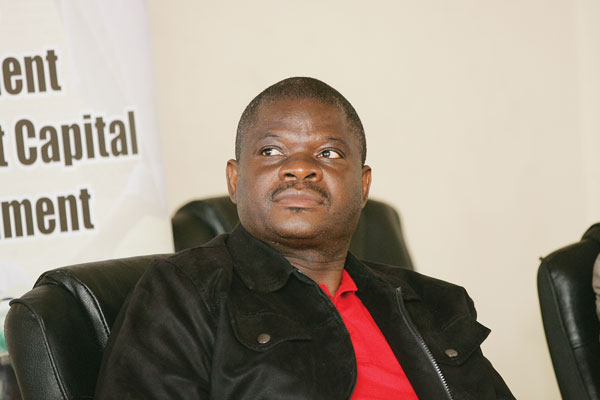 BY PRIVELEDGE GUMBODETE
SENATORS have attacked the Executive after ministers bunked the Upper House question and answer session.

Only five ministers pitched up to take questions from Senators last Thursday, resulting in most questions on the Order Paper being deferred.

Senators felt that given the dire state of the country’s economy it was important that ministers attended Parliament to answer questions.

“I am very saddened by the ministers who do not come to do their job in the House.  Question time is a very important session for Zimbabweans, especially looking at the current economic situation.  The citizens want to know what is taking place. They want us to ask questions and hear responses, but the ministers are absent,” said MDC-T senator Morgen Komichi (Midlands) while raising a point of order with deputy Senate president Michael Nyambuya.

Senator Fortune Charumbira added: “I want to refer to the Constitution, section 107(2) which says ‘Every Vice-President, minister and deputy minister must attend Parliament and parliamentary committees in order to answer questions concerning matters for which he or she is collectively or individually responsible.”

“We want to appeal to you Mr President (of Senate) that this matter is given urgent attention, and with a very clear and loud announcement by your seat as to what has been decided or resolved which makes us feel comfortable that the future business of Parliament will be respected.”

Nyambuya said he would take the issue up with President Emmerson Mnangagwa.

“I am alarmed and this is tantamount to holding the Senate in contempt. It is unconstitutional and it is breaking the Constitution which we are supposed to defend. When we take the oath of office, we are supposed to defend the Constitution…together with the relevant authorities and the head of Parliament; we are going to bring this to the attention of the head of State so that if any action is to be taken, it should be taken,” Nyambuya said.