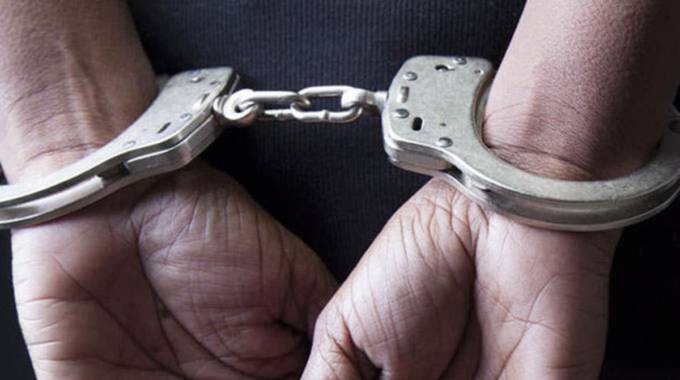 SEVEN armed robbers and housebreakers who were terrorising people have been arrested in separate incidents countrywide.

Police said the seven armed robbers and housebreakers were arrested in Ngundu, Mberengwa and Zvimba.

He said last Friday, police in Ngundu arrested Jacob Gwenhamo (38), Maruva Talkmore (38), and Manzini Funnie Frank (54) for a case of attempted robbery in which they allegedly pounced at a family in Chivi the previous day at about 7pm.

“The suspects fired two shots into the air before vanishing into the darkness after the complainant’s wife screamed and drew the attention of neighbours, who swiftly reacted to the calls. Police investigations led to the arrest of one of the suspects who implicated two others.

“A trap was set, leading to the arrest of the other two suspects at Ngundu Business Centre. Police recovered a 17 Astra 9mm Pistol with a magazine loaded with 11 rounds hidden in one of the suspects’ skin tight,” Asst Comm Nyathi said.

Another suspected armed robber, Moses Mhlanga (43) was arrested in Mberengwa for a robbery in which he attacked two women aged 26 and 43 in the Greenspan area before stealing cash amounting to US$351, R250, and a cellphone.

After the robbery, the women made a report at ZRP Mberengwa and during the process, the complainants saw Mhlanga, intending to file an assault report at the same police station. He was subsequently arrested.

Police have also confirmed the arrest of Oliver Matandirotya (22), Richman Musokera (18) and Morning–Dew Muzira (20) in connection with a spate of unlawful entry into premises and theft cases committed in and around the Kutama area, Zvimba, between July and August 2022.

The suspects are linked to three cases of unlawful entry into premises and theft. They would break into people’s houses and steal various properties ranging from electrical gadgets, cellphones, clothes, farm produce and cash.

Police have since recovered one bicycle, three buckets of maize, a jacket and a pair of shoes from the suspects.