Shameless Gutu has gone too far

Source: Shameless Gutu has gone too far | The Standard 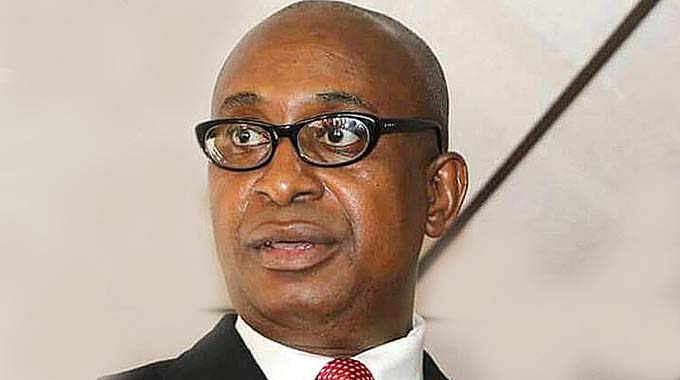 Obert Gutu has been singing for his supper for a while, in fact it’s almost like a symphony, but this time he has gone too far and needs to be called out.

Gutu is a commissioner in the National Peace and Reconciliation Commission, but instead of achieving peace and reconciliation, he has done the opposite with his statements on Gukurahundi.

Zimbabwe’s original sin —  thanks to Novuyu Rosa Tshuma for that phrase — is the Gukurahundi  genocide and this is what divides us as a country more than anything.

If Gutu thinks the Gukurahundi is a tiny fraction of what he has to deal with in his role as a member of the commission, then he is not fit for purpose and should be jettisoned with immediate effect.

The thing though is that he will not be fired or reprimanded and that is a big part of why unity, peace and reconciliation will always be elusive in Zimbabwe.

Gutu may have thought his statements pleased his principals in his latest effort to be more Zanu PF than the original Zanu PF.

I have a word for Gutu — you will always be an outsider, they will never like you and once you have nothing more to offer, you will be out of the door.

I wish people could learn from Baba.

He gets blamed a lot for the Gukurahundi, but he did more than anyone to atone for that and never went about insulting the victims nor insulting their intelligence.

Baba famously said Gukurahundi was a moment of madness, but what is reported less is that he said: “We should never let a conflict situation occur in the future.

“What happened was regrettable and caused a lot of suffering, some of which still persists today.”

If a man of Baba’s stature could acknowledge that some of the suffering still persists to this day, what is Gutu?

I am tempted to say it was a moment of madness for Gutu, but such moments are being too frequent.

I never have any compassion for these so-called new dispensation people, but I am beginning to feel sorry for Ndavaningi Mangwana.

Either he is terribly out of his depth, he is being set up for failure, or both.

Take the issue of the reopening of schools, for example.

Ndava rode on his high horse and matter-of-factly tweeted that the rumour that opening of schools would be delayed was false.

A few hours later, Ndava was back on Twitter to announce that the Cabinet had deferred the opening of schools by two weeks as per the social media rumour.

If Ndava was competent, he would have waited for the Cabinet meeting before trying to dispel a rumour.

He would have engaged widely before making a fool of himself.

If he was not being set up for failure, then his principal would have told him to keep his powder dry and wait before making bold pronouncements on Twitter.

The principal would have advised him that this was a burning issue and the Cabinet would give direction.

I am tempted to think that the government releases information on social media first to gauge what the public’s reaction will be.

To cover their backsides, they then unleash poor Ndava to say this is untrue.

If they see that the public is not overly interested in the rumour, they then release an official statement confirming that rumour.

This has happened so many times, it looks like its government strategy.

Ndava is probably the worst government spokesman we’ve had in a while, not that his predecessor, who says he is just a donkey, was any much better.

That one is just full of sound, fury and big words, nothing more.

He has become more acerbic since he was moved to higher office, the clearest sign that his in-tray is empty so he spends his time being juvenile and dishing out insults.

If he had anything to do, he wouldn’t be exposing himself on Twitter as he is doing now.

Jonso continues doing Baba’s work, oops, I mean the lord’s work. Oops, this is confusing, I don’t mean to be blasphemous kkk.

Last week Jonso released chats between himself and Dougie that took place in 2018.

Dougie is in a bit of a bother, his supporters will try to spin him out of this one, but it is clear that he has been plotting against Nero for a while.

The shocking thing is that Dougie thought Baba could be his sponsor kkk. Baba was too principled to deal with his type.

At least the 2018 mystery about MDC Alliance fielding double candidates in some constituencies and handing Zanu PF victory on a silver platter has been solved.

Dougie and Komichi were already selling out to Lacoste.

History will judge such characters harshly for prolonging the suffering of Zimbabweans.