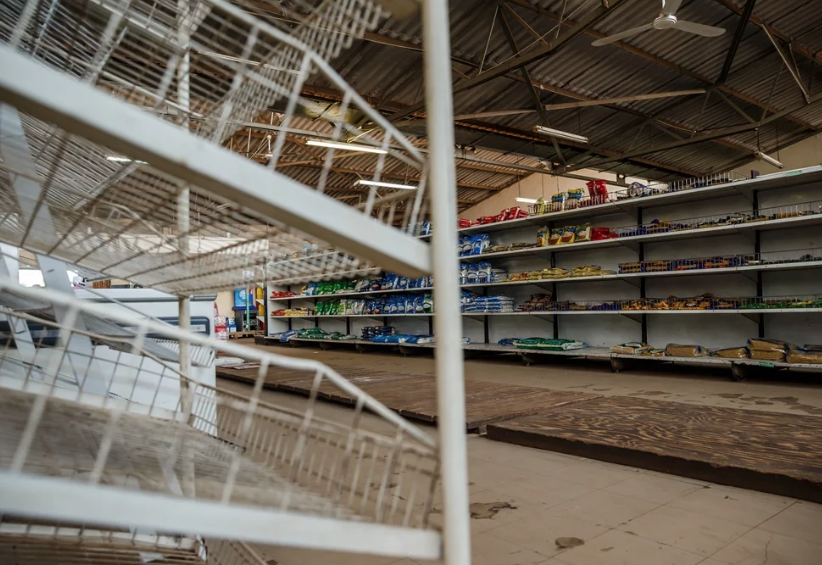 THE indefinite suspension of Statutory Instrument (SI) 122, allowing the importation of certain products amid skyrocketing prices and shortages of basic commodities, has shown the futility of protectionism.

SI 122 of 2017, formerly SI 64, restricted the importation of listed goods to protect local industry from cheap imports.
There was an increase in the importation of commodities when the economy was dollarised in 2009, following the phasing out of the Zimbabwean dollar which had been rendered worthless by hyperinflation.

Prior to dollarisation, shops were rendered empty as the country had been ravaged by the devastating impact of hyperinflation.
Government’s decision to dollarise was seen as a positive move, enabling individuals and business to import products, thereby bringing competition to local products while driving prices downwards.

However, industry bemoaned the influx of commodities, pointing out that it was affecting their operations as they could not compete with an influx of cheap imports.
As a result, the government in 2016 stepped in to restrict imports of a number of commodities including margarine, sugar cooking oil, cereals, baked beans, wheat flour and juice blends.

The restriction on imports, while protecting local industry, however deprived consumers of the freedom to choose and has subjected them to high prices by an industry enjoying the benefits of monopolising the market.

A 2017 Confederation of Zimbabwe Industries report revealed that production in volume terms across the manufacturing sector grew by 5%. Companies in protected sectors such as cooking oil and milk recorded growth.

However, the skyrocketing of prices and shortages of basic commodities after the announcement of fiscal and monetary measures on October 1 prompted the government to lift the restrictions last week. The shortages and price increases were a result of the announcement by the Reserve Bank of Zimbabwe that it will separate Real-Time Gross Settlement (RTGS) accounts from foreign currency accounts. This led to panic buying and the purchase of goods by a cross-section of goods to preserve value as well as profiteering by some manufacturers.

Consumers have borne the brunt as the skyrocketing of prices, shortages of goods as well as rampant profiteering by some suppliers has resulted in basic commodities being sold on the parallel market at extortionate prices.

Some traders have taken advantage of the shortages to hike commodity prices threefold. Some traders have been selling cooking oil for $10 in local payment methods — RTGS, bond notes and mobile money transfers — which is more than double the recommended retail price of $4.

Major retail outlets have cashed in on the shortages, forcing consumers to buy goods of between $5 to $15 before they can buy commodities such as cooking oil, flour and cordial drinks.

The move was widely welcomed by consumers who have been at the receiving end of the ever-increasing prices and shortages of basic commodities. It is hoped the measure will increase the availability of basic commodities at cheaper prices, particularly with the festive season approaching. This will ensure that consumers will be able to get more commodities from their dwindling disposable income as the prices will fall as goods flood the market.

The suspension of import restrictions is a major boost for cross-border traders whose lifeblood is the buying and selling of goods. The lifting of the imports will allow them to bring in goods freely, increasing their earnings.

While the move is expected to bring relief to consumers and boost the fortunes of commodity brokers on the informal sector, local manufacturers are crying foul.
Confederation of Zimbabwe Industries president Sifelani Jabangwe has warned that the suspension of SI 122 would expose the local market to cheap imported goods, lead to company closures and job losses, worsening the country’s unemployment rate.

“We believe that this is not the appropriate action because it will affect business adversely if goods were to come in and start taking away demand from local industry. I think, as you are aware, as CZI, you have not heard us talk about company closures for the past two years or retrenchments, but you could actually find that it starts again,” warned Jabangwe.

President Emmerson Mnangagwa met with business on Monday this week to discuss the problems besetting the economy. Jabangwe called for the suspension of the imports ban to be effected only until the end of the year to prevent the hemorrhaging of jobs.

Business consultant Simon Kayereka says there is need for a well-thought-out strategy to address the issue.

“SI 122 was a kneejerk reaction to industry concerns. The suspension is also another unsustainable move,” Kayereka said. “It is a good move for the current situation, but it is not sustainable.”

He said there is need for currency reforms as well as a planned and sustainable import substitution policy.
The lifting of import restrictions will also mean that government risks losing millions of dollars in taxes. Government has failed to collect taxes from the informal sector despite spirited efforts to do so.

During that period, ZimStat revealed that the country was spending over US$1 million per month in importing toilet paper as well as other types of paper such as newsprint and cigarette paper. The lifting of the import restrictions could worsen the situation.
Economist Prosper Chitambara said while the move protects consumers from the unjustifiable pricing by some manufacturers, there is a need for a systematic way of protecting industry.

“The protection of industry must be done in quid pro quo manner,” Chitambara said. “It must be strategic, selective and time bound.”
He said the import restriction will have an adverse effect on the country’s trade deficit. Chitambara, however, said the lifting of the import ban will help foster regional integration, particularly with Zambia and South Africa.