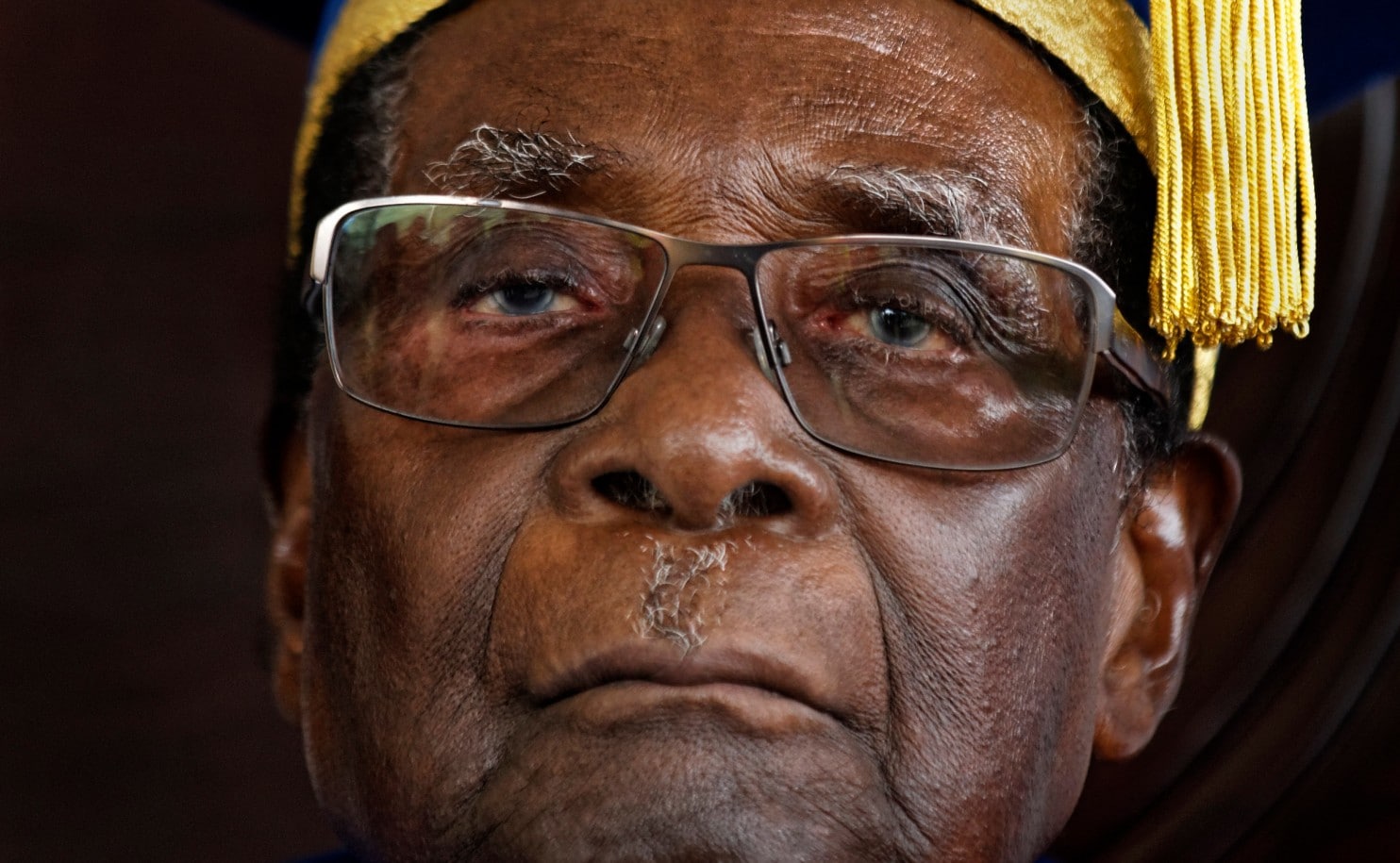 Source: Should Mugabe account for past crimes? – DailyNews Live

HARARE – Anaysts are divided on whether President Robert Mugabe should be
prosecuted for past crimes, committed during his 37 years in power, in the
event that he resigns or is pushed out. 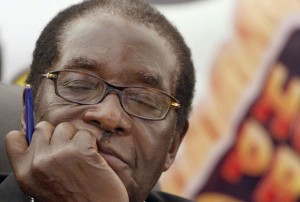 During his time as president, Mugabe master-minded the Gukurahundi
massacres and the infamous 2005 Operation Murambatsvina, among other
social ills.

In 1983, a campaign of terror known as Gukurahundi was waged in
Matabeleland, killing more than

20 000 people and the massacres remain the darkest period in the country’s
post-independence history.

On the other hand, Operation Murambatsvina was a widely-condemned
programme of mass forced evictions undertaken by the government which
according to the United Nations resulted in some

750 000 people losing their homes and businesses.

Years on to today, the affected people have not been compensated for their
loss and thousands allocated plots of land under the Operation
Garikai/Hlalani Kuhle live in settlements with no basic services, schools,
clinics and were driven deeper into poverty.

Mugabe and his family are also believed to have amassed vast wealth with
properties around the world while in Zimbabwe they own several farms and
businesses.

Legislator Jessie Majome believes Mugabe should be held to account because
if not, the past will haunt the nation.

“The three main pillars of truth telling, a guarantee of non-recurrence,
and reparations must not be compromised,” she said.

“The fourth one of justice may be compromised on considering the
circumstances of negotiation and his advanced age.”

Majome added that ultimately the approach must be one that balances the
need for the nation to go forward on one hand and the interests of the
wronged.

Political analyst Vivid Gwede is of the opinion that pretending nothing
has happened over the decades will be a bad precedent and travesty of
justice.

“There has to be closure of some sort, and those who were affected should
know what happened, how and why. Whether that will lead to forgiveness or
not should be left to wide and inclusive consultations.

“In fact, the Constitution has dealt with this matter by requiring the
setting up of a National Peace and Reconciliation Commission and therefore
it should get to work. But papering over the cracks in our democratic
fabric will not be the right path,” said Gwede.

Social commentator Rashweat Mukundu said Mugabe and his family should be
allowed to go into retirement quietly.

“Issues that need redress must be done in a civilised, transparent manner
otherwise we run the risk of setting a background for politics of
retribution.

“Corrective actions in terms of policy, criminality must take the normal
legal and policy course with those that need to go to court doing so,
those who need to pay back, equally doing so.

“At the end of this process there should be genuine national healing and
reconciliation as well as a common vision that unites citizens on the
developmental agenda,” said Mukundu.

Political analyst Precious Shumba is of the opinion that when Mugabe steps
down, he must be made to pay for his past without apology.

“He needs to have some of the properties he acquired to be repossessed,
and he must be allowed to choose one farm that remains his, while the rest
are redistributed to the people who need the land. He would have to choose
which one he wants the most.

“If the military is serious about ending corruption, they need to also do
a thorough search of the Mugabe’s Blue Roof residence in Borrowdale Brooke
in case millions of dollars in hard cash are stashed there.

“His bank accounts should not be allowed to keep the huge amounts that are
most likely to be there. The crimes against humanity, to me, he is too old
to really ever feel the magnitude of his actions,” said Shumba.

He said what might be done to compensate the affected citizens, in
particular in the Matabeleland and Midlands region is for specific annual
budgetary allocations that targets health, education, and other
infrastructural developments for a period of five years to cover the
1982-87 ethnic cleansing that took place.

“At the same time, while it is good for Mugabe himself to pay for his
past, it is also un-Christian to keep grudges and seek revenge on those
who have previously wronged you. In that regard, Mugabe needs to be
forgiven, as he is a part of history that must be forgotten.

“Jesus Christ forgave those who crucified Him on the Cross saying they
knew not what they were doing. Similarly, those hurt by the old man would
need to rise above his levels and forgive him for the sake of his own soul
and their happiness, which can be compromised if they keep hurting inside.

“Mugabe was a cruel and unforgiving man, may Jesus Christ deal with him in
the best manner God knows how,” said Shumba.

He added though that there is no amount of monetary or material
compensation to the Gukurahundi victims and their families that will ever
bring back lost life and opportunities.

“Then Zimbabwe has to move forward, vowing never to be in the same place
where Mugabe brought us because of power.”

MDC spokesperson Obert Gutu said the most pressing issue in Zimbabwe at
the moment is the need to arrest the economic implosion and to revive and
resuscitate the ailing manufacturing and industrial sectors.

“We should focus more on socio-economic re-generation and political
stabilisation. Retribution should be the last item on our agenda going
forward,” said Gutu.

“Zimbabwe is already a broken nation. We urgently need healing. You cannot
heal a nation by being vindictive and retributive.

“We have to engage the future rather than remaining locked up in the past.
You cannot change yesterday but you can always plan for tomorrow.”

Gutu added that Zimbabwe needs a transitional mechanism that will soft
land our political and economic crisis. “It is up to this transitional
mechanism to decide and determine what to do with Mugabe.”

Rights lawyer Dewa Mavhunga said the military is in charge and was also
implicated in the human rights abuses by Mugabe’s government since
independence so it is likely they will grant Mugabe immunity.

“Zimbabweans have little or no say in what is happening as Mugabe faces
not a popular uprising but his own comrades who have turned on him,” said
Mavhunga.

Political analyst MacDonald Lewanika is of the opinion that transitions
are about compromise especially if they are stalemated, people will need
to give and take.

“It’s fairly certain that amnesties and so on will be on the table in such
conversations and people will need to choose vengeance or transition.
Besides, all the crimes that Mugabe is accused of, those seeking to
actively unseat him are also complicit if not guilty of the same.

“Given that reality there is no need to use Mugabe as a scapegoat and
think we have dealt with the issues when other culprits roam free,” said
Lewanika.

Analyst Farai Maguwu said there must be restorative justice, for instance
where the State can recover some stolen assets it is justified to do so.

“His family must be left with one farm. Some of his overseas properties
can be taken by the state and use the proceeds for reconstruction. However
we must avoid retributive justice which is driven by hate and unhealed
wounds. Mugabe has done much wrongs but I think the desire to move our
country forward is stronger and more compelling than the demand to take
revenge on Mugabe for past injustices.”

Political analyst Maxwell Saungweme said the nation must be bigger and
futuristic by focusing on how we can rebuild our nation.

“Mugabe should be allowed to die in peace and deal with his devils. We
gain nothing from prosecuting an old man like that.

“As a nation we should to take back plundered resources not only from
Mugabe but his other Zanu PF looters. These resources needed to go back to
the public coffers,” said Saungweme.

Playwright Leonard Matsa said the world over, transitions such as these
are always creatures of hard compromises that guarantees security to, and
of, the out-going.

“Zimbabweans will naturally want social and moral justice especially that
Lancaster short-changed them and 1987 Unity Accord has failed to heal our
people.

“While the GNU and any transitional deal with Mugabe will be another
compromise demanding the people to look the other way, the future must not
be held to ransom by the past. When the dust settles, we will use our
Constitution to address that which can be addressed and place long-term
insurances legally, fairly and without vindication,” said Matsa.