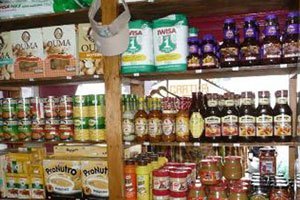 AFTER passing Statutory Instrument (SI) 127 of 2021 on May 26, 2021, the Zimbabwean government made a quick summersault on the new regulations through a press statement issued by the Reserve Bank of Zimbabwe (RBZ) on June 15, 2021.

Key provisions contained in SI 127 include measures that prohibit businesses from selling goods and services or quoting them at an exchange rate above the ruling auction market rate, issuing buyers with a Zimbabwean dollar receipt for payment received in foreign currency, giving buyers a discount for paying in foreign currency and setting out penalties for businesses that refuse to accept payment in the Zimbabwean dollar at the ruling auction market rate.

The central bank press statement (though vague in terms of addressing the above provisions of the law) notes that the bank had listened to concerns from the business community, which had requested the suspension of the SI.

The statement highlighted that going forward and in line with the recommendations from the business community on the need to continue to enhance stability in the economy, the central bank’s efforts to foster compliance in terms of SI 127 shall be limited to outliers that abuse the foreign exchange auction system, manipulate the exchange rate and fail to comply with anti-money laundering rules and regulations.

After the central bank press statement, the Small to Medium Enterprises (SMEs) Association and the Confederation of Zimbabwe Retailers (CZR) issued statements that the government had changed its position (based on their interpretations) and their members can revert back to pre-SI 127 prices.

The two cited a line in the central bank statement that refers to restricting the SI to outliers that abuse the foreign exchange auction system. However, a cloud of uncertainty and lack of clarity looms in the market since an SI is law of the country, which is more superior to the central bank circulars or press statements.

The temporary presidential measures that underpin the SI are a form of delegated legislation which can be enforced in a court of law and affect all economic activities beyond the benefactors of the auction system. This means that another SI was needed to bring clarity or cancel the earlier temporary measures.

On the ground, most formal businesses are still quoting customers in local currency and using the auction rate to convert to the United States dollar prices.

The result is that US dollar prices increase by more than 45% (spread between parallel market rate and auction rate). The lack of clarity is underlined by the fact that there is lack of trust between the government and the business fraternity.

Businesses operate with the view that government can change its policies overnight and the SI can be used to target them or specific players. The propensity for policy changes also increases towards general elections with the country set to hold harmonized elections in 2023.

The gazetting of SI 127 has given a massive advantage to informal businesses that trade in foreign currency, especially cash-and-carry grocery tuck-shops who offer cash discounts.

However, the existence of SI 127 does not mean that formal businesses are declining US dollars from their customers (i.e. foregoing the lifeblood from hard currency sales).

Most have devised techniques to evade various taxes and record US dollar sales as local currency transactions knowing fully well that the government has no capacity to monitor them. Added to this is the fact that 20% of banked foreign currency sales are converted to the local currency using the auction rate.

As such, most of the foreign currency sales are not being taxed or deposited with local banks. The trend will get worse as the spread between the parallel market rate and the auction rate widens with growth in money supply.

There is now a greater need on the part of government and the Zimbabwe Revenue Authority (Zimra) to offer incentives to tax compliant businesses and entice those that are informalising daily so as to curb the rising tide of the cash economy.

The Zimbabwean economy is firmly dollarised with foreign currency deposits in local banks (approximately US$1,3 billion) and hard currency circulating informally in market (estimated to be over US$1,5 billion) far outweighing the local currency in the economy (Reserve Money valued at ZW$23,85 billion or US$280 million as at June 18, 2021).

The currency of choice in all economic sectors is the US dollar and this has hardened production costs with suppliers using parallel market rates to price their goods and services in local currency.

This means that there is limited price stability and prices will be increasing in tandem with money supply growth or other market movements.

Additionally, purchasing power has tilted to the hard currency funded informal economy which can import all consumables at the expense of local production.

Over time, Zimbabwe’s trade deficit will widen. To manage the widening trade deficit, the government needs to reduce the tax burden carried by local producers, allow free market price discovery for strategic crops (maize, wheat and soya), review the cost of fuel locally and implement import substitution incentives to local producers of imported commodities such as steel, fertilizers, medicaments, home and industrial chemicals among others.

The delays experienced by winning bidders on the auction market (averaging two months to get allotted foreign currency) and the government reluctance to let the auction platform reflect free market dynamics means that foreign currency will not flow into the formal sectors of the economy.

This will continue to give a lifeline to the parallel market and present arbitrage opportunities in the economy. The recent introduction of the new ZW$50 note will lead to the rejection of smaller notes on the informal markets and a tendency to hike prices even though money supply remains under control.

SI 127 was passed in a huff to crush US dollar promotions passed by various businesses and curb the depreciation of the Zimbabwean dollar on the parallel market.

But, the regulation had unintended consequences that will take time to end in the absence of a clear suspension of SI 127 of 2021. Pricing distortions are now rife among formal producers with goods and services carrying different prices such as a Zimbabwean dollar (parallel market informed), FCA, US dollar (realistic price) and another US dollar price (informed by the SI) depending on the customer or nature of enquiry.

The regulations cemented the lack of trust in commend style monetary policies often pursued by the government and the central bank without consultation of the business community and other key stakeholders.

The most ideal (sustainable) policy on foreign exchange is to allow free market dynamics to determine price discovery on the auction market, while restricting central bank intervention to market failure scenarios and bank supervision.

Bhoroma is an economic analyst and holds an MBA from the University of Zimbabwe. — vbhoroma@gmail.com or Twitter: @VictorBhoroma1.

Newer Post
Why is Zim losing gold?
Older Post
Covid shows why Africa’s reliance on outsiders for health is a problem