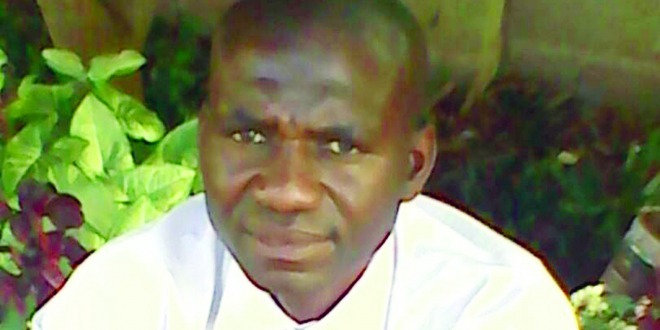 Problems in the constituency that the MP could highlight in Parliament

Performance of the MP in the Parliament

Sibanda is a fairly new MP who was only elected into office in December 2015 after the death of MDC-T legislator Thamsanqa Mahlangu. He has shown promise that he can be a good legislator, but needs to be more vocal during sittings of the National Assembly. He is more vocal during committee sittings than in the House. He sits in the Public Accounts Committee.

What people said about their MP

I am grateful to the MP for the wonderful job that he has done. I am one of the 719 students who graduated in hotel and catering management at Sizinda Vocational Training Centre last year through his sponsorship programme. I am now using my skills to earn a living by baking cream doughnuts and scones for shops and schools.

I have never met the MP since I am a very busy person, but I have heard that he has spearheaded many projects like assisting youths through vocational training.

I know him from feedback meetings. He tries but it’s only that the economy is bad. The MP must assist us by approaching local authorities to ensure that the sewerage system is sorted out, as there are many drain blockages.

I know the MP, he has been assisting widows like me through projects like jam making, bakery, home décor and candle-making.

Yes, I know him, but I last saw the MP last year, and I think he is no longer on the ground. At first, he was visible, but we do not see him these days. He now seems to be a busy man.

Honestly, my term of office only started in 2015, and unlike other sitting MPs that were voted into office in 2013, I think I have tried to do my best to assist people of my constituency. There is poverty in this constituency and the unemployment rate is very high due to the closure of industries in Bulawayo.

I have raised these issues with the government and I am happy that Bulawayo province is now receiving food relief from the government. It is something that was not happening before I came into office.

On issues of road infrastructure, our roads are now being attended to by the government. I am now pushing for the completion of Gwayi-Shangani Dam so that Matabeleland can have a green belt.

Bulawayo schools should be fully-equipped with science Laboratories as these are feeder schools to National University of Science and Technology. We have agreed as a constituency to channel most of our Constituency Development Funds to education.

We have eight primary schools and two secondary schools, and these are not enough. Pupils are forced to walk to other schools in other constituencies which are a distance away since parents do not have money for bus fares.

I have helped most of the vulnerable groups in the constituency by giving them clothes and helping them to acquire birth certificates, since I have a good rapport with the Bulawayo registrar-general’s office.

I have sponsored training programmes for youths and women in the constituency at Sizinda Vocational Training Centre. I started in 2016, and a total of 719 students have graduated out of a total of 1 500. Some are on attachment.

Most of those that have graduated have either started their own businesses, got employment in hotels and at food outlets and some are even employed outside the country in places like Botswana.

I have trained 500 women on value addition and have given them money to kick-start their various business projects. I am focusing more on empowering youths and women in order to build the future of the nation.

I have also launched a constituency magazine called Nkulumane Digest, which is being run by 15 youths whom I have trained as journalists from my own pocket. This is where a lot of information about our constituency is being disseminated.

In the magazine, we place adverts of products that are produced in the constituency and paid for by the advertisers. It is from these adverts that salaries for these journalists come from.

I also sponsor teams every year who attend a sports galla called “K Sibanda Trophy”. I have also given some aid in the form of clothes to church leaders so they could go and give to the vulnerable people in their churches.

I interact with my constituents very well, as I call meetings through residents associations and councillors are also invited in these meetings so we can share the platform together. I have an office in Nkulumane housing office where there is always a secretary receiving reports on my behalf when I am not there in the office
If people still want me, I will contest the forthcoming elections.