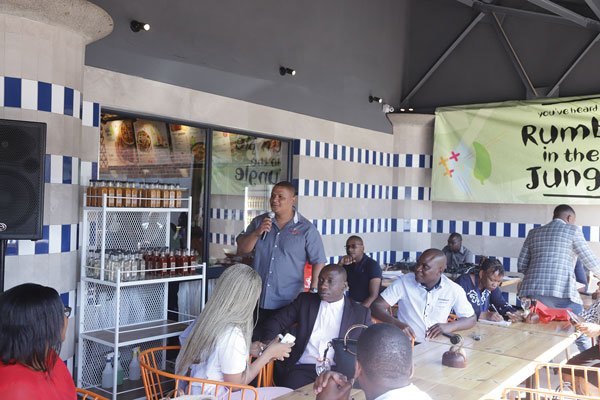 Quick service restraint chain Simbisa Brands says it will invest about $10 million in setting up 21 new outlets across the country this year, as it forges ahead to consolidate its share of the local market.

Simbisa Brands managing director Warren Meares told NewsDay that the company had an expansion plan which would see new outlets being opened throughout the country.

“At Gwanda, the two projects cost between $500 000 and $600 000, but we are yet to come up with a final figure. Nationwide, we are targeting to open 21 branches, of which four will be opened in Bulawayo, another four in Kwekwe and another four in Kadoma,” Meares said.

“We are, therefore, planning to invest about $10 million into these projects. We have said we want to add two more branches in Gwanda and we have just done it. We are excited about that,” he said.

Meares said the company would introduce new products into the market as part of its efforts to stay in touch with the changing needs of consumers.

Simbisa Brands operated as a business unit of Zimbabwe’s largest company by revenue, Innscor Africa, before it was unbundled and listed separately on the Zimbabwe Stock Exchange (ZSE) in 2015.

Besides Zimbabwe, it also has operations across Sub-Saharan Africa, with a total of 145 branches in Kenya, Zambia, Ghana, Mauritius, Namibia, Swaziland, Malawi and the Democratic Republic of Congo.