The atmosphere in Harare and other parts of the country remains heavy with tension and anxiety over the future of the country as, three days after the final announcement of the results of the elections in which Zanu PF and its leader Emmerson Mnangagwa were declared winners, violent scenes continue to be reported in the capital. 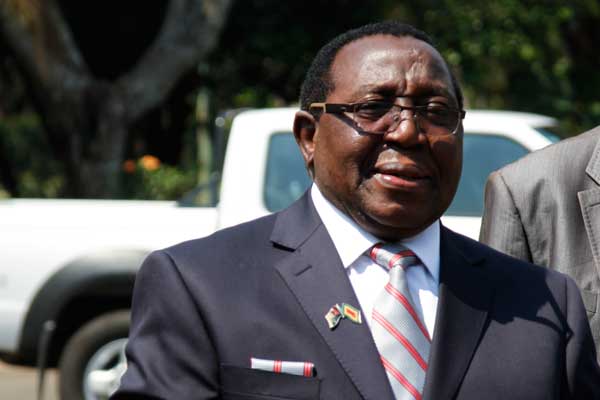 At least six people have died in the aftermath of the election which is being disputed by the opposition MDC Alliance, while vendors in Harare woke up yesterday to find their stalls had been destroyed by the local authority reportedly under the watch of armed soldiers and police.

President-elect Emmerson Mnangagwa has refused to take responsibility for the action of the army, who gunned down fleeing protesters and bystanders on Wednesday.

Although the shooting by armed soldiers happened in broad daylight and in full view of local and international media, Mnangagwa said he had no idea what happened and that he would set up a commission of inquiry to investigate what happened.

His deputy, Retired General Constantino Guvheya Chiwenga, denied that soldiers had shot dead the people, claiming that they had been stabbed to death with knives by MDC Alliance supporters.

The Standard senior reporter Xolisani Ncube (XN) spoke to Zanu PF spokesperson and Information, Media and Broadcasting Services acting minister Simon Khaya Moyo (SKM), who said that Mnangagwa was keen to get to the bottom of the issue and would set up a commission of inquiry. Below are excerpts from the interview:

XN: Congratulations on winning a Senatorial seat in Matabeleland South. How does it feel to win a disputed election?

SKM: Well, we won free and fair, Xolisani. Those who are disputing the results have the freedom to challenge them in the courts of law and I hear they are going to do so.

So, for us, we will not comment much on a matter that will be handled by the courts. Not until it has been finalised. We are keeping our mouths shut knowing that we won overwhelmingly.

XN: The opposition is claiming that the Zimbabwe Electoral Commission rigged the elections in favour of Zanu PF. Are you happy with the entire election process?

SKM: Well, as Zanu PF, we were happy with the process until the unfortunate incidents that happened in our country on Wednesday, where we saw the unfortunate death of six people and the injury of many.

We had enjoyed a peaceful election, but some people decided to tarnish that image, which we all, as a country, fought to build.

As Zanu PF, we had thought this election would demonstrate how mature we have come as a country in handling our disputes and ensuring that we deliver a free and fair election.

We had worked together as a people for this peace. Let us know that when we sink as a country, it is not Zanu PF alone that will be sinking, but everyone.

When we swim through, everyone will be happy. Let us learn to discuss issues without resorting to violence as a people.

XN: How about allegations by the MDC Alliance that elections were rigged in your favour?

SKM: They are taking their matter to court, which is the legal and correct thing to do.

Let us wish them the best and wait for the outcome. As Zanu PF, we won resoundingly and make no apologies for that.

XN: Who should Zimbabweans blame in your view for the unfortunate deaths that happened on Wednesday? Some are saying the military used excessive force and others are blaming the protesters.

SKM: I don’t think we are going anywhere as a country when we specialise in blame-games.

It is an unfortunate incident which we all regret and the president has pronounced himself on that.

It takes two to tango. Yes, I agree with you that what happened was bad, but we must draw lessons from that and, as a country, build our peace.

XN: Who could have sanctioned the shooting, honourable minister? It seems no one is really taking responsibility.

SKM: I believe the police have made the statement on that and tried to explain what happened.

Also, you have to understand that this is a security issue, which the police are the only ones who should talk about it with facts and a whole lot of information.

XN: You have not answered my question, minister. Did the government sanction the killing of the people and has any action been taken against those who did that?

SKM: As I said, the police are better placed to answer that. More so, the president has said he is setting up a probe team to look into that matter in detail.

Why not wait for that to happen? I don’t think any person would have sanctioned the killing of people.

I have said it takes two to tango and we must learn to resolve our differences peacefully, without raising voices or protests.

On the issue of action, talk to the police, they will give you the correct position. I am not well placed to talk about that.

XN: Wednesday’s events attracted worldwide condemnation. Are you not afraid the incident could taint the image of the country and destroy efforts by President Mnangagwa to sell Zimbabwe as “open for business”?

SKM: Xolisani, this was an unfortunate incident and we share the pain and misgivings together with everyone who is normal in Zimbabwe.

It, indeed, gives a wrong picture of Zimbabwe and its people, hence we have said it is unfortunate. The international observers are here and they saw what happened.

They will send a true message with regard to what happened. People should not try to do things that destroy Zimbabwe for political mileage, this is our country together.
Whatever we do right, we all benefit. If we fall, we fall as a people of Zimbabwe.

XN: Is President Mnangagwa still in charge of this country or someone somewhere is running the show and doing things that are meant to reverse the gains he has made so far in rebranding Zimbabwe?

SKM: I think the president is an open man who is approachable.

You could as well try him and ask that question. All I know is that what happened is regrettable and the president has made his position known.
He regrets it. He is going to set up a commission of inquiry to establish what happened.

SKM: You might as well ask those who are saying so because as for me as the spokesperson of government, there is no tension or mistrust among the security establishments.
Don’t create one because it does not exist. But for further information, kindly get in touch with the police or the said authorities.

XN: Zanu PF won a two-thirds majority in Parliament, but the presidential race was a different issue altogether, with MPs faring much better that your presidential candidate. How was this possible?

SMK: What is important is that he won and, as Zanu PF, we won. What you are trying to read through is neither here nor there. As a party, we had planned to win and we did just that.

Newer Post
Just like Zimbabwe, we will rue the day we chose populism over the rule of law
Older Post
Rookie Chamisa will learn from this experience