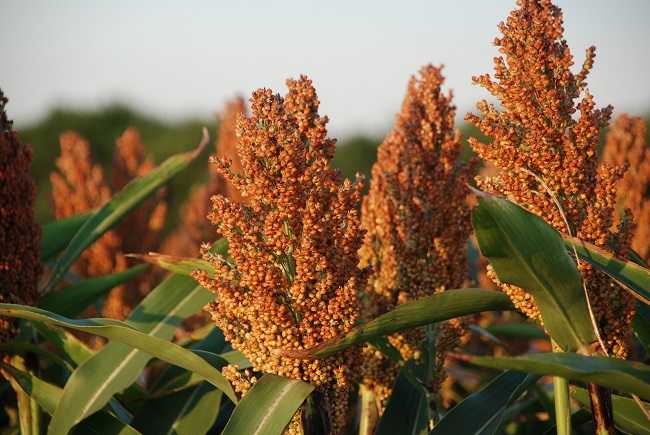 Gwanda district in south eastern Zimbabwe is located in agro ecological region 5 which is characterized by low rainfall which rarely exceeds 650mm per year and is poorly distributed.

The district is dominated by Kalahari sands which have poor water holding capacity and are low in plant nutritional levels that cannot sustain crop life without the addition of chemical or organic fertilisers.

Serious food insecurity and hunger have over the years affected Gwanda district due to low rainfall and poor soils and leaving rural households with limited alternative livelihood opportunities.

The production of small grains such as sorghum can effectively address food insecurity in the district and other areas with similar climate.

Sorghum can grow well in all the areas where maize, the staple food in mant countries in Southern Africa cannot do well, and has the potential to withstand very high temperatures.

Sorghum has been one of the most important food crops in the Matabeleland South rural areas and has clear advantages over maize.

Farmers in Matabeleland South have over the years been encouraged to grow small grains which are drought resistant.

This is because Matabeleland South including Gwanda district is usually characterized by poor rainfall patterns and long periods of dry spells.

Over the past decade, rain fed agriculture has not performed well, mainly due to the effects of Climate Change.

Some farmers have begun growing sorghum as a way of enhancing their food security.

One such farmer is Pauline Dube who has understood that sorghum can grow well in low rainfall areas like Gwanda district, compared to maize.

Over the years, she has tried to grow maize for her household consumption but it has always failed due to the negative effects of Climatic Change.

After receiving seed donated to her by a locally based Non Governmental Organisation, NGO, as well as receiving training by extension officers on crop diversification she successfully applied the new found knowledge on improving food security and livelihoods.

She hopes this will turn out to be a positive initiative in addressing food security in her household and community.

During training, the farmer was encouraged to use improved varieties of sorghum such as marcia.

She was also taught on varietal selection and crop improvement.

Pauline was able to plant sorghum on 0.8 hectares of her land.

From that, she is expecting to harvest an estimated 1.5 tons of sorghum.

The harvest will be enough to feed her family of five members for more than twelve months and sell the surplus to other rural communities.

In addition, after harvesting, the left over material from the sorghum crop can be used as stock feed.

She says food made from sorghum tastes better than that made from maize and provides better nutrients particularly preferred by diabetic and other patients. – ACCCKF.ORG.ZW