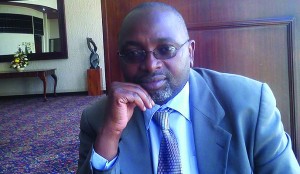 MUTARE ― Small-scale miners in Zimbabwe have welcomed their recognition in the Mines and Minerals Amendment Bill, but said this should be accompanied by support from government.

There are over 700 000 unregistered small-scale and artisanal miners in the country.
“It is a positive development in that it creates a sense of belonging, but when you look at the way artisanal miners have been operating, nothing much will change,” said Takavarasha, commenting on the Bill.

“Yes, the previous Bill did not recognise (small-scale miners), but there is more that must be done.
“Artisanal miners use makeshift tools and government should ensure that they are supported in terms of standard machinery, protective clothing, helmets and so on. We also need to reduce registration fees to affordable levels. We need laws that specifically speak to artisanal miners and not a one-size-fits-all (law). The amended Bill puts artisanal miners and established mining companies in one bracket,” he added.

Takavarasha urged government to take a leaf from other African countries that fully recognised artisanal miners.

Nigeria has a Ministry for Small Scale Miners, while Tanzania has amended its laws on artisanal mining three times ― in 2009, 2010 and 2012 ― in a bid to strengthen the sector.
Zambia took a similar route and introduced licences specifically for artisanal miners.
Manicaland Miners Association chairperson, Lovemore Kasha, said: “We welcome this development, but there are a lot of underlying factors that need attention such as equipment, and a favourable operating environment.”

Small-scale and artisanal miners contributed 53 percent of the 24,8 tonnes of gold that was delivered to Fidelity Printers in 2017.

Speaker of Parliament, Jacob Mudenda, recently told a seminar that it was time government recognised the role played by small-scale miners in the country’s economy.

“The days of calling small-scale miners makorokoza are over. We want the law to recognise them as key stakeholders in the gold sector. Their role has been pivotal. With their makeshift tools, they have managed to produce more than the giant gold companies that use modern technology,” Mudenda told a Parliamentary Portfolio Committee seminar on Mines and Energy in Vumba recently.

Mudenda said he wanted the Mines and Minerals Amendment Bill and the Minerals Exploration and Marketing Corporation Bill passed into law by March 31.

The two laws are expected to unlock massive investment in the country’s mining sector, expected to earn $2,5 billion from exports in 2018, up from $2,3 billion in 2017.